Fellow Offline Singleplayer here Bertuh. It was certainly a strange decision from a design perpective. These restrictions came with changes to the building system which included an anti-undermeshing feature, the inability to build beyond the green Cursed Wall, and the creation of new no building zones around many landmarks, in addition to the expansion of existing no build zones, and they were designed to combat cheating and griefing on official servers. But it remains unclear why these changes were ever applied to Singleplayer mode, and to the best of my recollection we have not been given reasons as to why from Funcom. But like yourself, I cannot understand why these changes were forced upon Singleplayers, and for that matter private server admins too. Perhaps it was merely an unfortunate oversight and they did not consider Singleplayer mode when designing it. Or it could be that it was difficult or impossible to apply the changes to one mode of play but not the other. But I do know that the impact these changes have had on Singleplayer mode, and private servers to I would imagine, have been profoundly negative, and I simply cannot overstate this. It is so invasive and overbearing. I know how serious it is to say this, so I do not do so lightly, but this was probably the worst change to Singleplayer mode since the Momentum Movement update, probably worse. But one thing is for certain; it takes away a hell of a lot of creativity, freedom and above that, fun from Singleplayer mode.

Bertuh I started a thread a while ago which documents the issues it has created for myself and other members here on the forum. You are welcome to have a read if you would like. But moreover, I would strongly encourage you to leave your feedback and experiences there so that they may be more visible to the devs. While Ignasi informed that it was unlikely they could remove these new restrictions from Singleplayer mode without breaking the game, he did also advise me to check back after a reasonable period of time had elapsed. So we never know our luck.

Game mode: [Offline | Singleplayer] Problem: [Bug] Region: [Here] Ok folks the weekend is here we have welcomed news that there will be more hotfixes incoming soon, and I have just dipped my toes into the new update for the first time. However, I have run afowl of what I can only assume is a nasty bug. For some reason I am now completely and utterly unable to build anyrhing on the western wing of my manor, and for that matter on any of its 3 floors. I cant put down a bench, or for that matte…

The obelisks’ no-build zone or Sinkhole area are not the issue.

No, it is that (from where I have surveyed), the entire Sinkhole. This is not just an elevator placement related issue, it was made unbuildable with the anti-undermeshing feature. The original post further clarifies this in saying:

or stairs at the obelisk in the Mounts of the Dead. This is not possible anymore.

No, it is that (from where I have surveyed), the entire Sinkhole.

I have no issues building around the Sinkhole, except for a small area next to the obelisk itself.

It appears that you are indded correct there Tephra, and I am always humble enough to admit when I am wrong! 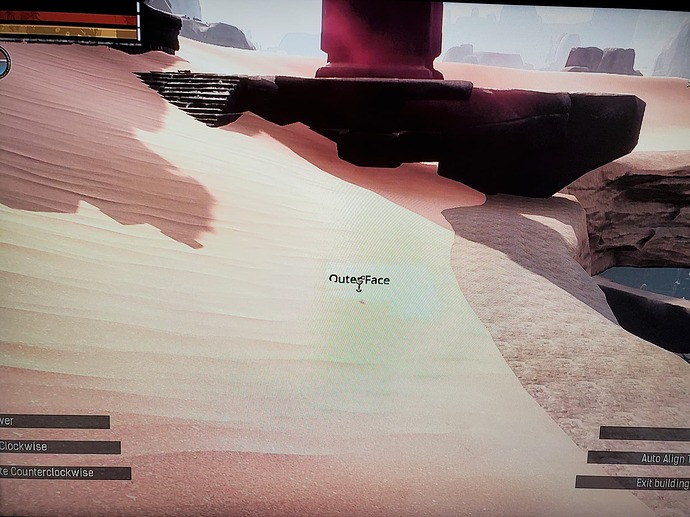 It has however been sometime since I attempted to build up the top near the Obelisk, and perhaps I tried to place it too close at the time, or perhaps I have just remembered incorrectly. But then I used to build, by that I usually mean place a Bedroll, down on the lower level down near the Undead Dragon. Which I realised is still a no go since the restrictions. 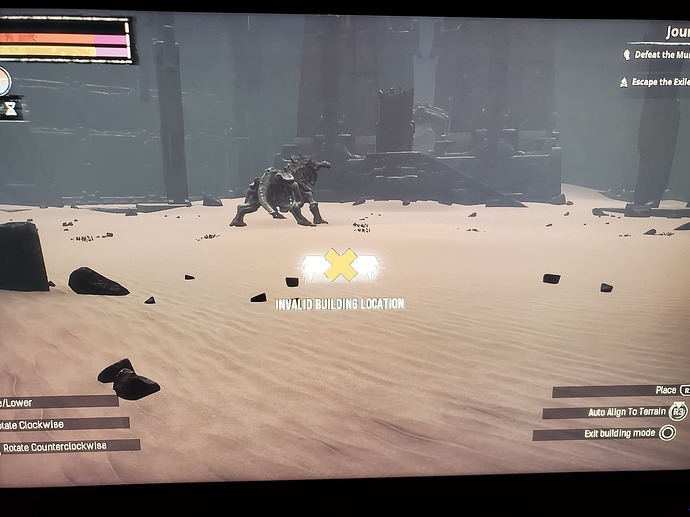 But further elaboration and concession aside, I would still argue that the OP was not concerned solely with elevator placement at the Sinkhole, ie-one specific location, but also the building restrictions designed for online modes being implemented into Singleplayer mode more generally.

That may be so. I don’t really have anything to say about the actual no-build zones. If it is possible to disable them for singleplayer, I’d support that.

However, the thing blocking putting an elevator into the Sinkhole is the elevator bug and is exclusive to singleplayer. I currently have two elevators going down into the sinkhole on my official server.

That may be so. I don’t really have anything to say about the actual no-build zones. If it is possible to disable them for singleplayer, I’d support that.

That is kind of you to say. Thankyou very much for your support.

putting an elevator into the Sinkhole

To be quite honest I had never even thought of that before. And even had I of thought of it this time yesterday, my immediate counter thought would have likely been, ‘nah, the beast down the bottom would likely smash it during our battles’. Cool idea.

These are my elevators on my official server. You can see why I have two.

I got the perfect alignment that these require to do what they do by complete accident. I have no idea how hard it would be to build this system intentionally, but I don’t imagine it would be very easy.

That is ideal placement. Enjoyed the video.

Nice… I was under the impression @Bertuh had actually tested before going public. That’ll teach me…

Thanks for your replies

Yeah, they tightened things up because players weren’t figuring it out on their own like should have been. So now it’s baked into the map - which carries over to dedicated & private servers as well as campaign and single player. Kinda sad…

There’s likely a mod that will open it back up though? Maybe this: 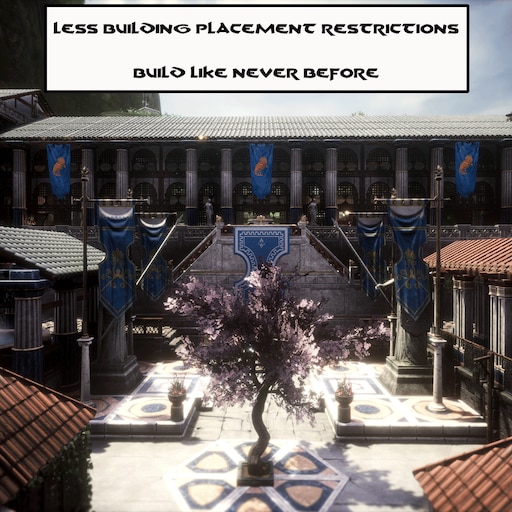 Yeah it is a bad feeling isn’t it Bertuh. I am so sorry to hear you are having these problems. And that is exactly what myself and some 12-14 other members have been reporting in the thread link I posted above. I have found that the entire western wing of my black ice manor is now unbuildable, and the building pieces are now showing up as ‘unowned’. Other people have reported uninteractable thralls and everything else in between. That is to say nothing of how much of a fight it has become trying to place a Bedroll near a location, or a structure such an Animal Pen. It would be great if Funcom could add the PCs ‘fewer building restrictions’ setting to consoles as an Admin Setting, or devise a way to switch it off. And I feel that the no build radius around some of these places is pretty excessive. A 10 foundation no build space right around an Exiles bonfire on the River biome!? Bah. Again feel free to leave your experiences with it in the thread Bertuh, but no obligation of course.

There’s likely a mod that will open it back up though? Maybe this:

This is a ps4 thread TeleTesselator, and consoles do not have mod support. Mods are not the answer here.

You can’t even hack them in… You know, like with HomeBrew or something?

This is another unrelated issue. They changed the way fish traps have to be set into water.

However, in my experience, it actually just made it harder.

Agreed. This has been a huge pain in the rear when I do play single-player (offline)

I understand why they did it, and I guess it was necessary for the online gamers (I have to say I was relieved not to have building near obelisks in my PvP / PVE-C game) , but the fact it also affects the single-player offline game is frustrating to say the least.

Even simple things like putting a bed-roll down or leaving a thrall near where you are becomes a bit of a hassle.

If I recall, it was floated in the previous thread about building restrictions on Single Player that possibly, maybe, do not quote them and do not take it as affirmed, treat it like the whispers from a Setite in the dark…
That there was a restriction toggle being considered for the admin panel in the distant space future.

Well that would solve a lot of the headaches , a toggle option would be useful in this situation.

Since a picture’s worth a thousand words: 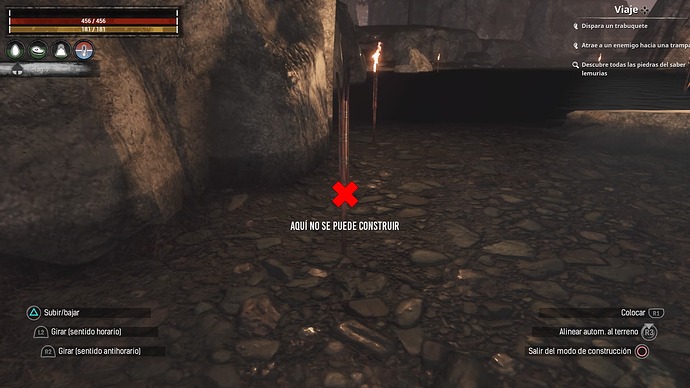 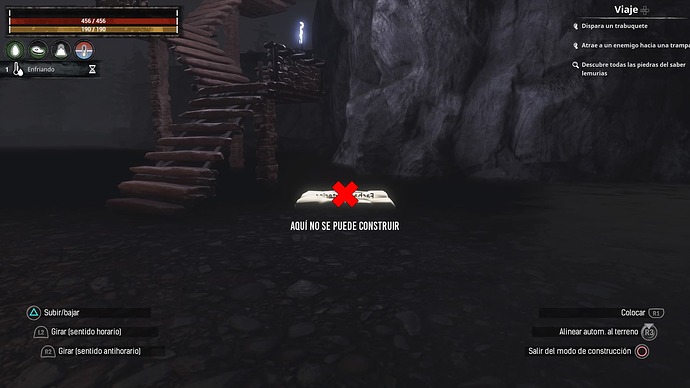 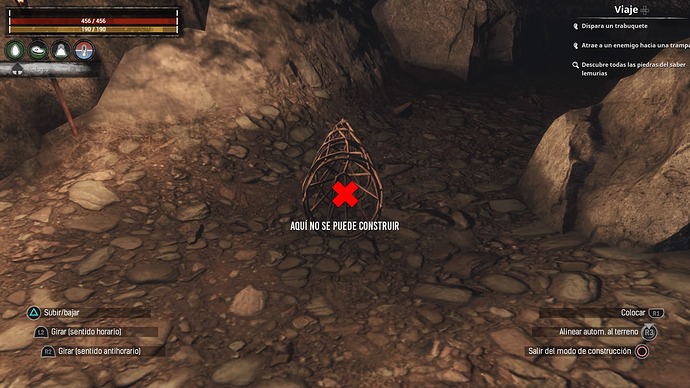 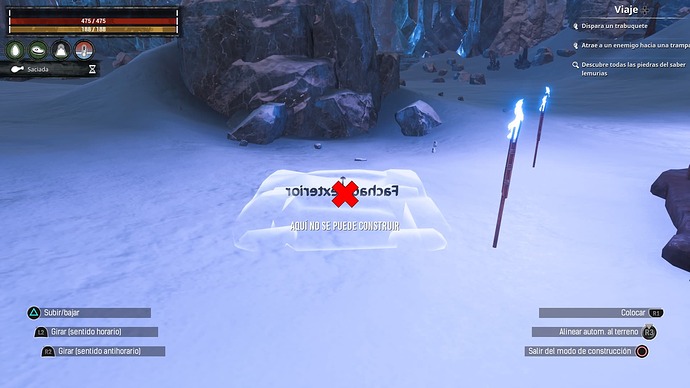 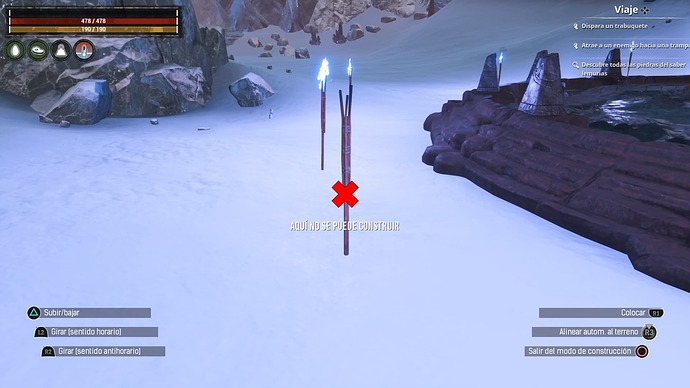 Thank you all for your contributions