If you’re going to nerf ambrosia like this at least give us something else to heal.

Use aloe potions or wraps.

For the love of god…

Stop asking this. It is a GOOD change no matter how hard you guys are defending this, it is still a cheap, skilless abuse. A cheat now (and was before, it was not intended - correct me if I’m wrong).
If you can not do animation cancelling, your oppontent can’t do neither. The chances for winning are dropped by the same percentage at both (or all) of you. 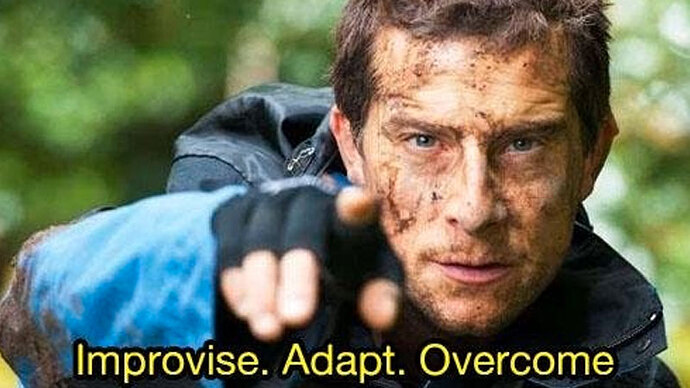 Learn to fight NORMALLY, not just like an a**hole. Stamina usage while blocking with a shield got changed. They modified their tactics. And it wasn’t even an exploit fix, just a change. Everyone got used to it.

Probably I’m gonna die a LOT (I would say 9/10 times) even in single player. But I will train and try harder. And you (not targeted only at you, but everyone who thinks animation cancelling is a good thing) should do this too, not just jumping itho a fight like a fanatic and being shocked when you die.

Every good player adapts and will be good at PvP. But that doesn’t change anything in PvP other than making it awkward. It’s the same if they switched control to NumPad. You can adapt, but what’s the point?

As I said in my first bunch of words (english is not my main language) adapting (how well and how fast the player adapts) if something changes shows how good a player is - for me and in general. Calling an exploit a skill and a core game mechanics is not what good player does. Adapting from an exploit TO an other exploit is the easiest thing, requires minimal or no skill.
Probably the devs will fine-tune the timing between animations to speed up fights a bit. Of couse it feels slow now because before it was too quick because of the shieldblock spamming and the animation cancelling. Raw example: if I drive 250km/h on a road (I’m not allowed but I can) and suddenly I slow down to the legal limits (130 in here) I will feel like I’m walking, but I’m still going at the speed as I should be going.
It’s just frustrating to read that every second posts are “whines” about a PROBLEM being eliminated.

As for the ambrosia: foods are better for long lasting but healing slow. Positive: no amination. Drawback: slow regen, not ideal for mid-fight using. Healing items are way better healers but at the cost of animation.
Religious foods (alongside with the purified flesh) should be in the middle somewhere. Still no animation, a better healing than food but not that sudden hp regen such as a wrap or a potion.

u cant use aloe pots in the middle of fights and definitely not wraps… we gonna have a running meta where you get 1 hit by an axe and run and run until u get to saferty and heal and then run back to fight… then people in the fight is probably gone… so its gonna be this or very short fights!
A good Idea maybe make wraps a good healing item with shorter animation and cant attack but can heal while sprint or something just a thought… cause as it is now wraps/bandage are not used in the game…!

if u pvp u see how quick the movement of a player is and the attacks should follow the pace, not make it even slower. and im talking about unwield needs to come back as patch 2.3.
Its very good they got rid animation canceling with offhand (throwing axe, rope/bindings, shield, torch ect.) to remove OP macro spammers

and your words : adapting (how well and how fast the player adapts) if something changes shows how good a player is.

we can adapt and we do all the time… but you not gonna play a game if it feels unresponsive/slow and boring… it kills it… gameplay to be fun has to be quick and snappy in harsh survivel game like this.

you don’t pvp you have zero clue how pvp works.

you cannot use an aloe potion in group combat. you get hit and the animation is cancelled and you die.

Its ironic that you say I don’t know how to PVP but yet you keep complaining about dying in 3v1 situations. I’ve been PVPing for the better part of 25 years. So let me educate you on how to PVP.

First thing you need to do is learn the three aspects of competitive online gaming. These aspects are as follows:

What you Know
What you Have
Who you Know

What you Know, is commonly known as ‘player skill’ this is the culmination of all of your game’s knowledge, your experiences, and your practice in the game. This is your personal ability to react to many situations both on a mental level and on the execution.

What you Have, is everything associated with the progress in the game. For Conan Exiles this is your character levels, feats, gear, base, loot, and any other statistical bonuses, effects, and general equipment. Basically what you have access to at a given moment.

Who you Know, is a commonly overlooked aspect but it encompasses your personal network of potential allies. These are your friends, clanmates, allies, and generally people you can call on to assist you at any given moment. This is also your ability to lead or cooperate with others. As well as ones personal charisma and gaming networks they have developed even outside the game.

Having all three aspects is important to the success of the individual. Lacking one can cause issues. For example a group of 5 players new to a server maybe great at the game. May not be lacking in number. But being level one and having no gear puts them at a disadvantage, if albeit temporarily. In your case you seem to lack the third. The point here is you shouldn’t be engaging three players by yourself. You should be engaging players with your own numerical advantage.

As for what PVP is. PVP is not fair. PVP is not nice. PVP is not equal. Because if you and I were to engage into PVP. I wouldn’t bring just myself, or even a few. Because while you may have spent a few hundred hours getting good at a single game. I have spent nearly 30 years playing online games and forming relationships and friendships in that time. And I have no issues using that time to my advantage if my intent is to win.

Oh sure there’s dueling and fun little games akin to WoW BGs where both sides engage in equal numbers. But that isn’t PVP. Those are games. While PVP is played within a game and in itself a game. It is far more competitive then simply getting a few honor points or whatever the game in question offers.

At the end of the day, you need to stop complaining about changes and do as others’ said. Learn them. Adept to them. Because otherwise you’re going to to be lacking in aspects one as well as three. While others are not. You have to decide if you want to win, or lose. Cause PVPers strive to win in a situation. They don’t sit there complaining hoping the situation will change for them.

Every thread in these forums that involves any aspect of pvp results in a ■■■■■■■ match. Hopefully an upcoming game (won’t mention as that’s a bit rude lol) can see some of these toxic members vanish from the forums. Everyone’s opinion counts. Disagreeing is one thing, but if you lack the maturity to voice your disagreement or be disagreed with without making it personal and a flex off i would consider you a bit immature and quite frankly more than a little insecure.

At the end of the day, you need to stop complaining about changes and do as others’ said. Learn them. Adept to them.

Can i be you for today?

If you start a fight, be ready to finish it, or die.

So pvp moved from “who has more ambrosia in the backpack” to " who is more skilled and can land more hits".

Isn’t that what pvp should be about? Skill?

I have 5000 and more and i play on rp/pvp serveur, animation canceling was a very good mechanic for the game and was thinking its was a part of the gameplay mechanic… Sad to read it was not the case… (I come from vsfighting universe) It was the thing i loved to do for trap and brain my opponent. It was the real skill and the only one. Now what the combat system have for having fun? Corrige me guys if iam wrong, all the fun is throw away without it.