If you search for a clan, and accidentally create your own, do you still lose your stuff upon leaving?

So, I was just typing a random name in the clan finder and hit submit without really thinking, and got the “Clan created successfully” pop-up. I didn’t want to create a clan, so I went to leave, but it then says that leaving a clan will forfiet everything I have, and that it will remain clan property. As the creator/only member of this clan, I really don’t want to lose everything I’ve got to this mishap. If I do leave the clan, will I lose everything or will it default to the last member of the clan, i.e. me?

Supposedly, the last man standing in a clan gets all clan assets upon clan disbandment.

It’s that “supposedly” that has me worried. I have 225 hours logged, at least 220 of which are on my main server, two fully functional bases, and I really don’t want to lose it all. . .but screw it. I’m going to test it. If I do lose it all, I’ll just re-make my char. Not happy with how her face turned out, lol. Will post here what happens.

Editing to add: last member does get everything. Clan disbanded and I still can interact with my stuff. Confirmed on official server 1821 PvE-C

it is true, if you are the only person in the clan, leaving or disbanding the clan

you will still have ownership.

It’s that “supposedly” that has me worried.

I have not personally tried it yet, this is my understanding to the process. Worst case scenario, you can loot your base when it decays.

But seriously, this is the running consensus for this matter.

If you are the only in the clan, you will not lose your stuff by leaving it.

I’m sure you keep track of those hours. xD no offence man I just think it’s funny when people bring up the amount of hours they put in instead of saying they have been playing X amount of years.

I mean it does kind of make a difference. Someone who has playerd the game on and off for 2 years, compared to someone with less time but is much more dedicated and has double the hours in game, that makes a difference, I guess that’s why people usually say their in game hours over how long they have had the game sitting on their hard drive for.

I have a story that kind of illustrates this, A buddy from work suggested I check out warhammer 2 total war. He had it for like 2 years and played it on and off and had taken a few breaks from the game, I obliged and fell in love with it, played a lot of it and ended up surpassing the hours he had in game, after 3 months we decided to play some 1 v 1, I warned him I was fresh and had been playing a lot, but his confidence in his much longer history with the game encouraged his assurance in victory, he very quickly learnt that how long you have known a game does not compare to experience payed in game hours. It got to the point where I may have thrown one or two games because I was starting to feel a bit bad and he was a bit rusty so like a good homie I made silly cough “mistakes” cough.

History with a game does play a role in overall game experience that’s is for sure, but nothing beats the actual amount of in-game experience itself.

I guess you miss the no offence part.

it mean absolutely nothing

So as someone who says he got X amount of hours. It’s entirely up to you alone to believe or not if their statement is true. I can say I have 10k hours on the game, it might or it might not be true. To prove that you know the game it’s not a question of telling others you know the game. It’s by sharing knowledged and experience with other. Each and every single one of us is allowed to have an opinion and this is mine. No offence

I can literally see on my steam profile how many hours i have in conan?

all ur stuff will stay on u. did it many times with many players… so no worries

Was this fixed? and when? Cause leaving a clan as last member would leave you sol.

Its been awhile since I was in a Clan online, and I was last to leave (server time was up) and ya, lost access to basically everything.

Everything was marked as owned by another player.

As for amount of time played… time really means nothing. I got 10k + in some games I play over the years… and even I get stuff wrong or forget cause the games 10 years old, or 1 or 2 or 3.

Its been a few(several) months for me since I last left clan I had made on are server. And SP works abit differntly.

Was this fixed? and when? Cause leaving a clan as last member would leave you sol.

I did this, the same day I answered.

to the best of my knowledge if you are the only person in the clan leaving makes no difference.

Its been awhile since I was in a Clan online, and I was last to leave (server time was up) and ya, lost access to basically everything.

Are you sure you were the last person? 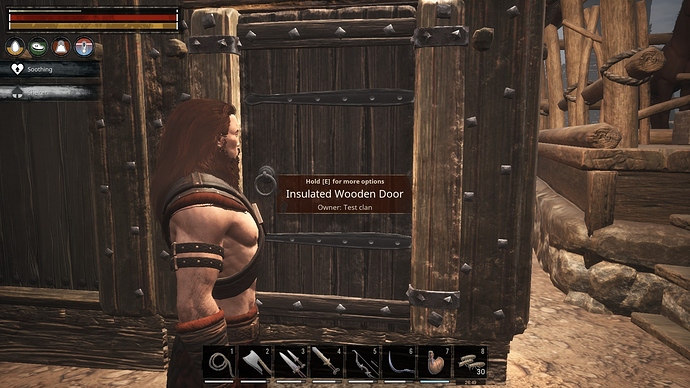 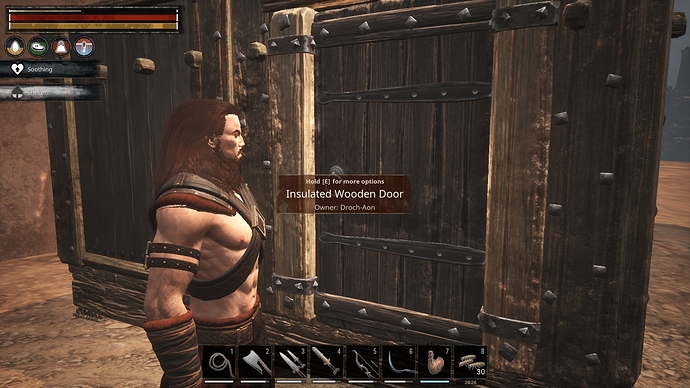 Yes, Only me and another. And she left to join main group, and I left abit later after condensing items to go join other group for one last party.

One of issues we had, ( early 2019) was we’d make stuff, leave clan and restart character. But some of objects wouldn’t persist right, or thralls were floating or items were unclickable. So we created/used 2nd PSN to build stuff in a separate clan, (dungeons, caves, castles, forts) to be raided by other players for fun.

So basiclly one of us was dungeon master hiding in rafters/walls in god mode doing stuff, well group ran thru area.
Alot of content made, became owned by another player once I dropped out of clan.