I just want to say how awesome this is. I can finally look like a barbarian no matter what armor I’m wearing 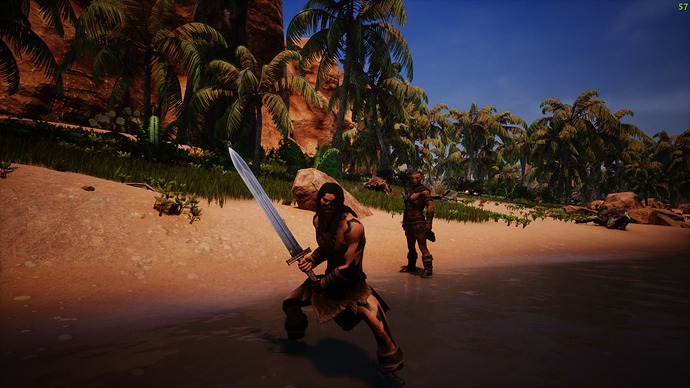 I love it. There are set armors I use over and over because of their stats, but I have all of them. 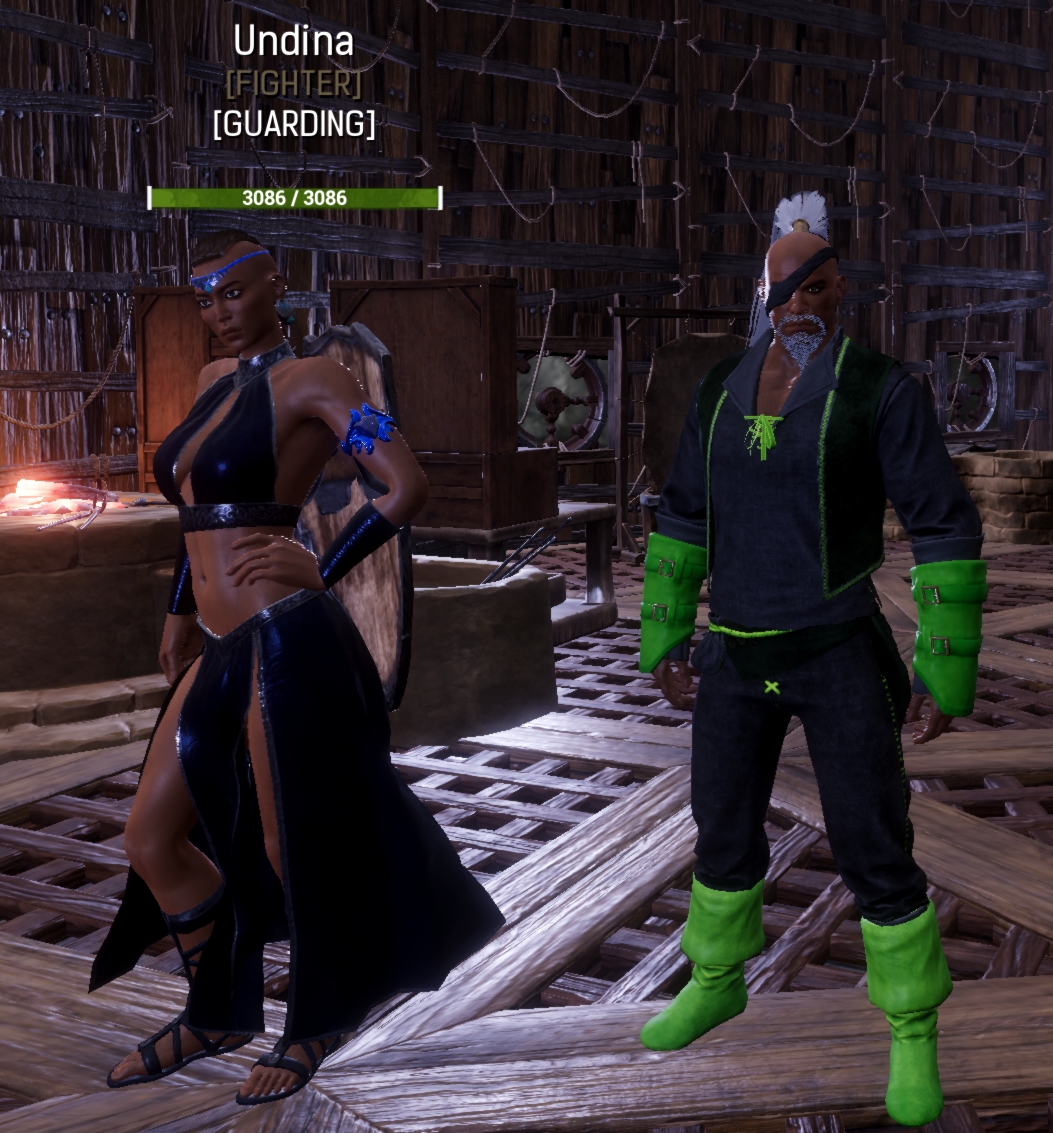 heavy Stygian under that.
Issues:
NO YAMATAI short sword.
Can’t use the armorer bonus items T3/4s have.

Can’t use the barrel lid as a visual for a shield.

My only problem with the illusion system is that it is so completely illogical. Someone having Godbreaker armor protection while wearing a silk thong. Having complete cold weather protection while basically naked. If they had limited it to armor classes, light-light, medium-medium, it would have made a lot more sense. But being completely open ended really just caters to those looking to run around naked while being meta. I love the barbarian look. I just think if you want to play the barbarian than learn to play like one. Conan did not stand there in the comics and movies and take massive axe chops to his face for zero damage. He parried and dodged because getting hit would have meant death or at least severe injury. I myself like to play the quick, agile, thief, barbarian sometimes but in doing I understand the combat change from a plate wearing tank. Everyone should play the way they want, I personally just think the current version of the illusion system is pretty cheese.

It’s an illusion. What you see is not what you actually have. It’s still Godbreaker armor, but a wizard made it look like silks.

If they had limited it to armor classes, light-light, medium-medium, it would have made a lot more sense.

Hyperborean Slaver (heavy but is basically a loincloth) begs to differ

We can’t party though and blocking and rolling only get you so far. I think it’ll work nicely. It will be funny when the guys who always pick on a easy target, gets their ass handed to them because the guys in really good gear lol

Hyperborean Slaver (heavy but is basically a loincloth) begs to differ

Oh I am with you. Why I said more sense, not complete. Funcom had already dropped the ball in a major way with this game’s armor system. Absolutely nothing in this game makes sense when it comes to armor. Buck naked fur vest giving more cold protection than complete coverage armor. Heavy armor that is nothing more than a BDSM outfit. I hear you. This game’s armor system is a complete joke from the get go. I have always had hopes they would maybe come back and make it better rather than add more nonsense. Like I said, read the comics and watch the films. No one sat there and ate hatchets to the face in a loin cloth.

I was lmao in sub-zero in my metal shorts 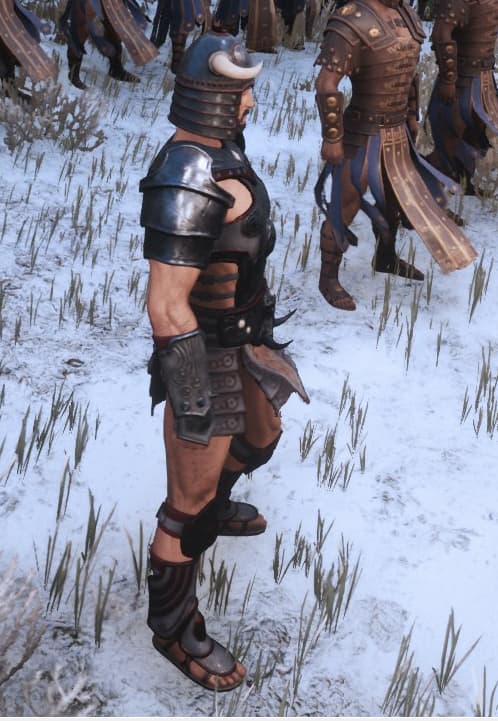 The funniest part is at the time me and the person I played with had a base way up north and one near the oasis… and when traveling between them back and forth… on the border we had to switch to heat protection armor to avoid getting a heatstroke… Guess which one that was?.. 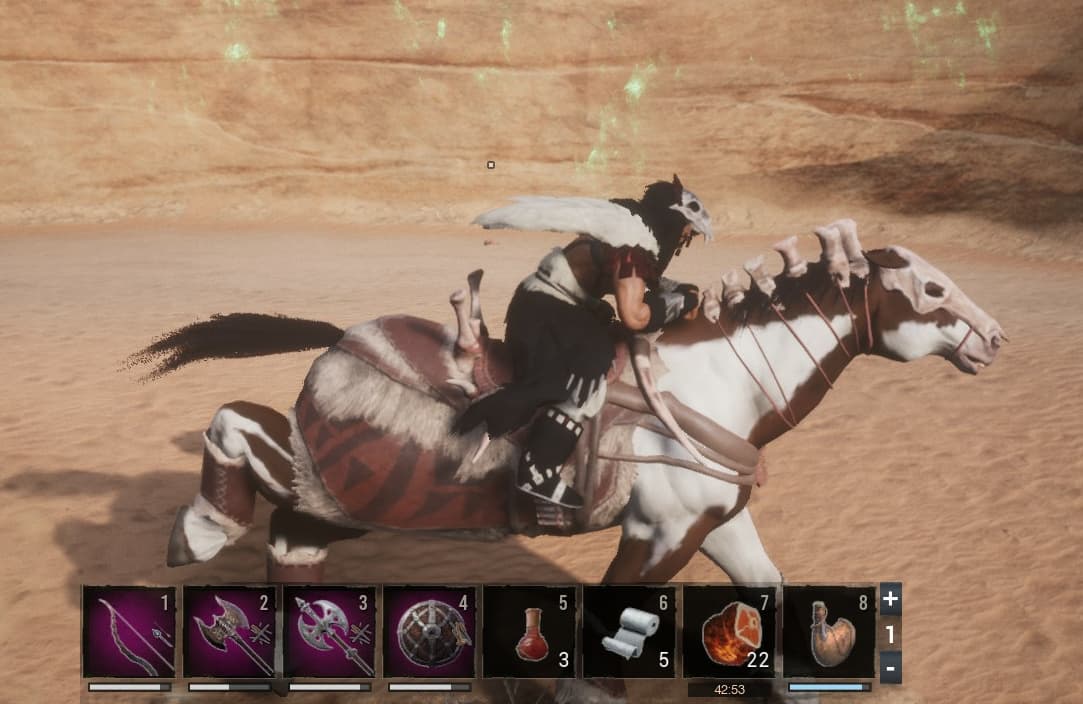 In this game you just never know

I have made all the same points you have on many an occasion, so yeah - preaching to the choir man!

Ultimately I am very happy that it’ll now be up to players to mix and match as it makes sense for them, rather than trying to retroactively fix a flawed system (less flawed than it used to be, but still kinda messed up). Now you can pick the properties and bonuses you want, and make it look how you want, whatever that means to you. If that means heavy armor and full cold protection while being clad in thongs and nipple clips - so be it. If that means having cold protection only in gear that is heavily furred, great.

The only ones who lose are those who used to choose their targets based on some meta judgment on whether they’d be easy pickings. I think that’s a reasonable sacrifice.

yeah the illusion system is great and something i’ve wanted in the games for a long time. It gets old wearing the same meta gear for years.

Also fantastic to see the restrictions lifted from it as well. Being able to make heavy have a light appearance ect. 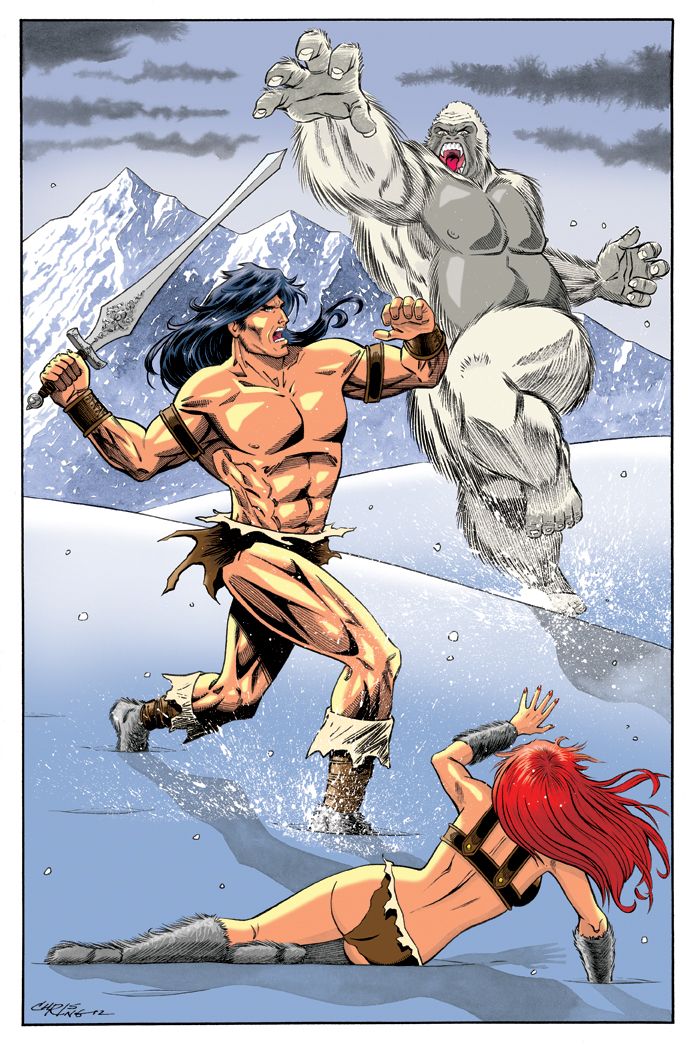 The only ones who lose are those who used to choose their targets based on some meta judgment on whether they’d be easy pickings. I think that’s a reasonable sacrifice.

This right here is what I’m talking about lol. I’m going to run around in the best armour I can and make it look like real low tier armour

Conan fears not the cold!

True, true - though in most of the Howard stories he doesn’t mind clothes or even heavy armor (if available to him) - all depends on the situation.

Still, the barely-clad barbarian in the snow IS the archetypal image, whether it makes sense or not.

The only issue I have with the heavy armour being suited to the cold. Is most of it simply isn’t suitable. Metal armour freezes in the cold and then makes you colder and the articulating joints will seize up too, meaning less mobility. I get the silent legion as that’s meant to have mystical properties. At the end of the day there are dragons and such in the game. It is fantasy, but I do wish fur armour was better in the cold than it currently is.
Like the nordhiemer stuff should be good for the cold, but it’s pretty much useless lol

and the articulating joints will seize up too, meaning less mobility

no plate armor i’ve ever seen or worn used joints and neither do those i can remember from ingame. I’d actually say beyond reneissance moveable faceplates or late medieval equivalent no plate armor ever did. if not for anything else then just for the reason that you can break joints WAAAAY too easily. Usually armors use leather belts and other soft materials to make overlapping plates hold together.

the point about them being cold as hell still stands though, they radiate heat all over it, but you can help with just wearing paddings underneath. Them being too hot in warm weather and with bright sunlight shining on them… cannot alleviate that…

It is about player choice, making sense or not. That was why I posted in another thread a request for the server admin to choose if they wanted to disable the system for their private server settings. I mean even Fashionista, which let’s just be honest is what Funcom stole for this, already has the option to limit to weight class. At least they are keeping the weight and stamina for the original set so while it may look super sexy it is still a 40lb bustier. Respect for personal preference is a two way street. Yes, a player should be able to look they way they enjoy, but the players around them should also be considered when it might alter their gameplay or enjoyment of the setting.

Wait…so you’ve seen me on testlive?

Nah but you left your webcam on shudder