So I’ve been searching and using the map to find out where these thralls are hiding and I cannot find them, I keep killing the people already there but right now I’m really tempted to spawn them in myself, knock them out just because it’s becoming tedious, its already bad that the animal pet spawns are set to low

You could try the T4 Followers spawn mod by @Multigun. There are three versions of the mod: mild, medium, and always. Only use one of them, but that will increase the spawn rate for you.

Personally, I like using the Medium version. Not guaranteed, but certainly more frequently than the game’s default rate. 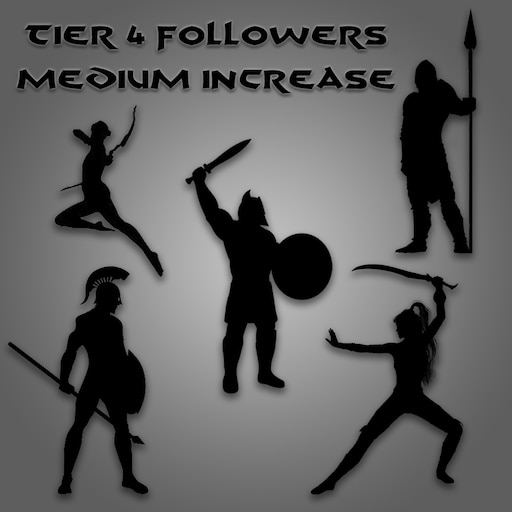 A bit late to the party, but…
Until I reinstalled Multigun’s mod to increase T4 spawn rates, I found I had the most luck at finding T4’s at the Black Corsair camps on the north coast of the Isle of Dusk. Some also spawn at various unnamed Accursed camps with no map symbol.

But yeah, the vanilla spawn rates are low.

But yeah, the vanilla spawn rates are low.

Yes they are indeed!!!
Especially the blacksmith and Armorer spawn is very rare. However we must not forget that in exile lands we have the teleport mechanism that allows as to find easier blacksmiths and Armorers because of that. Without teleport even in exile lands these crafters would be hard to find! But not as hard as Siptah!!! If you camp for couple weeks in Sinners refuge you will probably get Armorer and blacksmiths with the specializations you need for sure! In Siptah it took me 4 months to find a blacksmith and an Armorer before I try surge!
Then again when I started the surge people were coming killing my named crafters and I was omg!!! What I have done to you m8? Surge is really cool, better than purge, because you have no risk except the jerk behavior of others to come and destroy your surge… Yes… ■■■■ happens I know

. However this is my best suggestion to the op. In Siptah focus on gathering statuettes and??? and summon surges, it’s your best chance. It’s extremely easy to farm for a tier 4 surge per week. One surge per week will grand you tons of goodies and eventually named Armorers and blacksmiths! The greatest part is the named bearers and fighters you take from surges, they are unique and spawn with unique armor pieces you cannot fix in game. So focus on surges I say and problem solved