Javelins are missing from garrison workbench. Built it previously from the standard blacksmith’s bench.

Actually, there are several things missing: 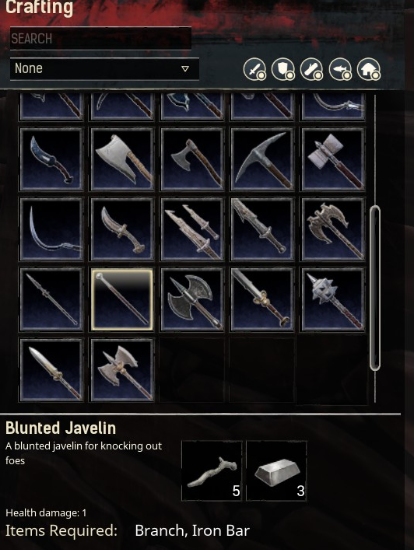 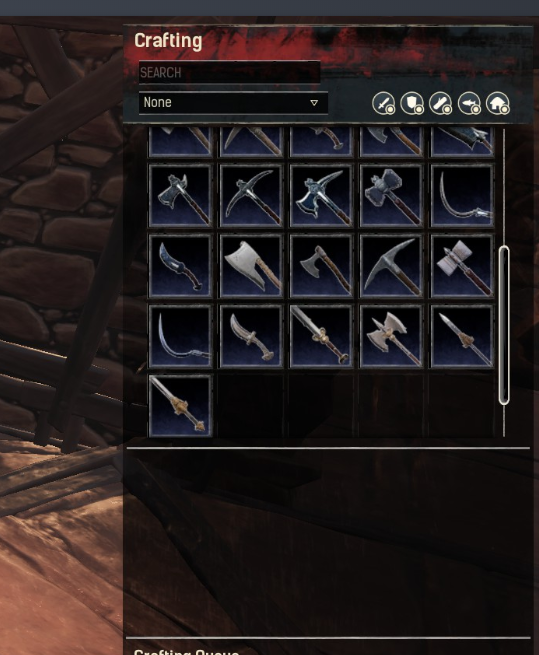 On mine all of the weapons are missing. The bars, reinforcements and tools show up, but nothing else.

The weapons show up fine in the Improved Blacksmith’s bench. 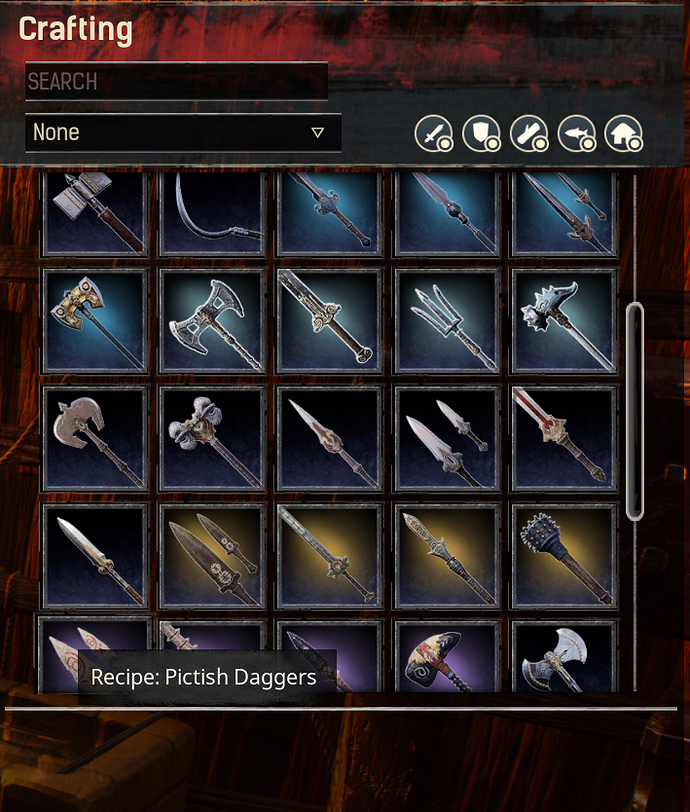 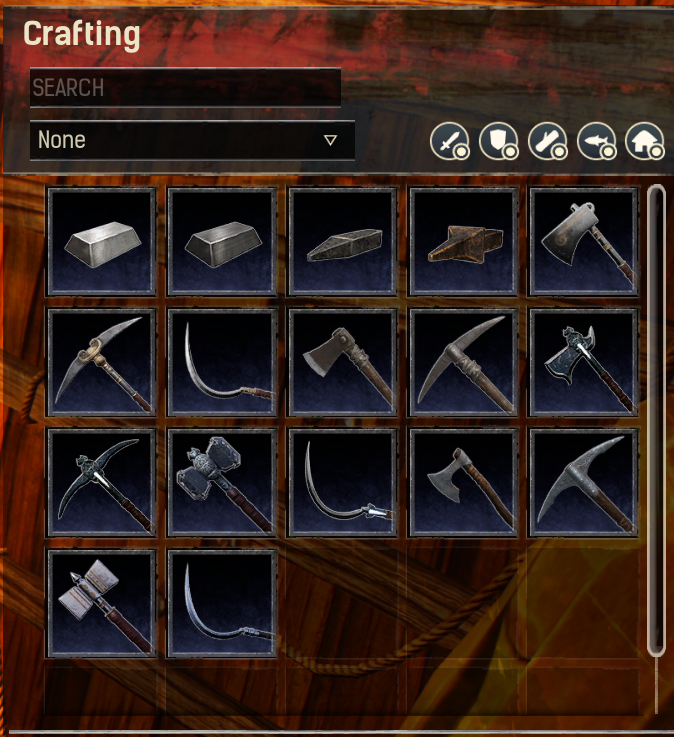 Since you mention this is an issue happening in a private server and just before we relay it to the team: are there any mods installed?

I usually have “Hosav’s UI Mod”, and “WYSIWYG Wheel of Pain” installed.
I removed them both to test if the problem persists; it does.

Thanks for looking into it.

since the Garrison benches only shows Exiles epic receipes , and the "high - level tier " objects ( but not for the tools ) , I think it is intended since the introduction of the workbenches was to have smaller crafting lists !

Yeah, I’ve found the same thing - ‘epic tier’ weapons can be crafted in the garrison blacksmith bench, but non-epic tier requires basic or improved blacksmith - I assumed it was intended (like @Kanza1 says, to keep crafting lists shorter) .

I will admit, it does get a little confusing sometimes right now - I’m mostly using a mix of hardened steel weapons (basic or improved bench only) and Acheronian weapons (which are available in the garrison bench - so worth doing for the cost reduction), so I often find myself looking through the wrong bench for things

Yeah, we went from recipe bloat to crafting station bloat. Best option would have been a drop down box (like is in the inventory to sort dlc stuff) for recipe types

Thanks for the confirmation. We’ll send this to our team to see if it is intended or an issue.