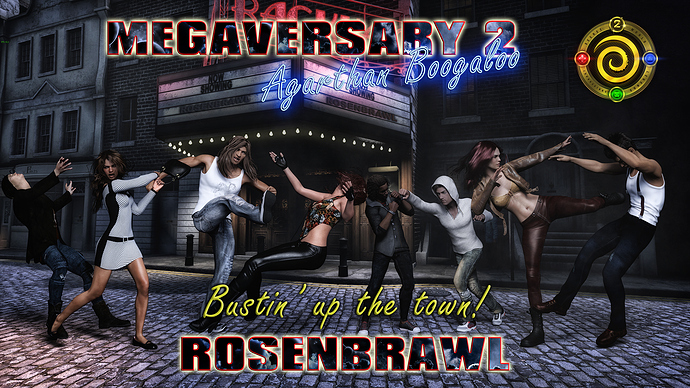 Before you close in frustration that a rng/itemdependent event will be held: WE GOT YOU COVERED.
Thanks to the help of the funcom staff people that should not be able to get in due to a lack of a Rosenbrawl invite will be pulled in to join the fun.

With that out of the way:

See and witness the Rosenbrawl frequence. 2019-06-23T15:00:00Z we will have a mass brawl in the Rosenbrawl with as many people as willing to join the fun.
The event will be going for as long as people are around and willing to keep the brawling going.
Ever felt shambala is to onesided? Well with Rosenbrawl you should find it easier to knock a couple people down.

I’m sorry, it’s been a while since I’ve been on… some things happened. What is Rosenbrawl and how to I access? :3

The Rosenbrawl is a Fightclub style arena based around three sets of diffrent boxing loadouts for fistfights. Entry normally works over an invitation by Rosenbaum, the owner of the Tabula Rasa in London, which you get either from people who already have it who get a weekly one for giveaway or I believe as a rare Shambala drop. For the sake of the event we have devsupport to work around this hindrance were necessary.
The arena is a custom version of the london Park: 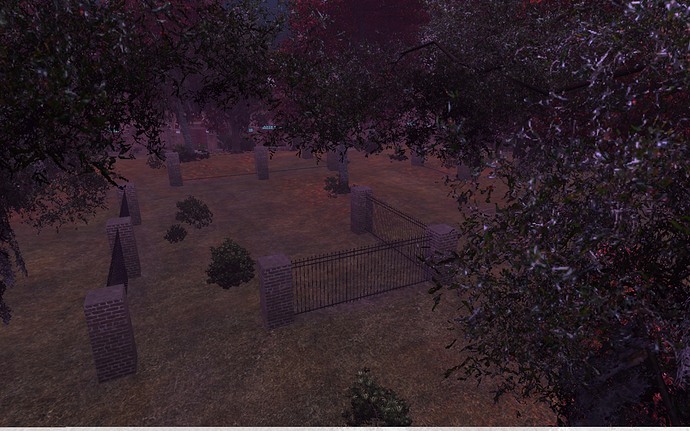 i want to go so bad T_T oh no… so i should ask around?

While normally yes. For the event the devs will be around (since I anticipated it being an issue for a sizeable art of the community) to pull your character into the instance. So no panic. Everyone can participate, wouldn’t be a communityevent without the whole community.

Thank you all for coming! 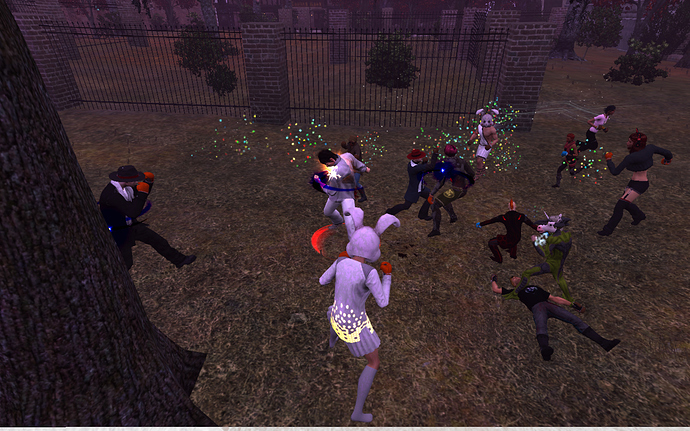 It was real blast! (get it)
Thank you so much for putting it together, and grats to the (other) winners of the raffles!
Shame about the invites but we sorted that out pretty well in the end…