Hi guys, not sure what this is. But I saw a lot of people climbing a big tent in Kheshatta (there was more people there but couldnt catch them on all in my picture as they were a bit spread out). Anyone know what this is about? 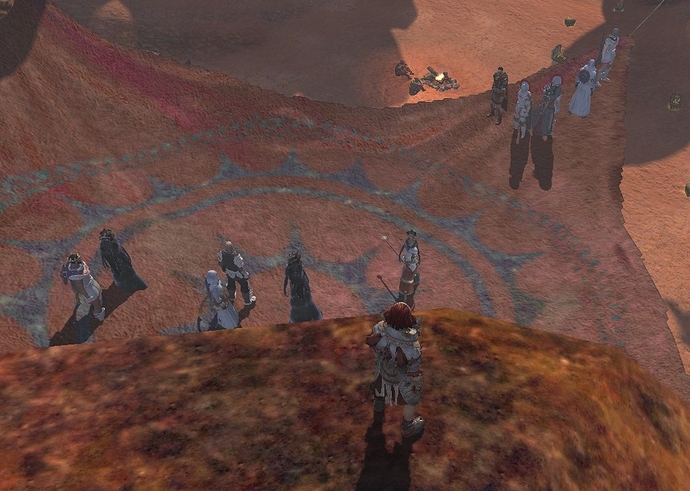 Sorry for the low quality of the image.

they wait for an 80 to come by and then bounce around a lot from what i have seen , it looked like a lot of fun so left them to it

It’s a new achievement that involves seeing how long you can turn in circles before getting disconnected due to a lag spike!

It was just RP-event. Nothing to see here, move on!

Here you go …the days of high adventure. Lol

If only that was fury, would have logged my demo

Farm smth else than mobs
I did see few tombstones there, So I can assume that few of them died which made me giggle a bit

So what’s the name of that achievement? Losers on parade?

They identificate as a Role Players

Hey @AndyB could we have a group boss spawn from time to time on this tent? You know… to empower the RP feel and fun for all those bored lowies

I see it more as a healthy fear of death to lag/latency/freezes. My two first attempts died because of that. I’ve levelled a few times to 80 deathless before this as a challenge for myself, when we had better server coverage.
Current attempt I powerlevelled to 40 because I prefer questing at this level. I used to be so against powerlevelling but now I don’t really care. Let people do what they want.

Damn, I missed the show! Might do something to make it happen again…

LOL well what else was going to happen.