I had an idea just last night and just as you have thralls that work on your benches how about thralls that you could place at trees, rocks, iron etc that slowly collects that items resources passively. Have it be at a steady pace but not enough to render you harvest things yourself useless. Not sure how something like this would be made to not keep resources from respawning if it got harvested by a player while a thrall is at it.

Totally agree. if you have people who can sacrifice their lives for you, they will be able to dig up stones for you.

It’s can be placable object (named “quarry” or some) like furnace or campfire. We build this quarry, put in worker and some food, and ouer object slowly generated stone. It’s my vision.

Yeeeah, not a great idea IMO either. No thanks.

Although it might be fun if you could task your follower to also cut down trees (or whatever) with you while you’re doing it - working along side you so to speak. Hopefully mostly just for the entertainment and immersion value though - so the thrall would gather at most 20% of what you can - per hit - and stop when they’re inventory was full… I could see something like that - maybe - I mean after they actually fix all the things that need fixing prior to goofy stuff like this.

ESO has offline gathering and it’s pretty gay IMO. Not really something I would wanna see in CE for sure.

If people want to have auto gather in Singleplayer, they have mods as an option. But in a multiplayer setup, people should be ONLINE and leaving their bases to go gather.

This isn’t just for PVP encounters, though that plays a major role. But also for PVE. Player interaction and player created emergent gameplay would be hurt by passive resource generation. New features should aid those aspects of multiplayer, not hurt them.

I’m gonna agree too (I know, the world may end - you, me and TeleTesselator all agreeing on one subject…) - even for singleplayer afk resource gathering just feels wrong. I’d love to have the visual effect of a few of my thralls looking like they’re gathering stuff - but if I’m playing the game, I kinda want to be the one playing it…

Oh we agree on plenty. Its just when we don’t that we act like the world is ending.

It would really just turn into a building simulator. Hard pass. Ever played sims with unlimited funds? It would be like that.

I know, the world may end - you, me and TeleTesselator all agreeing on one subject…

Oh we agree on plenty.

It should be done the same way myth of empires added collect points. Take control of the point build either Lumberyard or a mine field on it then set your thralls to work. Makes them heavily contested on pvp servers and a very valuable piece of land to claim.

After seeing siptah release and people complaining about getting killed when they summon surges and having their thralls stolen (which is hilarious because it was designed that way) I can see it will never happen. People will claim it get ganked and their loot stolen and cry. Don’t play pvp if u don’t want the risk of being killed for ur pixels.

You seem to have missed a very simple point about people complaining about surges being raided on Siptah - the people complaining are often PVE players, who have no wish to play PVP and do not enjoy having PVP forcibly added to PVE gaming - especially as then they are left with literally no way to do anything about it. It might have evaded your notice, but in PVE there is no way to defend a surge - can’t fight back, can’t defend against raiders (can’t build round the shrine even temporarily). The raiders simply get to leech off the work of others with no consequences. That should offend PVP players as much as it offends PVE players - since it means these people are getting to have all the ‘upsides’ of PVP (being able to take other players hard work, being able to make someone else miserable for your own enjoyment) without having to endure any of the risk.

Don’t play pvp if u don’t want the risk of being killed for ur pixels.

Except, we’re not playing PVP - we don’t want to play PVP, and we don’t want pseudo-PVP forced on us. Yes, Funcom appears to have designed it this way - but that just makes it a very stupid and lazy design that should never have made it to the live game.

siptah was actually a fantastic map for pvp but pvers cried and got it changed. pve ruins everyrthing

There are people who say the same about PVP. Unsurprisingly, they’re wrong too.

Then I strongly suggest that you go and argue with Ceronesthes about that. When Siptah first released he made an extensive video and posts here about how it wasn’t really for PVP (despite the devs frequently commenting that it was) and contemptuously dismissing all suggestions that it was designed for PVP as being PVEers thinking it must be for PVP ‘because it’s round’.

If you want a PVP only map - then it needs to be paid for only by PVPers - it can’t be released as if it will also have value to the many PVEers that buy it, only to then be told ‘haha, it’s not for you’. That’s not people ‘crying’ - that’s people being ripped off.

EDIT: This was a monumentally stupid idea that I posted when I was nearly falling asleep, and I missed a really obvious reason why it’s totally unworkable. These aren’t the droids you’re looking for, move along

Getting back on topic, I actually think this could be a great idea, but with some changes:

Every building and placeable owned by the clan that placed this station, within the area of a full map grid square, can be damaged and destroyed by any player, using the usual raid mechanics (explosives, avatars, and such), regardless of the game mode (i.e. even on PVE servers).

Surely you’re joking? Enforced PVP on PVE servers? I mean, it’s not going to affect me - but damn, that sounds like a bad idea. Am I misunderstanding something? This sounds like a prime way to add griefing to servers. On top of which, it means that people with no desire to play PVP are forced to do so anyway or have no access to a new game mechanic. (And, lets be honest, as the game economy settles in with the addition of passive resource gathering, the natural move will be for future balancing to take that into account - so now anyone not using passive resource gathering winds up in a situation of even greater grind). I’m really not sure what you’re trying to get at here?

If you want a PVP only map - then it needs to be paid for only by PVPers - it can’t be released as if it will also have value to the many PVEers that buy it, only to then be told ‘haha, it’s not for you’. That’s not people ‘crying’ - that’s people being ripped off.

I know this is OT but…

ESO solved that… by making sections of the map load and unload as you travel. So each map can have it’s own rules, assets, environmentals, and so on. They made Cyrodiil (the PVP area) so that you couldn’t even travel overland to it but rather, players have to queue and the load time once you’re up is about 30 seconds - instead of the usual 2 or 3 seconds. Yet everyone pays for it along with all of the other standard (non-DLC) maps. 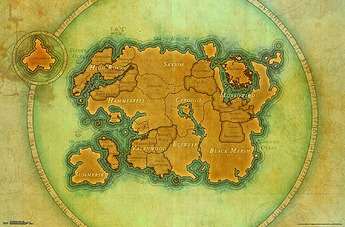 Not joking at all, but rather proposing a form of limited, voluntary, consensual PVP on PVE servers, with incentives behind it.

Am I misunderstanding something?

Maybe the part where I said that that it’s the buildings owned by the clan who placed the station that are vulnerable? It might be easy to miss that detail.

Basically, the idea is that if you place the passive-farming station, then your buildings in a very large area around it are raidable. No one else’s, just your (i.e. your clan’s).

And not on the whole map, only in around it. The reason why I specified that the area should be very large is to make it infeasible to protect your passive-farming station by simply walling it off. If the area is large enough, you could still theoretically wall it off, but then you’re breaking the server rules about blocking content

Long story short, the idea is that you choose to expose yourself to the risk of being raided, but in a limited, controlled way. Does it make sense now?

This sounds like a prime way to add griefing to servers.

It’s certainly possible that I’ve overlooked some potential for griefing, but you’ll have to point it out to me.

On top of which, it means that people with no desire to play PVP are forced to do so anyway or have no access to a new game mechanic.

No, no, the whole point is that this mechanic is supposed to be completely optional. You can still go out and get all the resources you want by farming them actively instead of passively, and you’ll be quite safe (from other players) while you’re doing that.

If Funcom implements something like this, then it would be a really dumb mistake on their part to not recognize the need to keep it optional. Maybe I’m too optimistic, but I would hope they would avoid making a dumb mistake like rebalancing things so passive farming is something people need.

I highly doubt they would ever do something like that. They stated when they originally nerfed fish traps that passive resource generation was exceptionally hard to balance against and wasn’t something they wanted in the game.

Except of course passive dung generation. Apparently they’re totally cool with that and actually want to encourage it. The more dung the better.