Japanese theme obviously give us some shurikens

I dunno about Shuriken, but I would like to see more variety in throwing weapons in general. Specifically the moveset used by throwing axes. We have throwing daggers as a sort of legendary drop and that’s about it.

We keep on forgetting the unwelcome gift

I think a weapon similar to scorpion’s from mk would be pretty cool. Just throw it, stick it into a thrall, then start dragging.

Yes, this is a great idea! I don’t think shuriken were well known in REH’s time, but I feel like had he known about them, they would have been in his stories for sure!

I would like to see more variety in throwing weapons in general. Specifically the moveset used by throwing axes. We have throwing daggers as a sort of legendary drop and that’s about it.

This too. I’d really like a craftable throwing/offhand dagger.

Likely not. Ninja were popular in Japanese culture during his time, but didn’t really reach American culture until the 1980s.

Do you mean knifes? I have some years to bother (I use to fix everything) but I am pretty sure we could fix throwing knifes, my memory cannot be this wrong. I will try later and inform you. Did you check wiki?

No, I didn’t check the wiki. I’m pretty certain the only daggers/knives you can use like a throwing axe are Akbitanan blades? And there’s no feat for them as far as I know. They’re a legendary drop like Taemien said (but you get a stack of them at least).

What about blow darts? Linked to Dafari?

We keep on forgetting the unwelcome gift

Yes, I just wish it returned to we could keep using it with one handed weapons instead of getting “stored” in the enemy’s inventory. I keep losing it because I’m doing a heavy attack with my one handed weapon and the game thinks I’m telling it to throw the shield.

I know it’s too much to ask, but I think this piece is a little bit left to the side…
What I mean is that you cannot see it on shield racks!
Then it has the behavior of a throwing weapon but it doesn’t stack

.
I don’t use shields a lot, yet I love farming these caves, so in the past I had about a chest only with these shields

.
People who play shields must ask for this piece to stack and be lighter per piece. 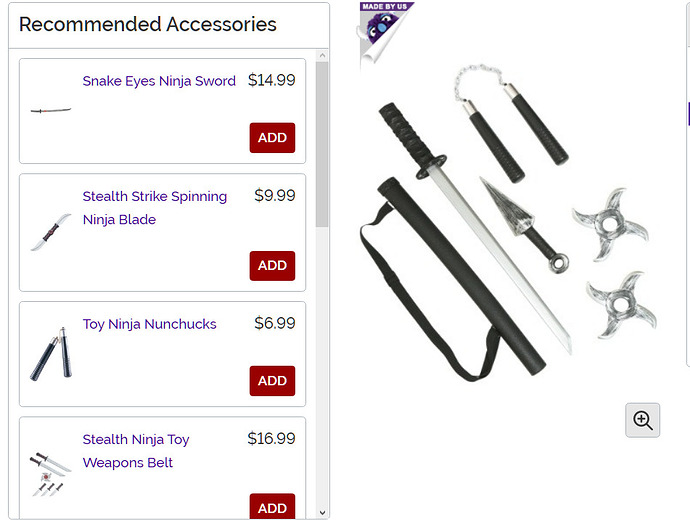 But maybe before that they could make javelins actually useful!
Increase the stack size to 50 or 100 and reduce the weight to about 10 or 20% of current! Also drop the last one used instead of allowing a ghost weapon to remain.

People laugh when I claim I use javelins in PvP but it’s a great way to dismount an attacker! And in PvE they have a knock-back affect even on the biggest and toughest bosses. With some 3

bosses you can just stand in one spot and constantly keep the boss at a certain distance by timing your javelin throws just right. It’s a wonderful weapon but they have some aspects of it set kind of goofy! I think the same can be said about the throwing axes too. I would want to see these addressed before we add more types.

Stop dreaming, the “snake eyes ninja sword” can be yours at last! With the Yamatai DLC pack.