I can confirm this is an issue… I’ve done tons of testing on SP. Some armor (aesir) still have what seems like a reduced rate to provide the same (aesir) armor when delving. I got 4/20 rate. But it doesn’t give frost giant after 100+ tests. Also, none of the armors that you could previously delve for armor recipes seems to be working. I’ve testing 50+ of hyena, slaver armor and cimmerian.

ok someone tell me whats testlive good for? cause i cant understand (in a practical way) whats the point of it. for those testing on testlive you are all WASTING Your time until testlive is used properly.

In a nutshell why I uninstalled it. All the effort to make a toon and play to see all the work (apparently) ignored. I’d rather have the HDD space back thanks. If I want pointless activity I have a job for that…

Is it now, finally, possible to get Bison Trophy?

Thanks, we can now craft oil with a T4 alchemist (bark + ichor).

Hello, does anyone know what will happen now for people who do undermap? They are asking me a lot on my channel and I don’t know what to answer them.
Players who undermesh are banned, killed, lose everything?

Players who undermesh are banned, killed, lose everything?

If my false positive experience from some months ago is any indication, you die instantly.

Hey there, The anti-undermesh system does not destroy previously placed structures. What it does is it prevents player characters from reaching those locations.

Hey there, Please understand how the anti-undermesh system works. What it does is it prevents players from existing in undermesh areas. Buildings that have been previously placed will remain in there until decay sets in, but they will be unreachable. If players can still traverse undermesh locations in the Exiled Lands, please report it to our team via a DM to @Community with either location where this is possible and/or the method to achieve it so we can continue tuning this feateure. Based …

The feature has been openly available for testing since early this year for those willing to enable it in their private or test servers. It is set up to be either triggered by time undermesh, distance undermesh, or both. This way it can rule out possible cases of false positives or honest mistakes, but punishes those who are using the exploit for cheating purposes. The way it is currently set on official servers is based on distance. After a very short distance has been traversed undermesh, the…

My team was really hoping to see the delving bench fixed. We spent over 2000 eldarium before we realized it wasn’t RNG, it was broken. We literally care about nothing else, fix your bench.

Any chance that you guys have managed to fix the issue with FLS DDoS’ing the local network?

I mean, I know you don’t bother to put half the changes in the patchnotes.

The guys at BattlEye even gave you clues on what the issue is.

It would be nice to be able to play without having to restart our entire network after attempting to connect to a server though.

It’s not even like we can ask for a refund because you’re rendered the game almost completely unplayable. The least you could do is put some effort into actually fixing it.

As far as i know it does not work, some chinesse dude was undermeshing / building undermesh on #1111 (PvP EU) on live chinesse stream. He was doing fine

So what about the fact that each glass flask uses a mold per use? Or the fact that if you try cooking food in the campfire, it speeds the countdown to expire and turn putrid.

I put 2 glass mold in the casting bench. Then I put about 700+ glass in with the the 2 mold. At first when i click on the glass flask to create it, it shows only 2 can be created. But, after i proceed, the casting bench shows the remaining quantity that can be crafted. Then I proceed by pressing spacebar. It works. I managed to craft 260+ glass flasks. 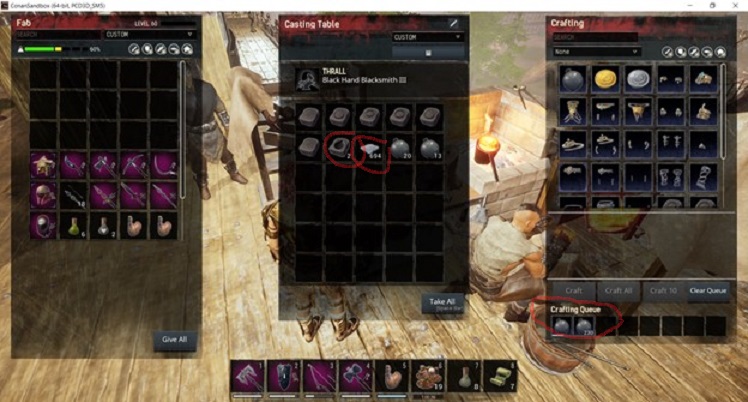 Guys, the thralls are still getting stuck in that boxing position refusing to attack. The one mentioned early 2019, when they don’t equip the weapon and/or shield.
Can we please have a look at it, as it’s way past frustrating?
Might have to stop playing again until it gets fixed as most of high tier content is very hard to even play, let alone complete, without a functioning thrall.

@PogoliniYoga - there may be a workaround for the moment, if mods are an option for you? (Obviously, that’s not a solution and the main problem still needs looking at for all those that can’t use mods - but if you have that option it may relieve frustration for you at least.) 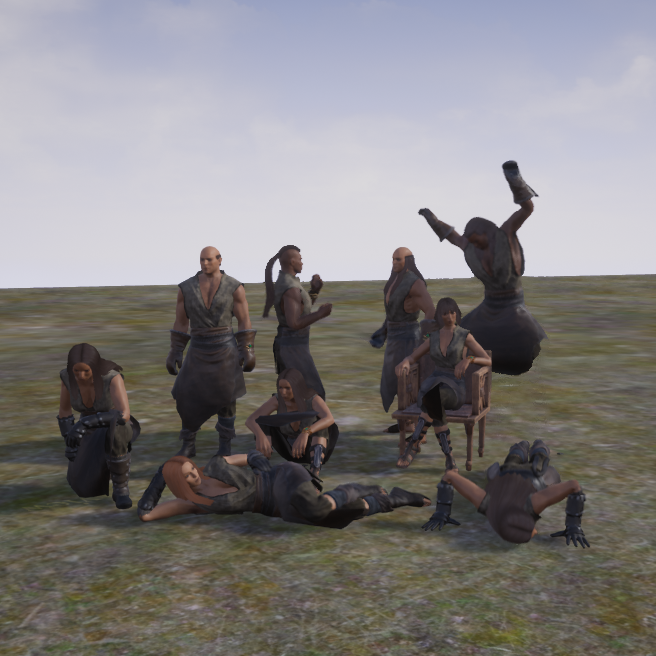 In addition to allowing you to set various emotes for crafters and follower thralls, Apollonia has added a trigger that a thrall following you performs a simple emote (hands on hips, thinking - that sort of thing) after around 10 seconds idle - the side-effect of this is that they get tripped back out of that combat stance glitch

I see your point but I play on official.

I had a feeling that might be the case. Sorry the option isn’t more use. Hopefully Funcom will resolve the issue.

One last thought - I presume you’ve already tried manually equipping the thrall (placing the weapon(s) into their hand)? I think that seemed to help me previously. (Again, not a solution, but if it works then maybe better than nothing?

Yeah, even if I manually equip the items on main and offhand the thrall just stands in front of the target. Thanks tho