The day has come! Today we’re bringing a huge amount of fixes and quality of life updates to the PS4 version of Conan Exiles. We’ve done several balancing passes on NPCs and crafting costs, fixes Purges and added new Purge types, and re-balanced crafting costs. Several of the balancing changes will make the game more challenging, and if you’re a level 60 veteran you can now gain additional feat points.

Several Quality of Life Changes should make builders’ lives easier! All you carpenters, woodworkers, engineers and architects out there, let us know what you think.

A huge part of these improvements are direct results of your input and feedback. You are important and we hear and see you

So thank you so very much for being part of the Conan Exiles community. Please keep your input and feedback coming as we are always interested in hearing your thoughts and appreciate constructive feedback. Together we can improve on all aspects of Conan Exiles. 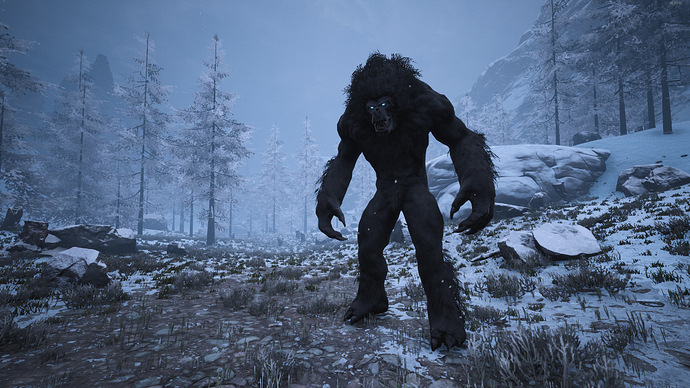 The idea is to make the Unnamed City more challenging and enjoyable to play, and to give players a reason to travel to the city for loot and other goodies.

We will hotfix these issues in the future

We have a public bug tracking board here ! You can check this to track the issues that get brought up by the community the most. In the “For prioritization” column you can vote for the issues you would like us to prioritize and we will make sure it gets moved into development asap. You can read the full details on how it works on the forum post here .

How is a patch with this much content (and changes) in it only a little 3GB in size? Can’t wait to try it out, but yeah… Australian internet is slow as molasses…

Well, what I did get to try seems like a big improvement, I honestly wasn’t expecting the Black Hand Pirates to drop their armour now, I should be able to get a full set just from my regular attacks on the camp. Also glad to see that vines exist again

That’s not good. We’ll report it back to the team.

i’ll come check the spot later, sometimes they reappear
or at least they used to

Lesser wheels of pain that were operating before update are now unable to turn on for me. Am I missing a new requirement?

wow, thank you for the overwhelming big update.

I do not know now whether it also includes clan changes,

It would be good if, for example, simple members could not destroy every object, can build but do not destroy.
and it would be good if you eg. chests in the clan are closed only for themselves or for the clan. and depending on clan level clan members should be able to do certain things.

It would also be excellent if a player joins a clan and then leaves, not losing everything to the clan what he had on buildings. the game should keep that in mind what player belongs to.

Lesser wheels of pain that were operating before update are now unable to turn on for me. Am I missing a new requirement?

Hit L2 to turn it on

Liking the update. Thanks Funcom.
First little bug I notice however, is that my entire base is listed as “No owner”. Right now this scares the crap out of my, because i don’t know if this is going to let other players enter my base or if its just UI bug.

Base shows Clans as “No Owner”, without Clan it shows Owners Name.
Dont worry, if it shows “No Owner”, nobody outside the clan has access

playerlist does not work properly, no scrolling, no player selection

Can I safely get rid of the feeding pot if thralls no longer use them? Nothing has changed as far as the starvation timers go, and the thrall pot still show them feeding thralls. Don’t really want to test it by trial and error.

On pc it is reported that it is a “visual” bug, and feeding going to 0 will not kill thrall/pet. But the preferred food buff to damage they do is still in effect if you do decide to feed them.