We have a new patch with extra content for the game. Test your mettle against the Warmaker’s Champion in The Warmaker’s Sanctuary, a new dungeon for a seasoned party of level 60 adventurers. Check out the continuation of our population revamp on faction capitals and caves. Experience an overhaul of the temperature system and changes to your survival and agility attributes, as well as additional weapon balance to make combat more rewarding.
We’ve also added a ton of QoL improvements and bugfixes, including a solution for the God’s Protection problem (God Bubbles), building stacking and flying thralls! 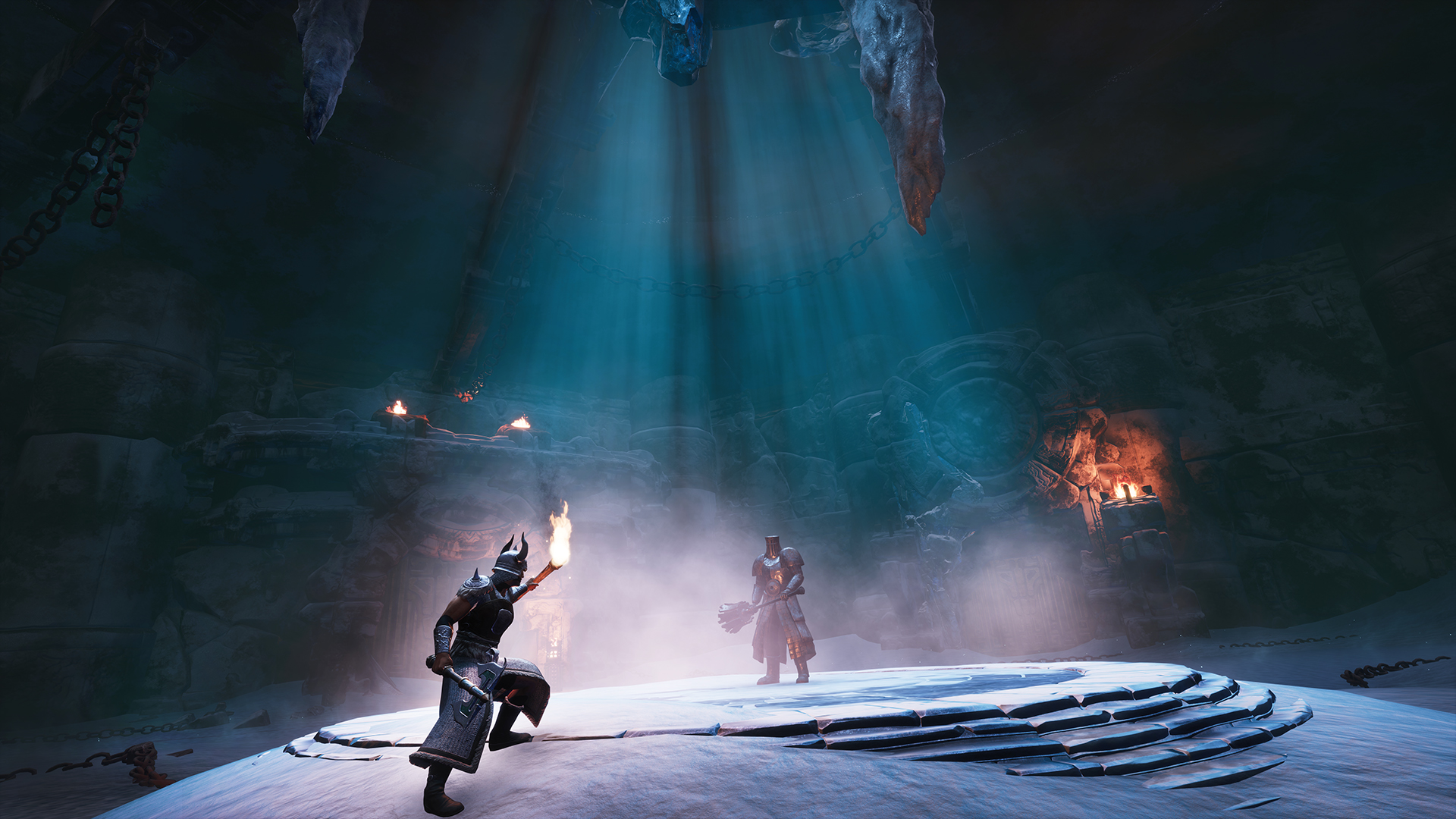 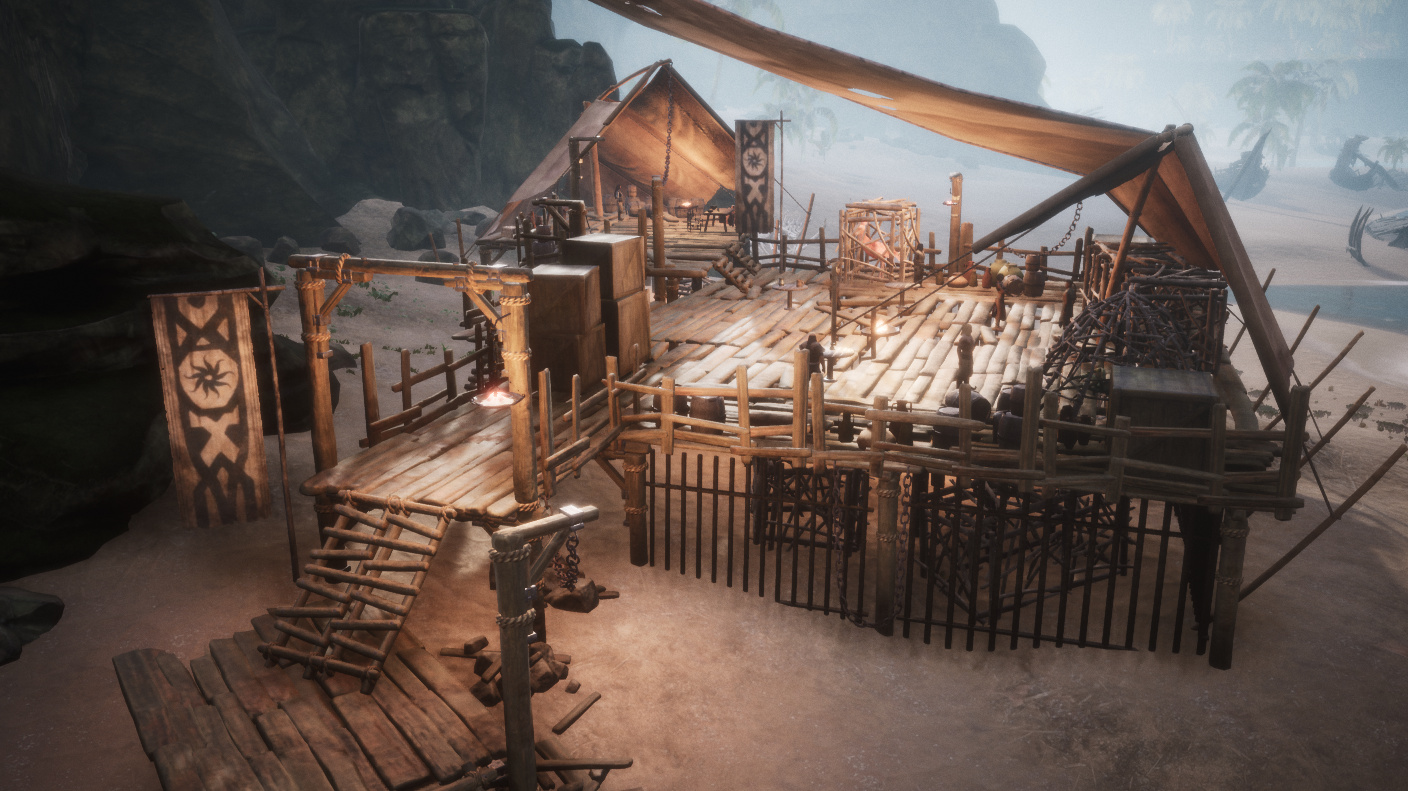 Continuation of the population revamp!
Building upon our previous content patches, the faction capitals and caves in the game have received an overhaul. This revamp includes new bosses, functionalities, recipes to be found, new loot and more! 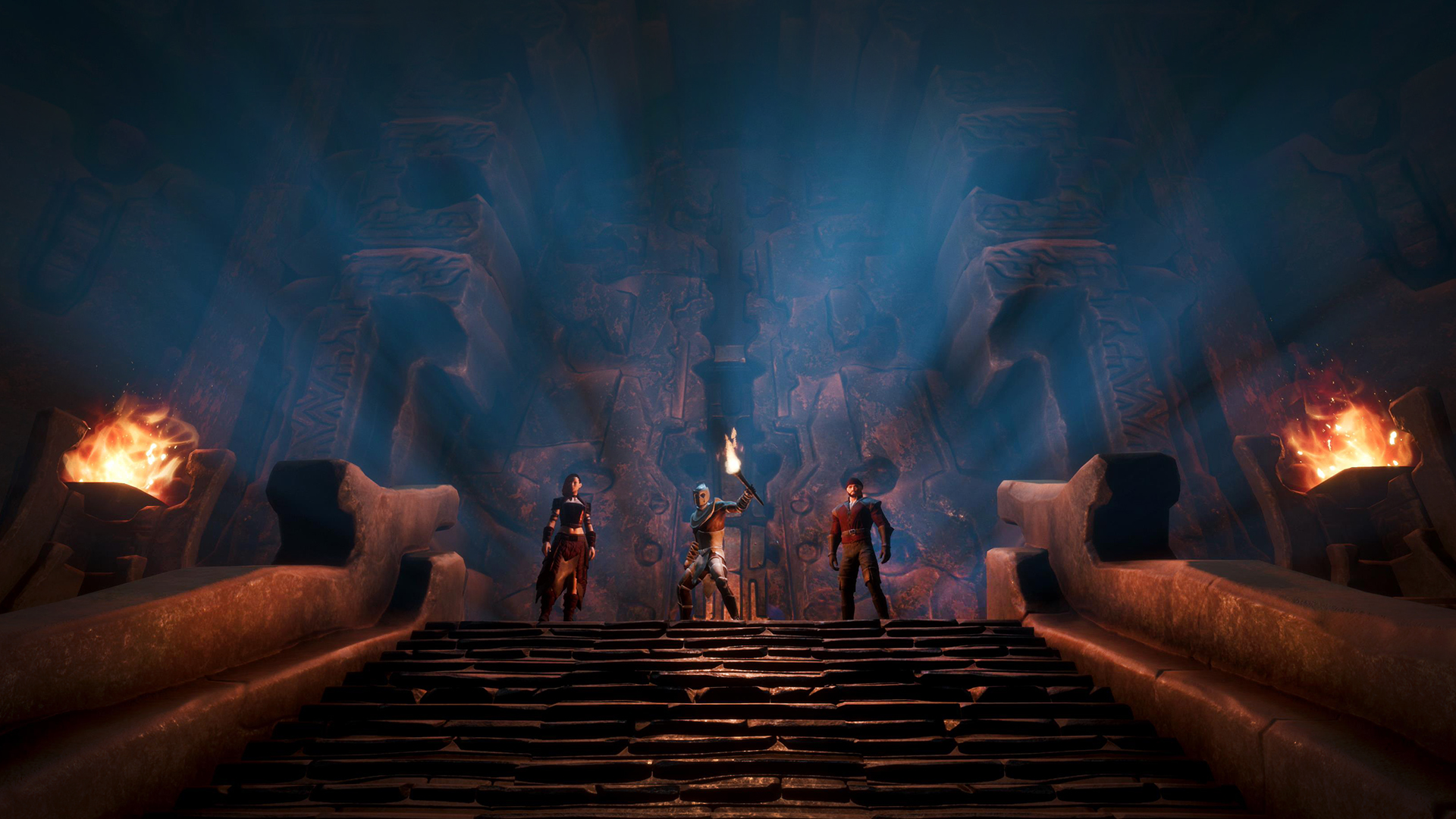 Temperature system update
We’ve reworked and improved the temperature system of the game to make it more consistent and easy to read, with changes to how its effects are stacked and telegraphed to you. 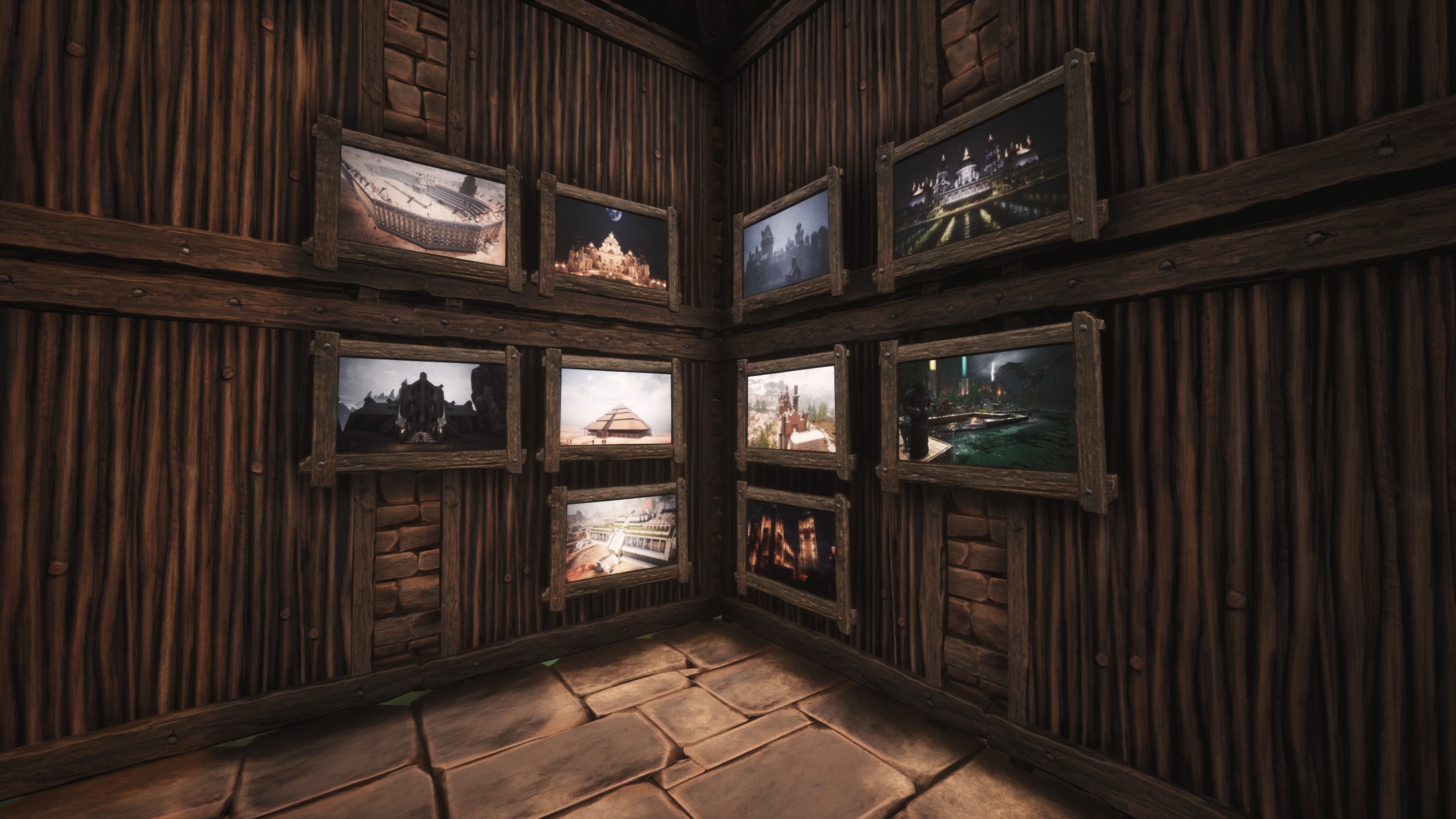 New feat: Painter!
This new feat, available through the Decorations feat tab, gives access to 10 wall-placeable paintings representing the builds that were selected in the building contest back in April this year!

Can we get a sfx fix for the red dessert lizards? Instead of sounding EXACTLY like an arrow being shot and bouncing off a hard surface, it should sound more like an old man that doesnt give a damn anymore coughing up and spitting thick, blood-tinged phlegm into a crusty yet moist handkerchief that he’s seemingly pulled from thin air.

Wow! What a stability fix! Logged in and the first thing happened is game crash! Great job as usual! Keep it up

Welcome to our community and thanks for the feedback.

I confirm, code error CE-34878-0 on PS 4 console.
I used to play Solo/ Non-Coop. Hughe structures built.
One of the fix ( * Fixed an issue that would allow overlapping some building pieces. ) might have detected overlapping structures that can’t be solved and kick the game out just before it usually loads.

you are very Wellcome. Unfortunately it’s to raise a bug under Critical severity level …

Welcome to our community and apologies for the frustration.
Is this happening consistently?(meaning further attempts to load in are still crashing?)

Hi Dear
Since this patch is on.
I restarted the game at least 10 times, the PS4 2 times … same player shoot again

it loads normally , I select solo/off line , no coop as usual, and then until the end of that I suppose is the last saving uploads, it crashes.

Are the avatars enabled or no

They’ll be enabled on June 29th. Official servers’ MOTD have been updated to reflect this.

I am wondering though if you have any type of hint or discussions the dev team is having about adding some admin controls to console? PC has mods, which wont be In onsole and that’s cool, but we def need some more commands to help manage our servers!

Our team is considering expanding admin controls on PS4 systems since many commands are locked behind a keyboard, but no ETA yet if or when.

My guy. Thank you for atleast giving an update! I’ll be more than happy to plug in a keyboard. Lol! That would amazing!

Hi, the fix for ‘illegal structures’ doesn’t seem to have worked. I’m still seeing a lot structures occupying the same space (foundations inside foundations and fence foundations in the x shape, on mass) official pvp eu

Thank you, those increased stack sizes are positively delicious, so much appreciation.

Hey @YannCool and everybody that is experiencing crashing when loading in single player,

Could you send us your savefile via DM so we can get a look at it and see what could be the problem causing it?
To export a save game, go to system settings -> Application Save Data Management -> Saved Data in System Storage -> Copy to USB Storage Device. There select Conan Exiles. Once you have your saved data in your USB, you can plug it in your computer it and upload it to a file hosting system, then you can share the link with us via DM.