As the Title says. Purge doesnt work on Ps4 even Singleplayer or Gportal Server. The Meter is always full regardles of configurations in Admin Menu.

Had the same issue last night, Had the purge alarm come up, ran all the way across the map to the site only to stand around waiting to be attacked for nothing to happen (We got the Journey) Bit of a dissapointment TBH andd needs to be addressed.

But your Purge starts. I know the purge start only from YouTube Videos. The thing is you cant start the purge via command like in pc…

Bump für this Thread . Has anyone a solution for this?

We are currently playing on a private server but our purge meter is working as intended so far. We still have to see what happens once it fills up. Are you sure that the purge did not start? From what i know there is only a certain chance that it will hit you or target your base in case there are other players on the map. So if there are lets say 4 clans on the map and the purge starts ther is only a 25% chance that it will hit you.

Hi, for single player, and private serv. go to settings and make yourself Admin. then go to purge settings- go to the last option : Purge frequency (its probably set on 15) , set it to 3 or 4 and kill around 10 of anything, and you should have a purge in about 10 min. to a half hour. make sure your set on 24 purges per day, and where it says min online players on single player it’s set to 0 . if your the only one playing dont have it more than 1 because you’ll never have a purge , the same goes for the last option in the list, if its set to high. Oh and check to see if purge restriction time is checked if it is you’ll only have a purge within those hours i always have to uncheck it , Ps. my last option is set on 4 im testing to see if i can have a purge happen in Seppamaru i dont remember how to spell it so far meter is full and havent had a purge yet only a little over an hour of play though, i hope this helps you

You may have to do a restart for the changes to take effect, the warning prompt doesn’t always come up

Thanks for the tipps guys. On my Server we are usally around 25-40 Players and no one have a purge. So yeah, it doesnt work. I try the Configs from Daddy and replay again with results. The mystery is, that i dont have a purge on Singleplayer with nothing changed in configs and the meter is always full fromt the start on. 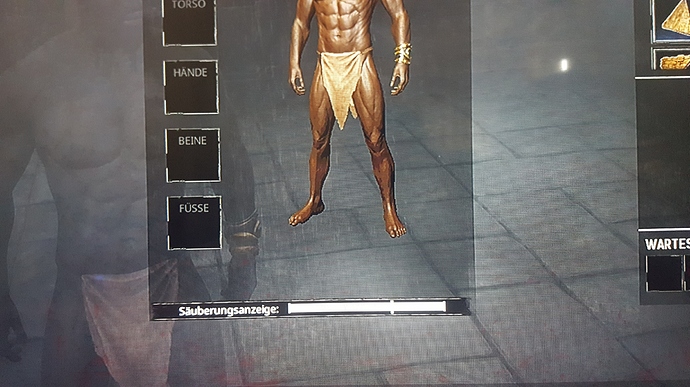 So this is how the purge meter looks like after 3-5 Minutes Ingame no matter how new or old the char is and no matter which configs you do. This happens on single Player and my Ps4 Private Server all the time. I changed it many times, i restart, i wait for days and so on. We are more than 20 ppl online each day and no purge so far.
I tried daddys configs and i’m still waiting for a purge on single player since 1 hour. So i think nothing changed.

Anyone have a other trick or something?

Hi, depending on your location, try a different Purge level- South 1-2 , mid 3-4 , North 5-6
Maybe this will help, i’m in the middle in Sepermeru and slightly right of the pit, and i (COULD NOT GET PURGE) at level 5 or 6 its only worked at level 1 2 3 4 an i get a purge with in a half hour, although it is random times, because it only has 25% chance of happening every so often

Purge worked on my server. Had a purge event on friday, kicked its ■■■.

So like i said on our Server are playing 25-40 ppl ans everyone has this Full Purge Meter and no purge.

The purge is working as intended:

I was “at site” when first and third purge came in.
In my opinion the third purge was the most intense so far (werewolfs attacking a mid base in northern desert).

The server which I mention does have exactly the same settings as the officlal PvE do have.
Perhaps your purge problem is because of messed settings in the G-Portal Server Dashboard?

I know this is an older thread, but we are having trouble getting any purges to activate on our private PS4 PvE server. I think our settings are similar to what you posted, but I will double check with our admin later today.

My, " Theory " is once you join a clan, the " Code " no longer see’s you as a player, and it does go by everyone logged in on your server, its supposed too , if my theorys right, thats why its broke for some people

@Daddy, Interesting theory, but wouldn’t that mean that the server would never spawn a purge if everyone was in a clan? Or am I missing something … perhaps that’s why you suggest the “0” minimum players online?

Yes, exactly, set to 0 your clan should get a purge

Alot of people said this has worked, it just can’t be done on officials

Tyvm, any idea as to where that thread/post is??