Let me start by saying i LOVE this game. No hate coming from me.

So my clan and I have been playing on an official server (the same one) since April. We have been victims to all sorts of crazy stuff, but our last straw has been drawn. Two nights ago, after having successfully raided an enemy clan, we were raided. But I had one MAJOR issue with this specific raid. We built our base inside the Crevice. All land around it and above it was claimed. We went to sleep after we finished our raid and all was well. Wake up to find someone built a small base RIGHT ABOVE our base. Now, we left an hour AFTER raid time concluded that night. How is it possible that this clan built a base ON OUR LAND?! When we came in the next day, we were unable to move thralls, repair anything, add any building pieces. How is it possible that WE, the clan that has been here a while, get the “land already claimed” message when we attempt to build and they don’t?!

I have read through the forums for the past two days and have not found a post that actually helps me understand whats going on here. If they are able to build, can we then, in return, go build over their base? No. We tried. Just to see if we were crazy. What is this? We don’t cheat, so we are at a loss understanding how they were able to bypass that. We have tried logging in and out, restarting, changing building pieces, etc…everything i read on the forums. Nothing worked. Now we went back to our base, the very next day, and they have foundations all over, RIGHT ON TOP OF OUR FOUNDATIONS!!

Can anyone, for the life of me, help me understand?? Are they cheating? If so, how do I go about handling this? I know, very noob of me, but help me here please. I want to enjoy the game to its fullest potential.

Can you get some screen shots to show exactly how close they are in their building into your land claim?

Yeah, screenshots would help a lot - like how high above your build?

It might also help knowing which Official server it is. It’s not likely to make a difference, but do you know whether the builder is of the clan you raided or a new clan or even that the player is definitely not an ex member of your clan (this last question is not likely, but any info helps)

Pics or nothing happened.

No but if possible make a Video too.

Thanks for taking the time to read this guys. I have taken screen shots to show what I mean. They are AFTER we got raided, but you can see the distance and size of our base in comparison to theirs.

These are the entrances that lead into the mountain base, back and front: 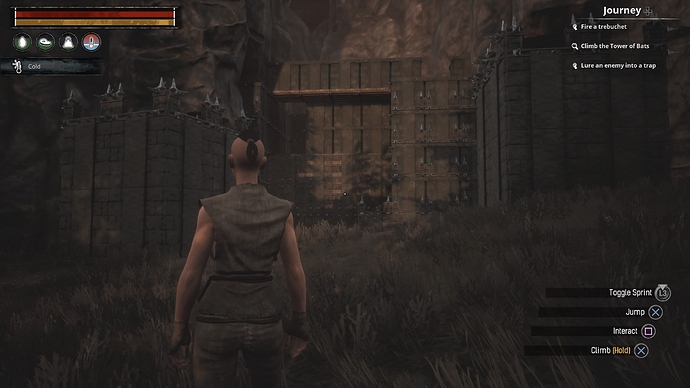 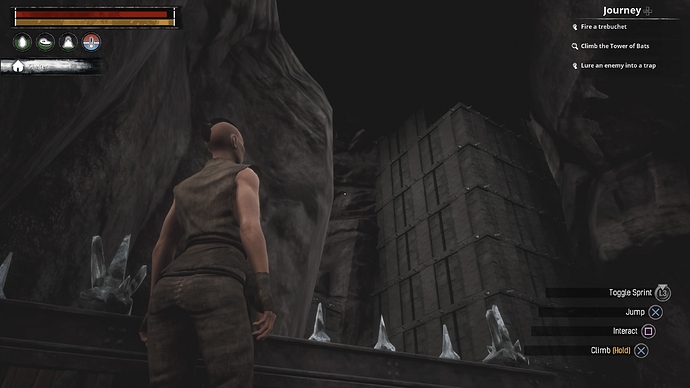 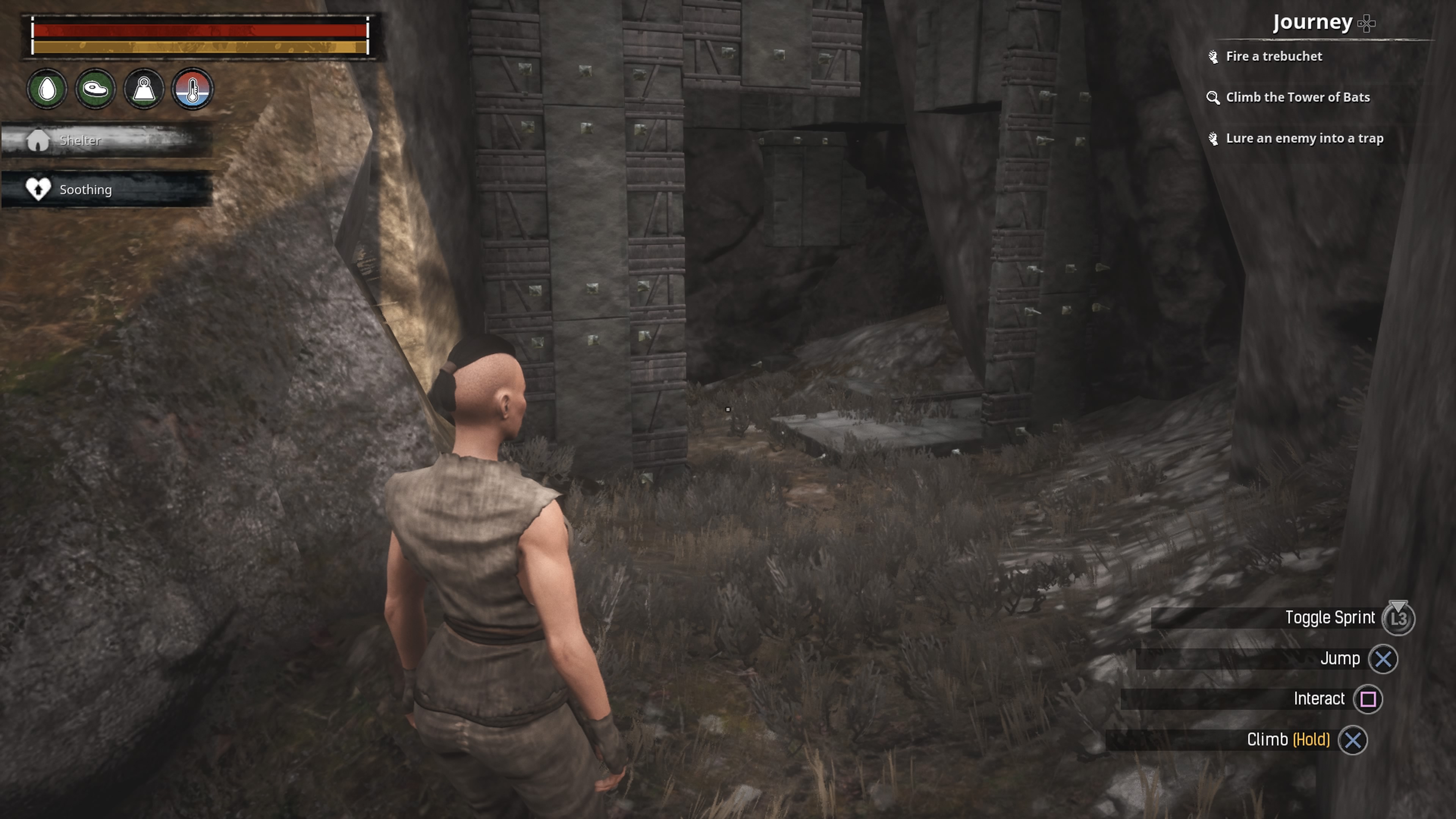 Then this is inside the base: 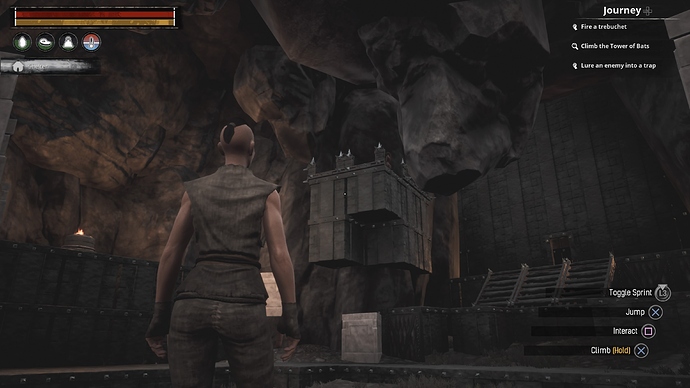 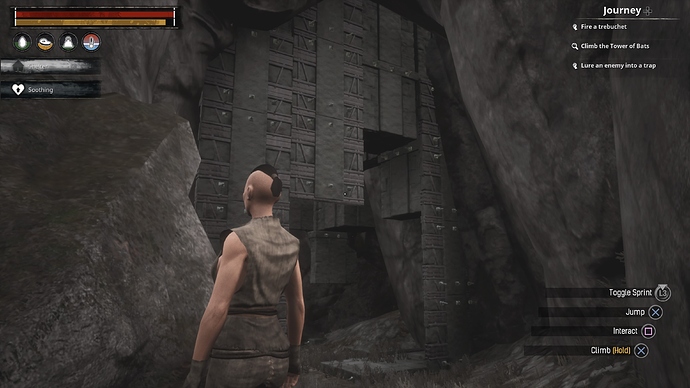 ANother entrance about 3/4 up the mountain: 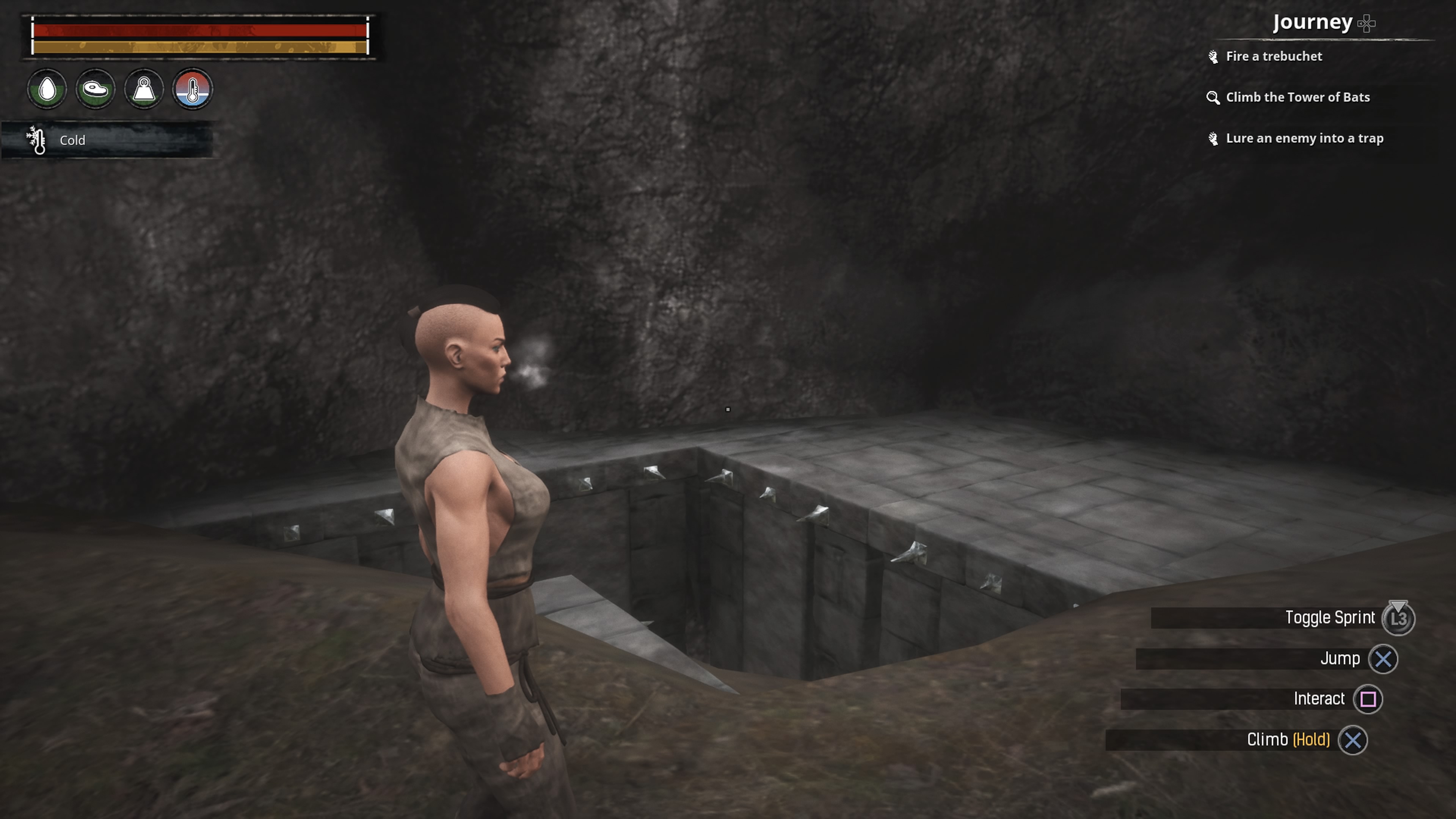 And the view down to the surface from that opening: 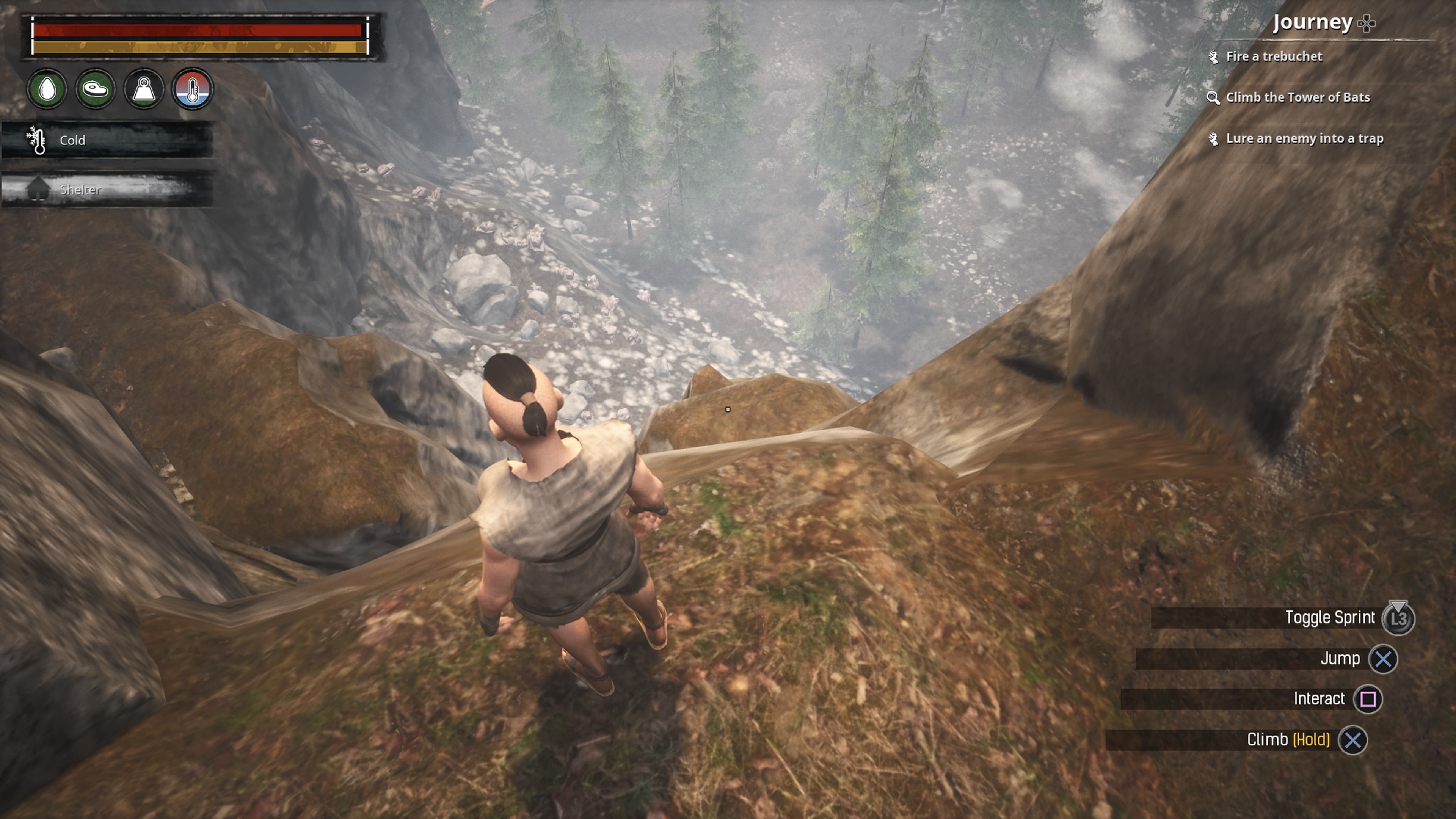 And the view up to the top: 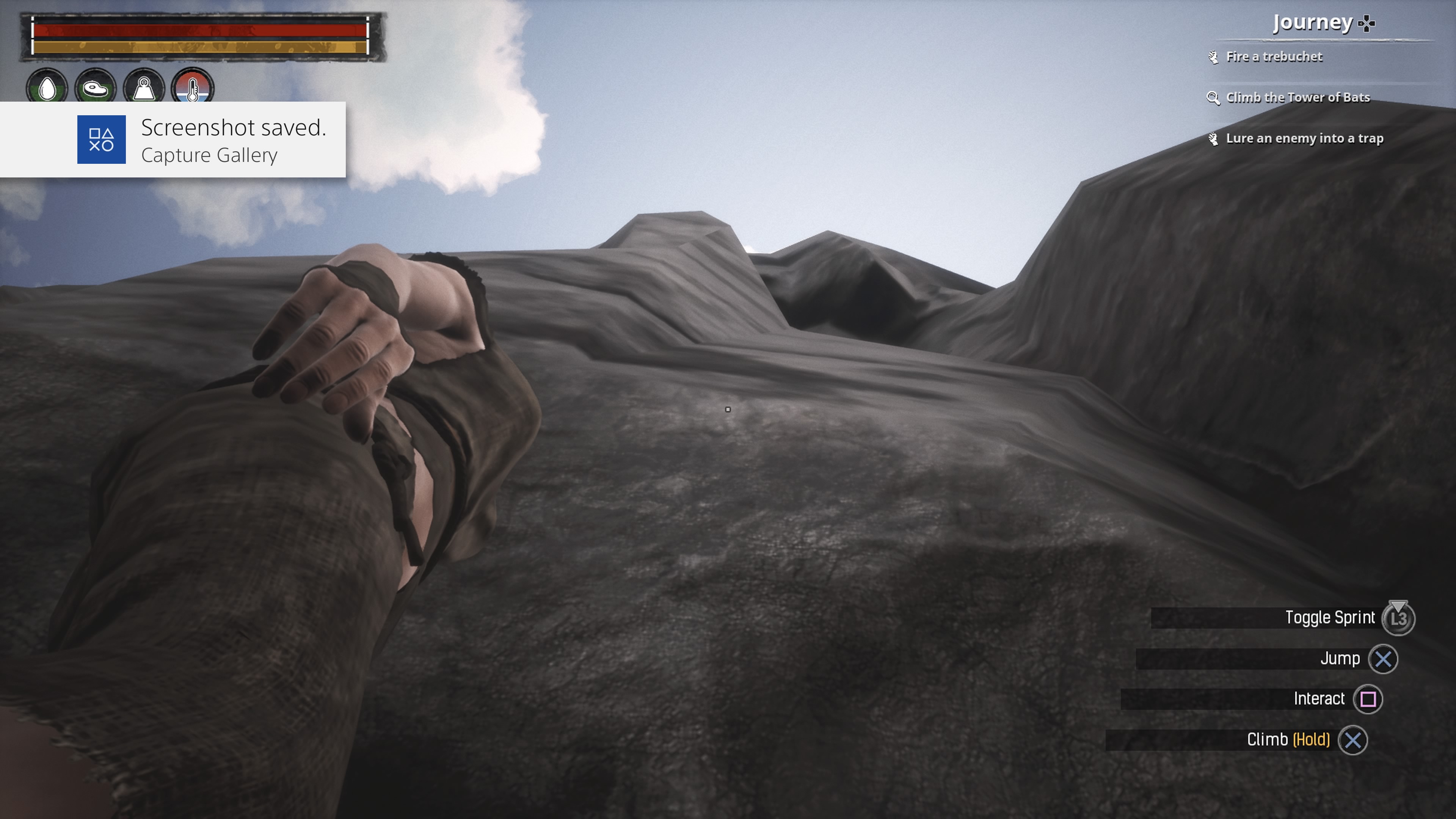 This is the base they built, looking up from one of our entrances: 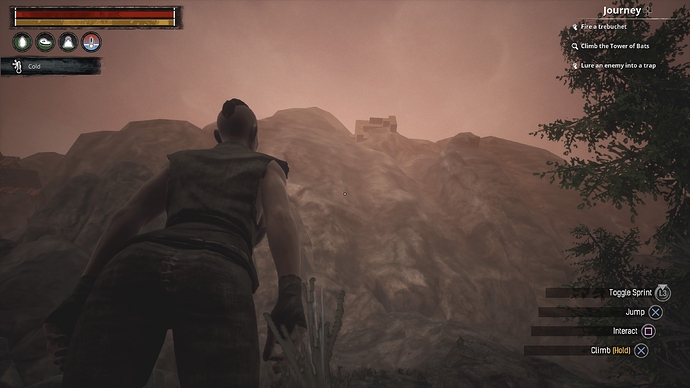 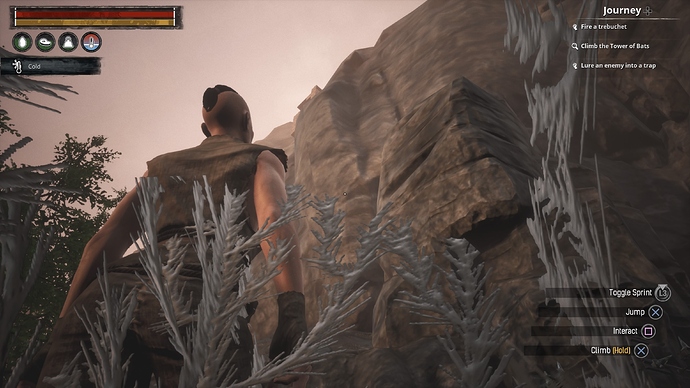 This is another part of our base: built up into the mountain: 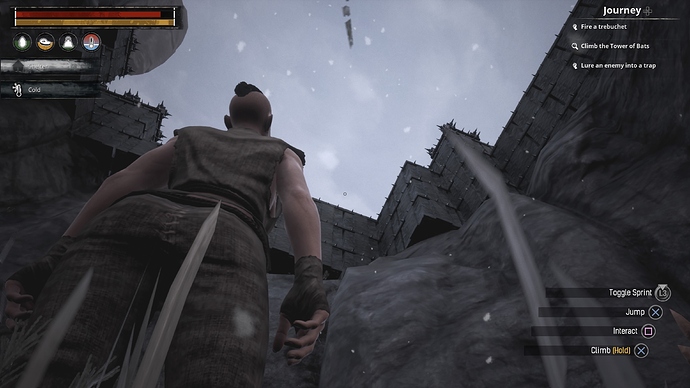 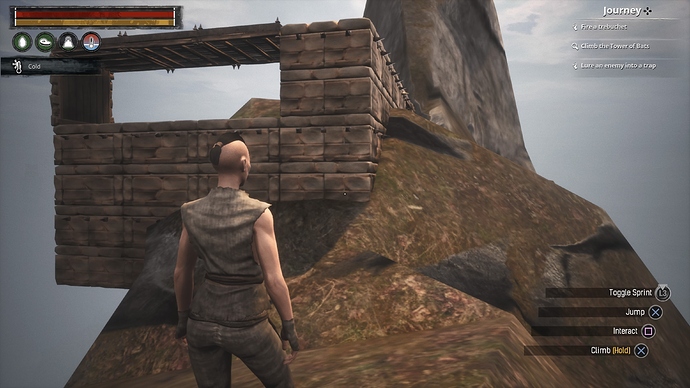 Now, we had base foundations littered all over the base and up the mountain. They built this while it WAS NOT raid time. We blew up their base immediately at 8:00 after all four of us scouted the area ad found nothing but that base. They did not place any other pieces of building blocks anywhere. However, that TINY base prevented us from building INSIDE AND AROUND our entire base. How is that possible? All I want is some explanation as we can’t seem to replicate that behavior with ANY building piece on anyones land, even TINY structures.

I know trolls will be trolls and accuse me of all sorts of things, but this is perplexing. They were able to claim our land, build on it and prevent us from doing anything to counter. Why didn’t they get the “land is claimed” message, the way we are? Exploit? Cheat? Or something i don’t understand about land claim?

Hey man. Thanks for reading…honestly, there is so much drama between our clans that I’m embarrassed to be a part of it. A lot of lying and harassing to the point we are outnumbered at least 4 times over when it comes to numbers. As a grown man, I’ve never dealt with a bigger bully. But his time will come. The beauty of it all, my clan documents everything to prove who the liar is.

That spot thye built looks off to the side of where ur land claim is at from inside the crevice.

We built foundations pieces up the mountain.

However, even if it IS to the side, how are THEY stopping US from building INSIDE our base? THAT is the issue.

I just think of the math, how does placing a 10 brick house supersede a base of over a thousand bricks…

the crevice can be accessed from under the mesh.

Can you elaborate? Do you mean they can build UNDER us?

You left a vulnerability in your landclaiming and they built in a spot that enables their landclaim to protrude into your area a little bit.

SMH we had foundation pieces NEXT TO their little base on the day of the raid…WHERE IS THE LAND CLAIM THERE? THis is more frustrating than the actual raid itself. Thanks for the “help.”

LOL, a little bit…I am talking the whole space was useless…Math… if I have 1000 bricks placed your 10 bricks should not be worth more than mine and stop us from using our entire space. This seems like the builders of this game should look into that logic and put that equation into the game or investigate for exploit or cheat. That little shoe box should never have been possible…

They could have blown off some edge foundations to yours and expanded towards it. The quantity of “bricks” does not affect the worth of land claim. Landclaim is landclaim and even 1 piece can totally thwart your building space

They could blow up bricks, but ONLY during raid time. This base was built off raid time hours. We know because we are very vigilant about the time. There is something missing here. I have already given up trying to figure it out, but if I am dealing with a cheater, I just need to know. We won’t give up, but knowledge is the best weapon we have against them. Thats the only reason i turned to the forums.

you said you got raided. im sure they placed a few bombs up there at some point and blew away pieces of landclaim on the edge that they built on. Or you just didnt fill in the crevice corners enough and they took it by building on top. Land claim goes infinitely vertical. This is not a cheat. If they are cheating you will find out tonight when they are bombing you from the inside.

I am only going to say this once because clearly the message is not coming across. Per the log we had never been attacked nor had any of our structure been destroyed or compromised days before. Example Monday no funny structures on our base, before or after raid time nor had we been attacked at the site ever per log, we went to sleep comfy. Tuesday I log in hours before raid time and suddenly there is a base there despite the coverage all around. No way in hell they can build per your infinite vertical claim simply impossible. You would have to be there to see it for your self to understand and ask how the heck is that even possible………That one hole at the top of the mountain I covered it from top to bottom solid black ice. On top of that, the area where they built I had placed foundation blocks to prevent land claim from above or below. Trust when I say this, we covered our basis on prevention. This is why we are posting here to see if any cheats or codes are possible based on feed back. Sadly not your fault, but what I am reading is not answering how the impossible was possible. I would be the first to raise my hand and say damn I didn’t land claim all around but I did. Hence the frustration at the possibility of someone cheating at this stage.