I had this same issue immediately after installing the patch. After reading the comments here and going through 2 re-installs, I ended up having to completely uninstall Avira Anti-Virus as even the ignore file did not work for me. Now the game works as it did before.

(post withdrawn by author, will be automatically deleted in 24 hours unless flagged)

It is absurd a developer to say that the solution to a problem of your game, that you play 2 years with the active antivirus, which is something of the utmost importance in the middle of 2019, is to shut down your antivirus.
As someone professional in the area can tell people, hey guys turn off your antivirus and open your computer to every possible virus, knowing they exist and how much they can damage a system.
I expect clear explanations and solutions as I buy all DLCs just to encourage them to support the game and I’m not feeling rewarded right now.

Just as an FYI and not really trying to troll this thread or anything.

I am VERY security conscious of my computer and other devices I use. I have been using computers for approximately 35 years. I build my own computers from components and am pretty familiar with hardware issues and what can cause them and how to resolve them. Not so good at software generally. I believe this only serves to make me even more security conscious because I’m not very familiar with how software works from a programing level.

In all my years of computer usage I have never gotten a virus so bad on my computer that i’ve had to completely crash windows and reformat my HDD and reinstall windows. I have gotten about 3 or 4 viruses over the years that might have become serious enough to cause significant problems with my computer but at the same time I had fairly decent antivirus software to ward this off.

I have over my computer lifetime used Norton AV and McAfee AV and Kaspersky off and on depending on which one was a better deal at the time and/or might have come for free from a particular source or service I am using. I have also used Windows Defender for some spans also.

I do not work for Norton or McAfee or Windows or anyone else and i’m not pimping these programs for some kind of financial gain or anything. I’m just trying to illustrate something i’ve noticed in many years of experience with general computer software as far as antivirus.

I am very leery of most any other antivirus program because i’ve noticed that it seems like everytime Norton or McAfee and Kaspersky to a lesser extent comes up with a new way to possibly spot virus activity in files, many MANY other programs seem to try to add this to their to their program ASAP, to better or worse results.

It appears the aprox 15 people who have posted in here about this problem are EXTREMELY worried about computer security, for better or worse, and at some point the border between excessive paranoia vs logical conclusion seems to slide around a bit.

ALOT of antivirus programs are not very good. I’d say probably over half of them TBH. And when an issue like this comes up it seems like logical thought gets frequently tossed out the window in favor of the blame game about what in this case Funcom did wrong in causing this to happen, which is probably the furthest thing from the real truth. Several people in here who are far more known in regard to reliability of information and helpfulness in this game have already tried to calm the flames and apparently this was all for naught.

In posting this i’m not trying to specifically irritate anyone in particular. I’m simply trying to present the reality of the situation, both from my personal point of view and experience, and from information already posted, from a different direction to see if this possibly results in a new way at looking at the situation from a more logical perspective.

My apologies for this being a very long drawn out post but I had alot of thoughts about the problem after reading thru all of the comments in this thread and forming an opinion.

Replace PATH_STEAM_OR_STEAMLIBRARY with your case. 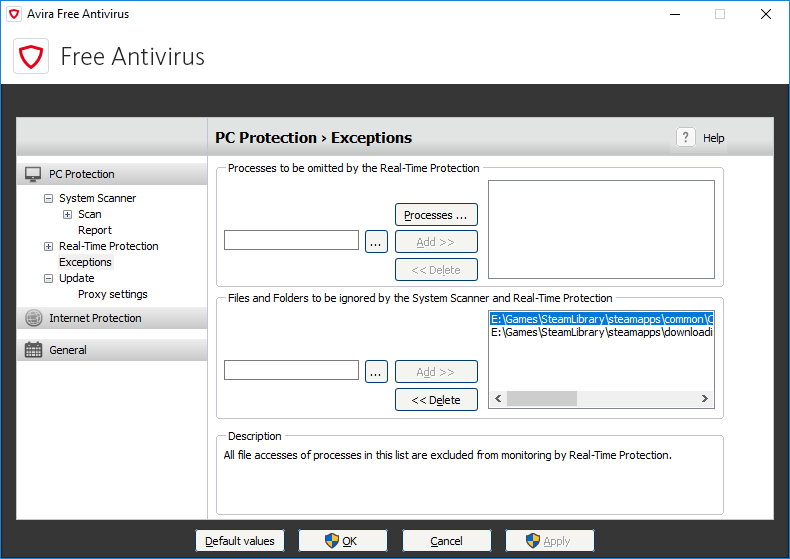 If you have already updated the game and it doesn’t start - check steamapps\common\Conan Exiles\Engine\Binaries\ThirdParty\GraniteSDK\Win64\release.
There are must be 5 files:

If grGranite.dll doesn’t exist or have 0 bytes size - restore it from Avira’s Quarantine or Verify game files in Steam or redownload the game

No, Avira is not the only one - Total AV is also flagging it.

Never heard of Total AV, and coming from me that’s saying something.

Total AV doesn’t show up on this report. Link. Though many of the top dog AV’s out there are reporting everything is fine. I’m using Bitdefender, and it’s the king of being overprotective, and even it didn’t show up there.

I can confirm that I got the issue on a computer with AVIRA and had no problems with the update on a machine with McAfee antivirus software.

After several tries of downloading several Gbits with a slow Internet connection, I found this thread (or better the merged ones) and saw that this really seems to be an issue of the AVIRA software.

As RayKV stated, I also needed two exceptions to let this bypass AVIRA. For me, the antivir software also spotted the grgranite.dll as malware and moved it to the quarantine zone - for both pathways.

Moving it back with the exception flag for the file had to be repeated after a restart of the computer and repeated downloading of the last update patch in order to have both exceptions accepted by antivir.

With the two exceptions, it seems to run properly.

I do not say that I am content with the solution. I only did these exceptions, because I think, if other major antivirus software do not have a problem with the file, and I don’t read ugly things about it on the web, I allow this.
However, in principle I would prefer, if FunCom or any game developers would not put it onto their gamers to worry about such things but prevent this from happening.
Suggestions to turn off or deinstall important security software are no advice… there should be another way.

So please, modify your patch for the convenience of your gamers!

Here’s the other half a buck …

The problem does not lie with the Funcom developers, but the inaccurate heuristic algorithm that AVIRA uses. One cannot expect a developer to anticipate bad code in an antivirus.

I do think, however, that Funcom ‘could’, in no uncertain terms, advise AVIRA of the problem.

I had this Problem using Avira yes and today I solve it.

Maybe Funcom could do something or not, whatever, but the best there is the solution of this here in the thread. thx to RayKV.

Replace PATH_STEAM_OR_STEAMLIBRARY with your case.

Just follow what he says and it runs immediatly ok.
See details in his post above
Well I put the two “…\release” folders in the exceptions list and restore the files out of Avira’s quarantaine and the update could run to end.

Also, thanks to RayKV for the detailed solution.

RayKV’s response should be flagged as the answer to the thread to help those with Avira find the solution faster.

Since this is still causing confusion (understandably so) between our players, let us clarify once again.
We’ve verified our files once again and they’re all malware free, and all executables are signed with certificate. Avira antiviruses are flagging grGranite.dll files as malware, but it’s a false positive. We recommend our players using Avira antiviruses to add the Conan Exiles directory to exceptions in their antivirus.

Say just asking - can the developer not contact avira and other antivirus providers and inform them of the issue? I m sure there is some communication channel for developers and so on…

Well, I am unable to/dont know how to add any files from conan exiles because I ran into this issue when I was downloading the game for the first time. Is there anything I can do or just wait until somehow it fixes itself?