Question of the Week: Why were you left to die?

I saw a guy on the subway eating M&Ms with a spoon! 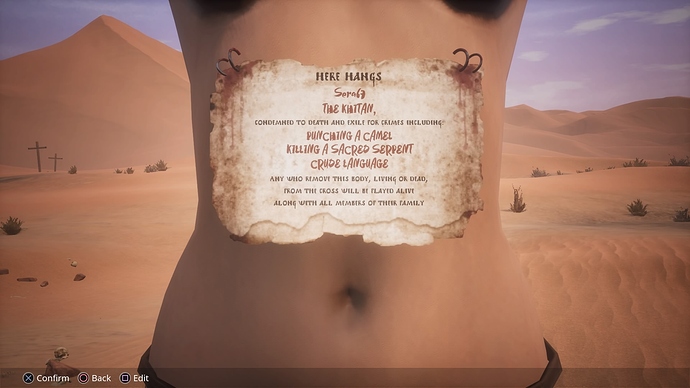 I was pretty happy with 1st one I ever got… just to classic Conan Movie fun… and I also swear like a sailor.
I always just played it off as, Punching a spitting camel…which stepped on Cobra charmers snake basket and yelling Fudge… and being knocked out by city guards. XD

left for dead for wanting more trophies? Thats some serious rp right there…

I don’t remember all of my original crimes, except that “breaking the fourth wall” was one of them. That’s admittedly a crime I tend to commit in most computer games in one way or another.

As to my “role-playing” story: My character, Kat, was a cat burglar in Zamora. Very skilled at a young age, she gained notoriety for successfully burglarizing well-guarded valuables. Good old Thoth-Amon’s agents heard of her, realized the girl would be an excellent choice for finding valuable relics in the ruins of the Exiled Lands, managed to capture her and sent her to the desert, making sure that a certain Cimmerian was making his wood-chopping rounds and probably save the girl, as he has a tendency of doing.

So her crime was basically “being too good at her job”.

Is breaking the fourth wall a filmmmaking reference? Thats the barrier between the actors and the audience

I did nothing, I swear! Maybe I had a drink or two. Maybe there was an argument, maybe with a camel, I don´t remember. Life´s not fair!

impersonating a priestess, sullying a virgin, lewd behavior with corpses

So while faking as a priestess, you sacrificed a virgin to the gods, then sullied her. You rat devil you

Those Set ‘grammar-Nazis’ - Poor use of punctuation. Gets me every time.

Is breaking the fourth wall a filmmmaking reference?

Yeah, that’s it. Also if a game character talks to the player, as well as in-game dialogue references such as “this is just a game, so anything can happen”.

Your profile picture is beautiful

For some reason I always really like that shot, and almost always compulsively screencap it whenever I bother to let the opening cutscene play out.

It certainly turned out better than the other shot I got from that one: 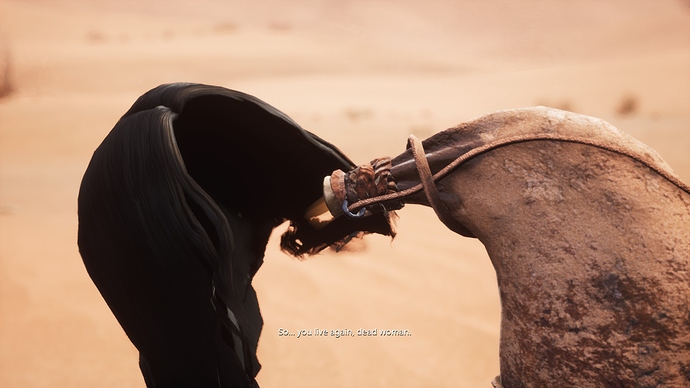 The Invisible Woman wearing a wig.

it is for any time someone in any story acknowledges that they are in a story by talking directly to the real person watching/listening/reading.

I didn’t pay my taxes and my bank loans

. So when i became exile, i became farm & build. Now why Bella since i am a guy? It is simple. I spend endless hours farming every single thing, running from one place to another seeing my players ‘back’. I prefer to see women’s ’ back’ and no mans. Plus when i started play the game, i was fixing masculine males and they were walking like apes. So my Bella is a pleasure to my eyes i will never change her

For worshiping my Holy Cats of course! 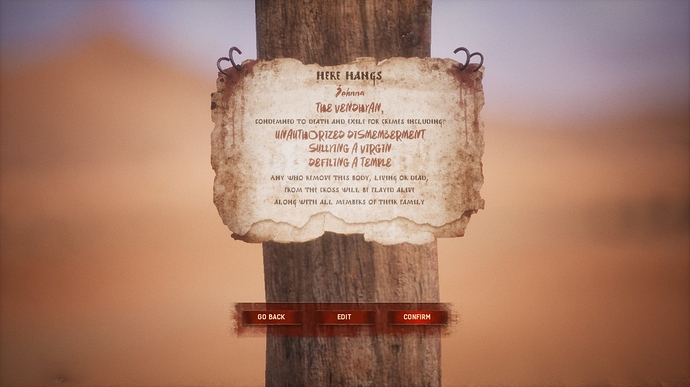 This is why i was left to die 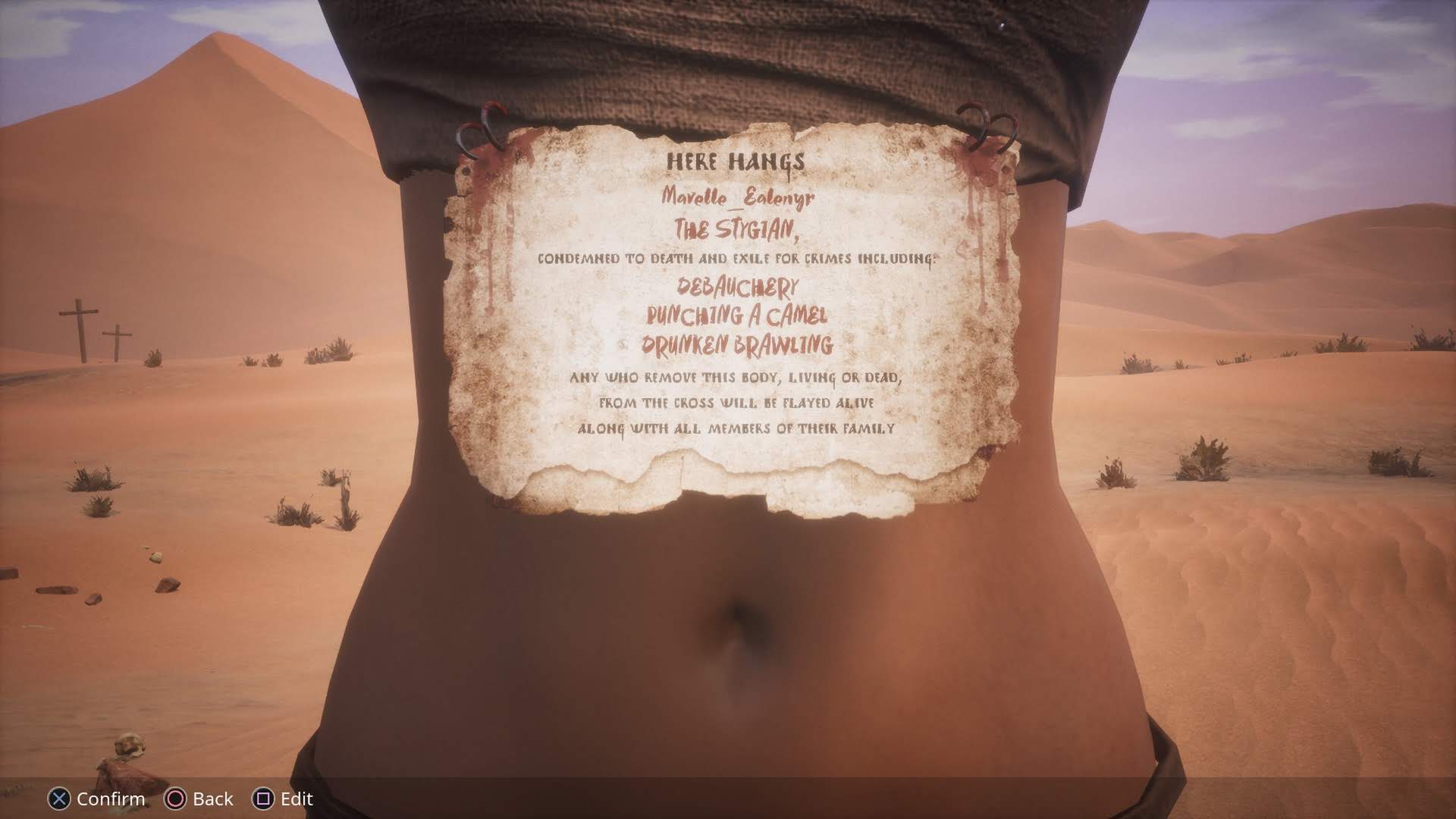 Bunch of lies!!
I, a true worshipper of Derketo, was performing my midnight ritual in my devotee clothing.
A drunk guy decided to get on top of a camel to look at me trough my window. Noticing him, I ran outside to tell him off. I wanted to punch him, but being the small woman that I am and having a terrible aim, I hit the camel instead (the poor thing). Little did I know that drunk ward was the son of the of a very influential man that is best friends with the king. And thus I was set up…

I can’t remember most of my reasons, but one stands out: Breaking the Fourth Wall. I thought that was pretty funny.