Question of the Week: Why were you left to die? 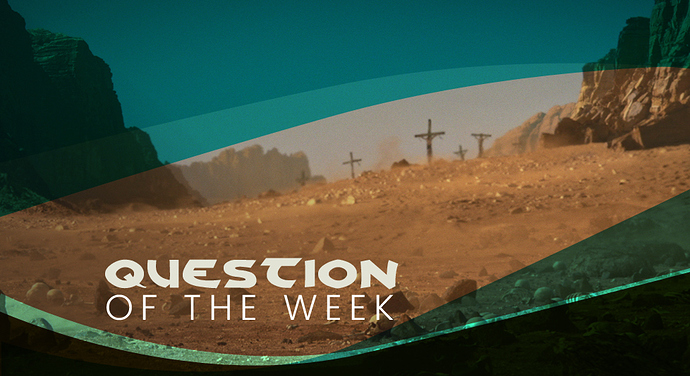 As we know, the first introduction of your character is listing off a couple crimes you may have committed. Ranging between punching a camel, posing for a selfie instead of helping in a fight, or straight up beheading the wrong person. What I’d like to know, is what are you in for?
What crimes were you dealt when left for dead on a cross?

Feel free to tell us what you were actually given, or maybe what you gave your character in RP! Screenshots welcome. Thanks to FinancialDrop on Reddit for inspiration of this week’s question!

Smoking and drinking in the workplace, a foul temper, and cutting donuts in half… I’m kidding of course, I would never cut a donut in half. Savages…

I went and threw together a backstory for the sort of exile I tend to make, in case I ever joined a roleplay server and actually stuck around long enough to interact with other players. Which, given my social anxiety and work schedule, has yet to happen. But I’m posting it here anyway. (Certain details have been cribbed from Age of Conan and Conan Exiles lore notes, because reasons.) 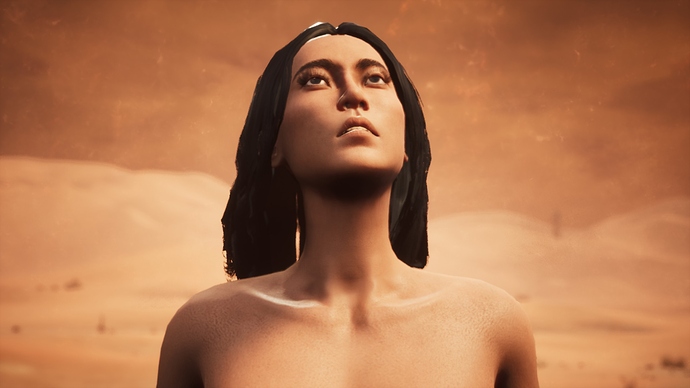 20200128190342_12560×1440 225 KB
Fan Xiao Wen was born in Khitai’s war-torn Chosain Province, but at the age of seven she was sold by her impoverished parents to a foreign caravan on their way out from Paikang for money to feed their other children. From there she was bound for the slave markets of Ardashir, but upon leaving Khitai the caravan was set upon by a band of Hyrkanians, who took pity upon a terrified Khitan child and took her in to raise as one of their own.

Among the Hyrkanians she would eventually earn the name Gan, the bold one, for the way she pushed herself and took risks to catch up to her Hyrkanian peers in riding and archery and prove herself to her new family. For the next ten years she rode among the horde of Tokhta Khan, taking part in raids on trading caravans and doing battle with rival Khans, until King Yildiz of Turan decided he’d had enough of Tokhta’s antics and crushed the horde under the might of his army, enslaving any survivors.

After a ten-year reprieve Xiao Wen finally reached the slave markets of Ardashir. While her exotic Khitan pedigree would normally have sent her straight to a pleasure house or some noble’s seraglio, her fiercely independent Hyrkanian upbringing left her far too unruly for anyone to want to deal with and she was sent south to row on an ill-fated Stygian galley, which on its first voyage ended up wrecking off the coast of Kush. After washing ashore, half drowned and still chained to her oar, Xiao Wen was taken in and nursed back to health by some local Kush!te villagers. From there she decided to make her way in the world as a wandering mercenary, having lost yet another home and gained a taste for fighting among the Hyrkanians.

For the next five years or so Xiao Wen wandered the land, selling her services to (almost) anyone willing to pay for them; in that time her travels took her back to Khitai, where despite having picked up a rather disdainful attitude towards her own people from the Hyrkanians, she found herself reconnecting with and taking a new pride in her native culture. She never did make any attempt to reconnect with her family in Chosain though, having long ago disowned her parents for what they did to her.

Eventually Xiao Wen found herself in Khemi, where she got wind that some Stygian noble was looking to hire a group of mercenaries for some kind of expedition. Though the job sounded more than a little shady the promise of low risk and high reward won her over, and despite her reservations she stepped forward to join the others.

Unfortunately, by the time they were stripping her naked and nailing her to the cross it was already too late to back out.

I remake characters on my singleplayer game all the time so I have seen quite a few of the crimes. One sounded like my exile had a grand old time before being shipped off - impersonating a priestess, sullying a virgin, lewd behavior with corpses.

“Fornicating with low beasts” and “cultural appropriation” pop up rather frequently, as well.

Sullying a virgin is an option, funny. I want to know who at Funcom came up with that one and how was even introduction as a choice in a production meeting.

Your profile picture is beautiful

Cultural appropriation is my all time fav. Makes a statement…

I was exiled for eating corn on the cob in a no cob zone. I need my cobs!

Combo skipping and participating in religious rituals to the old dodge roll trying to summon it back.

I was exiled for corrupting a minor and besti ality.

Granted, the Sultan’s daughter isn’t the best looking, but calling her animal is just harsh.

Edit: Blanking out the word from the forum that appears in game and is the crime seems a bit much.

Been so long but I recall inciting a riot. Steeling vegetables or fruit.

haha I didn’t know it did that. Uncensored, for now.

@Bizcotto Truely the most heinous of crimes. D:

cutting donuts in half… I’m kidding of course, I would never cut a donut in half. Savages…

I am a menace.

Creating too many mod projects that are left half finished because I get destracted by new shinies too easily.