Hellou! As you see. I dont have any Ideas of Programming at all. And yet, i have ideas.
At first its the idea of skins usable like tattoos.
So if you get a skeleton skin, you still can dress yourself with usual armors. Its meant for Roleplay servers to be more individual.
I would go wider with the idea, to get some more different skins for this game. Like Goblins. But they have more like them own armors, made for they size.
Its more an Idea, maybe doable as Mod?

More for the Game itself, i really wish some customable Banners for the Clans itself.
Its for Roleplay and PvP really nice to do so.
Im new in this Forum, so i dont know, if someone already suggestated that.

I would totally LOVE to have customable banners.

But being a software developper I think it could be complicated.

I suggest an easier way: let us to dye the current ones !

(and banners of course)

the game is fantasy, but based on conan not on wow, lord of the rings, etc. in conan
Regarding having personalized flags and symbols that I would love
You could put some grinds and symbols as a basis to create each clan yours. because importing external images would be complicated and a can

I doubt very much you’ll get fantasy race skins because elves and the like don’t fit in with Conan.

Customizable banners would be nice. As for external images, it is doable. Because you can do this in WWE 2k19. You go to a website and link your PSN ID to the site account. Then you upload on the site and it downloads into your PS4 to use in the game, as tattoos and stuff.

That said, I can’t say for sure just how complex the coding is for something like that.

Applying dye to a banner to color it would be nice. If you could break the design into 2-3 pieces and dye each part separately, it would be even better.

customable banners now that would be cool . And for another why is every time some one come’s up with good suggestions 4 or 5 of you gang up on them and tale them they cant that’s BULL @#$& let them speak that is what this forum is for ?

Banners are a nice idea, and exist still as mod.

Goblins for sure will not happen, they’re not part of the Conan universe and lore.

I would love to have individual Flags and/or Banners featuring each Religions symbol on it.

Preferably those that won’t overlap or penetrate walls. 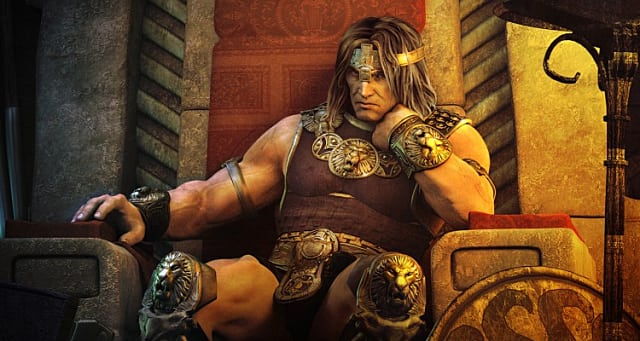 Conan does not approve of your goblins either…

I’d like to see more banners. Religion-based would be a must.

For that point about customisable banners, it would be cool to have this integrated as a Clan feature (like emblem of flags and even tabards ?

). But this might be quite heavy for the game to handle that.