Stormglas Right / Left inverted Walls can’t be places correctly. They snap only to one side and can’t be turned around, no matter what you do, they don’t fit.

What happens if you place a ceiling and then try to snap them? 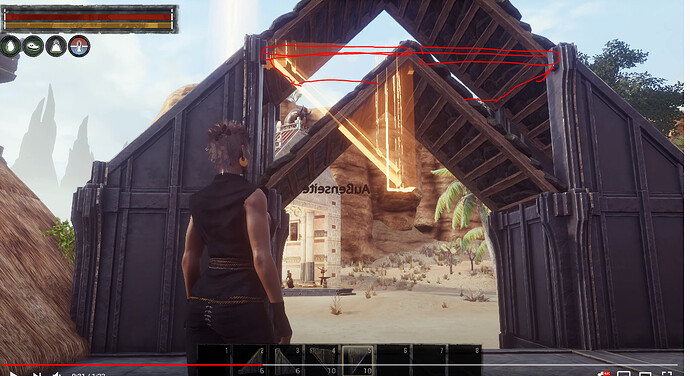 The same Narelle. They never worked well, since Stormglas came wih the Siptah DLC. FunCom never fixed them, but I really hope that they will do it now

i can confirm it . bug is as old as siptah…

you can do this in other tiers and mats, but then when trying to replace with stormglass it wont let you.

There is an easy fix for this. If you have stairs or a sloped roof you are trying to fill in the side of with those inverted bois, you have to remove the stairs/sloped roof first, place the angled wall, then you can replace the stairs or roof. I know its not the best way but now that you know this you won’t mess up later as often.

you can do this in other tiers and mats, but then when trying to replace with stormglass it wont let you.

Yeah, this is really annoying. Also, “left” and “right” are different for stormglass than for other building materials.

When you select a “Stormglass Left-Sloping Inverted Wall”, this is what you’re placing: 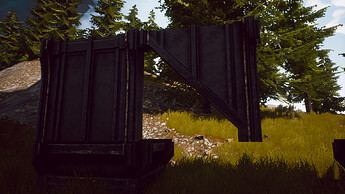 Contrast that with, for example, “Turanian Left-Sloping Inverted Wall”, which gives you this: 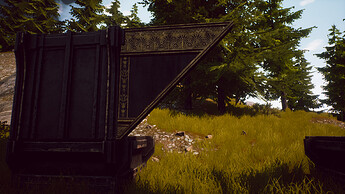 Both are “left-sloping inverted” walls.

That said, I’ve been able to place them more or less correctly if I put up a ceiling and hang them from the underside of that ceiling, as long as there’s no stair, ramp, or sloping roof where the wall piece is going to go. Those can be added later without problem, but if you put them down first, then you’ll have the problem @BradMunkey mentioned.