I’m not sure if its been mentioned before or not but will there be an update to the Testlive branch for the dedicated servers. As of right now it doesn’t seem that there is.

Just wondering if there was any plans to do so or if I’m just missing something.

Based on what I saw in the Dev Stream the answer is no.

You have to use the separate testlive version, not a branch of the regular

I don’t see a separate testlive version of the dedicated server listed in steam.

Go to your library in steam. Look in the left hand pane where all your games are listed. It will be there. Assuming your looking for where the separate testlive client is

Maybe Im not understanding what you mean. Theres is a thread in the main testlive forum that explains how to use the testlive version. This is what it looks like to me 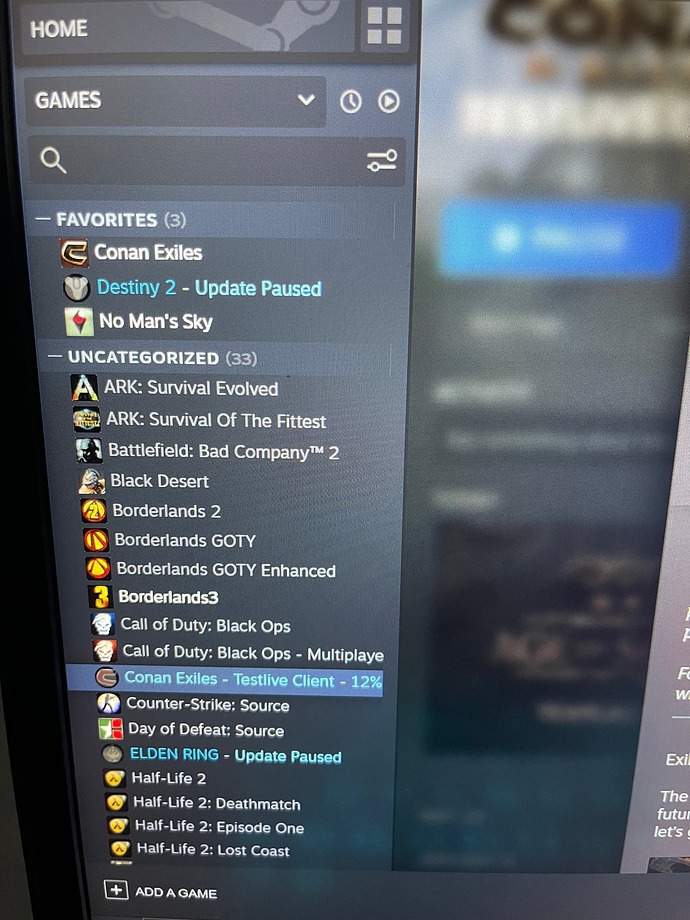 Yep, that’s the client. I’m talking about the dedicated server, which is a separate app from the clients. It doesn’t seem to be updated to 3.0 yet.

For those still curious, the 3.0 testlive dedicated server has a completely separate app id:

If other encounter the same issue, could you try the following: Instead of starting the Dedicated Server Launcher normally, open a command shell at the same location the launcher is located, and start it with the following command line: DedicatedServerLauncher1600.exe -steamid 931580 Basically the DSL is compiled with hardcoded values 443030 and 440900 for the server and client ID values, but this command line can be used to override the value (there’s also “-steamidclient” for the client …

For some reason this didn’t work for me. I went into the DedicatedServerLauncher folder and edited the file SteamCMDLauncher.bat. Made a backup and change the steamid in 2 lines then saved. I had to also make the file Read Only. Now works great even after auto server restart.