@Tartaros indeed, we can confirm the TestLive US - PVE went down at 2:30am early Sunday morning and is still down here. Have tried all we can think of for our clients and sent @ConanExiles and @Funcom Twitter messages too…

And this is why I uninstalled Testlive. Losing everything 4+ times was enough.

My suggestion is use the Conan Dedicated App to run your own version of Testlive. It can be set to auto-update and reset daily, so it will behave like a regular server and not suffer the limitations of Solo mode.

Updated with information from a @Toolguy post in THIS thread:

Instead of starting the Dedicated Server Launcher normally, open a command shell at the same location the launcher is located, and start it with the following command line

Ya that`s funny that you say that, I know just what u mean Testlive can go down for a year. Then walla there it is for 1 week then bye bye again. I gave up on it too but the addiction came back when 3.0 came out so I logged back on and I be MY BASE WAS STILL THERE.LOL

okay im glad it isnt just me lol, i thought i was going crazy!! i really hope they fix it soon- i had gotten a good start and was just trying to learn sorcery! hopefully @ConanExiles will get on top of it

Is the EU server down now too?

Ummm… it’s a TEST Server. You’re not supposed to be playing for keeps there. o0

It’s just there to try stuff out… see if it works… scrap it all and try something different. Find a bug, file a report… That sorta thing…

It’s up and working for me though: 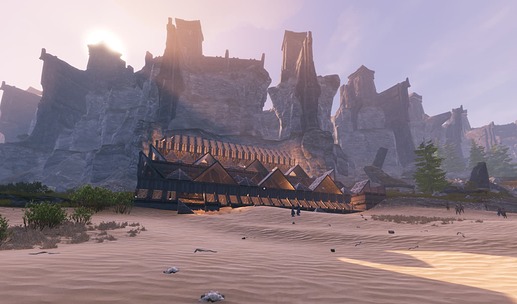 And just what is getting tested while the server is down?

Oh I know my patience limit, no need for further testing.

On a public, but not official server and so far my quick jittery movement bug was a server issue. As well as the NPC problems.

im not saying i was playing for keeps… im playing on there to test sorcery, all the new mechanics etc. thats what i mean when i said i got a good start- i had resources to effectively test stuff. lol.

You know you can just spawn those in as needed tho, right?

I don’t know that I have discovered anyone actually pinging Andy or Ignasi.

Please give them a

you could but the whole point of the test server is to test GAMEPLAY which really means playing the game as intended. bugs could be anywhere and while doing anything so just spawning in a bunch of stuff isnt the way to go imo.

Yeah, everyone is different. If you wanna test progression, you’re not wrong.

I played testlive from the beginning and they stayed up for about 2 years. Then it all went down hill.

i also submitted an email ticket, hopefully someone will see the issue on one of the platforms theyve been contacted on in the next hour or 2 lol

Thanks for the assist. Brand new to the forums today.

I will wait for release.