This just in… PvP was conducted on Fury!

The main man is truly a legend. Show your support for him and hit that Like & Subscribe!

Speaking of Spreadman, he recently informed me, his confidant and close personal buddy, that the next episode of “The Adventures of Spreadicus” is forthcoming as well!
Make sure you’re all caught up & even if you are, watch em again! 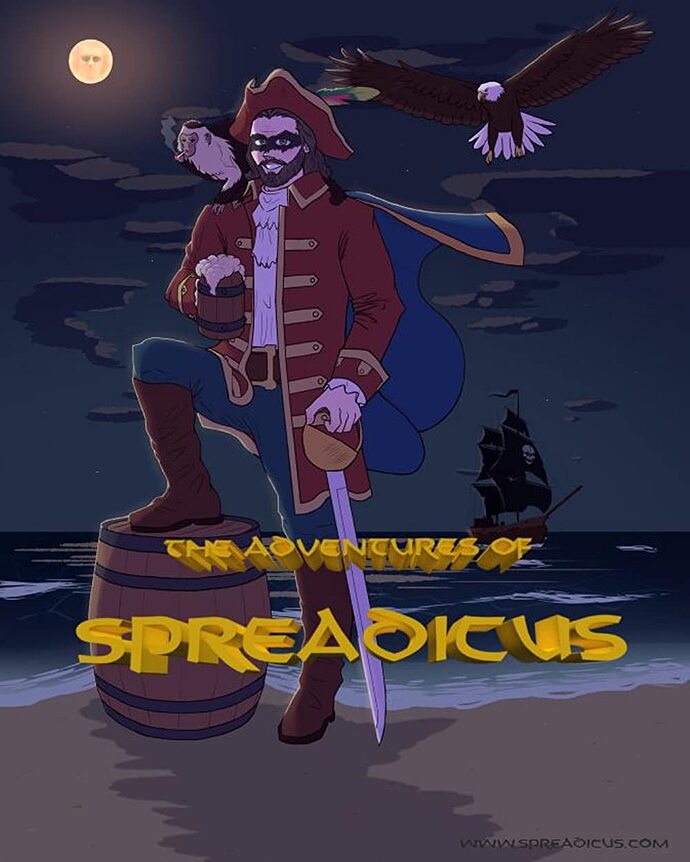 The Adventures of Spreadicus: With Spreadman, Cocolinna, Satetka, Jeremy Alice Long. This is the story of an ordinary guy who happens to reside in a legendary setting. He loves women and ale and he's about to find himself whisked away on a most...

Check out “Episode 1: The Guard Masters”, below! It’s a good one!

More PVP went down during Thirsty Thursday on Fury PvP! Come join the fun for Fight Club Fridays, every Friday night! US Primetime!

The pvp mod is a matchmaking app for world pvp. Tracking scores and stats in real time!
Tired of minigames riddled with afkers & insane kuth + t6 geared vets who destroy everything in sight?
This app could be for you! Check it out!

Requirement to participate is a fresh level 80 character on Fury with no AA feats & Pvp 4 (tier 1 pvp gear max or less).
Roll one up today!
Free fast leveling is being offered to newcomers! Get to 80 in no time at all!

The Saturday Night Skirmish starts in a few hours!! You don’t wanna miss this!

Did you ever think about build for your barb? One you have is a pure trash… 90% of your video we watching death animation of your char and running you from resp. It is a bad promotion for very nice idea and good way to keep PvP in this game. (dont want to offend)

Spreadman ( who is definitely NOT groovy dude ) makes sushi as he slices and dices his way through his enemies, oh oh oh oh

More slice and dice action from the Spreadman as the Saturday Night Skirmish commenced over the lands of Hyboria!

I’ll be sure to relay your concerns to Spread. He takes all constructive feedback under consideration as he weilds an experimental reaver barb spec. Dont let his misfortune dissuade you from trying the app, as he has very high PvP aggro, and it’s not nearly as bad as Crom minis…

More PvP went down this past Sunday night as Spreadman and friends took to Thunder River for a rumble in the jungle! Good mads as they say!

More PvP action went down for Monday Night War as the Commons district takeover commenced into the wee hours! Come get in on the PvP app today!

Warface Wednesday went down without a hitch as the gang fought tooth and nail over who that particular hill belonged to! Show me your warface!! Thirsty Thurdsday starts in a few hours! Get ready!

Still waiting for the spreadman to post his tier lists for all to see.

A rip roaring good time was had this past Thirsty Thursday, and the pvp gang pulled no punches as they drank ale, traded blows and heard the lamentations of nearby women!

Get in on the action at Fury PvP (the pvp server)! Newcomers and returning vets welcome! Daily PvP matches in various locales around Hyboria!

Twas was another successful Fight Club Friday as Spreadman and the pvp crew traveled across the beautiful Northern Grasslands of Khitai, to the frozen slopes of Atzels approach, and all the way to the fabled lands of Cimmeria, as they terrorized the locals in the Eiglophian mountains and the field of the dead!

Just when you thought you weren’t getting an update today, The Saturday Night Skirmish went down into the wee hours and much fun was had as the legendary Spreadman and his gang of feckless hooligans roamed the countryside in their quest for combat!

Death and mayhem ensued during The Sunday Night Scuffle as the
Main Man & PvP crew took to the streets of Old Tarantia where they harassed the nobles, drank fancy mulled wines and picked fights with random passersby. That is, until the guards chased them out!

War broke out in Keshatta late Monday night as Spreadman and his merry band of misfits took to the outskirts of the fabled city to battle it out over who could down the most ale in one sitting!