I’ve recently built a tavern in the north and it’s pretty sweet, there’s a dancer, a bar keep, and a nice Nordic huntsman feel to it, but something is missing, music

. It would be really awesome if there were some “entertainer” thralls that played instruments.

Yes this needs to be added. Just more control over thralls in general… Heck, more role playing control is over due

I would love this! Imagine if you could have them follow you around to play your theme music.

You’re just begging for that Sir Robin clip aren’t you… well, I am a simple man, and it’s Friday… 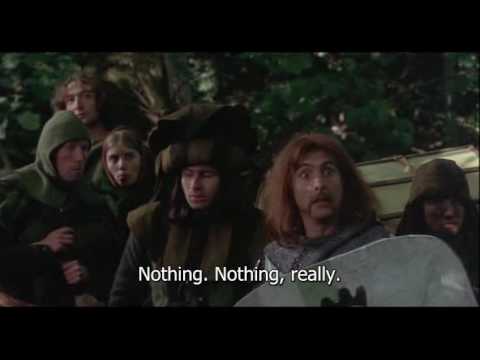 This amuses me quite a bit

You are a blessing, ser!
I wouldn’t even be mad if all they did was obnoxiously pull aggro like this.

IIRC, there were different types of entertainers originally planned.
A Bard was among them, I never lost hope that one day they might still be included.

We will all just have to wait an see.

But I would really like this feature, and I am decidedly not a RP type player.
But variety in things in the game, yes please.

Oh, by an odd coincidence I recently built a tavern in the south, we thought a de-corruption station near the unnamed city might be a good idea, so I built one as a tavern.

If you are noticing how much the community is asking for this (things like musicians, hair change, name change, more Thrall control) then Funcom notices too. That’s why we shouldnt stop. A lot of people want more rp vanilla options and this is how we let them know

Agreed. It can sometimes feel a little disheartening to see the same suggestions time and time again, things you think would improve the game immensely, with no action taken (highlights include this suggestion, and evergreens like armor stands for example). But keep suggesting them, and keep liking them when people do. Can’t hurt, right?

As a musician myself in my spare time, I would love to have this often requested feature. One way could be to transform instruments such as the Harp and Drums into ‘crafting stations’ of sorts. By that I mean we can place the Musician Thrall on them like we would say a Carpenter, then they play music.

a little disheartening to see the same suggestions time and time again, things you think would improve the game immensely, with no action taken (highlights include this suggestion, and evergreens like armor stands for example).

Agreed Mikey. I do wish they would just be more forthcoming at times and say “no Im sorry, but this one wont happen as it is just too difficult to implement” or for that matter “yes we will add them in due time, but have more pressing concerns to address first”. In the meantime, I agree with your course of action; continue to ask politely and constructively and upvote them with ‘likes’ whenever they appear.

I agree, it would be nice to have more feedback from them. Just a simple, here’s what we would like to do in Conan, these are a few of the things you will most likely never see. I believe they did do a stream like this recently (December?) and it was really helpful. Lead designer (i forget his name . . . Alex?) was super open and there was a lot of clarity. No promises that perhaps might not be kept, but a lot of, ‘yeah, i don’t see why we can’t do that, i have it on my list to look into’.

I’m not saying to stop. I’m just not high on hope.