You know for the life of me I can not recall, after you leave tortage is it possible to revisit tortage night mode without rerolling a fresh toon? if so how do you get back?

Yes, you can return to Tortage

A Smuggler in your racial ‘hub’ city can transport you, but smugglers in other cities will not work.

Yes I know how to get to Tina at the thirsty dog but she isn’t giving me the option to go back to tortage night. I thought maybe the option is on another npc.

Thats what I was afraid of. Well No worries. Thanks

Yes I know how to get to Tina at the thirsty dog but she isn’t giving me the option to go back to tortage night. I thought maybe the option is on another npc.

… Spreadicus, by chance, are you scouting sets? 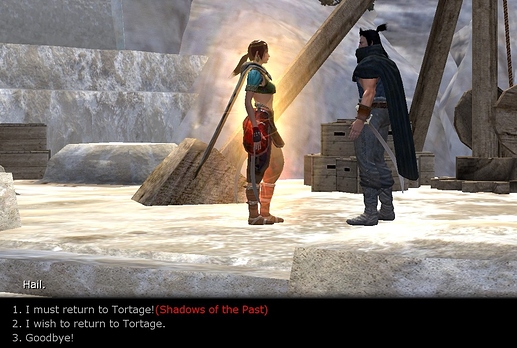 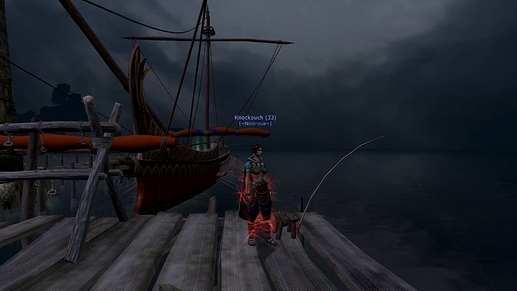 Hmm, How do you start this quest? My tortage smuggler in stygia isn’t offering me that quest option.

Especially if it can be visited with other players.

Perhaps some of your cast did the quest and able to enter and get images or stream video for you to record?

Do you know if this quest is shareable?

there are intervals; beginning in the ot sewers, temple of mitra, by smuggler to tortage night, acheronian ruins, up to the bat demon’s perch and exit to tortage

Thanks for the info I guess I’m just going to have to work around it.

It is an anniversary quest, the anniversary is over and even if you still have the quest you can no longer access the playfields.

You can still speak to the Tortage smuggler in OT, even with the anniversary quest no longer running: 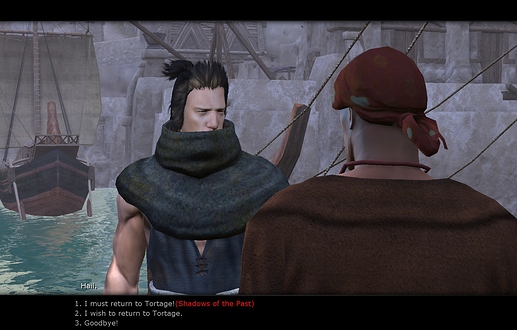 As long as you have competed the first part of the quest (outflow tunnnels etc.) and not completed the rest of it, you can do the Tortage part of it (even as a group, as long as members meet these conditions).

Of course there is no reward atm because the NPC is no longer present (will be back next year?).