NA PVP server #1880 is run by a toxic alpha clan called TOS ( they change their names often to avoid being called out, its run by Mr. Goodkat).

i dont normally post on this forum, but since Funco refuses to moderate public servers at all. it becomes the job of us player to call out bad and cheating behaviors.

this clan TOS is composed of around 5 to 6 members who believe they are alpha and are unquestionable by anyone about anything. they have a member named John Wick ( unlike the character this guy runs with his posee or thralls but never able to hold his ground alone) shaking people for resources or thralls, mostly new players. if not payed they raid sandbox bases by the river everyday.

they have foundation spammed most of the jungle by the witch queen and by new asgard to avoid anything from spawning or anything from being built. if asked to make room for other players. they start calling people ret–ds and f–gs. anyone trying to create a clan gets insta raided to avoid them from building anything.

there are players who pay their dues and look the other way to be allowed to play, as long as TOS is allowed to do as they will. several clans that were working on public map rooms and just raising tames were wiped simply because they didnt want map rooms available to everyone. john wick spends the entire night mocking lower level players, while Mr. Goodkat loves using xenophonic and homophobic slurs to call out the few players left hiding on the corners of the map.

they have been caught duping and wall phasing several times, but claim it is not so and that they are just pro level players, and actively target players to leave the server when proof is provided. again funcom has been notified but thing is ever done.

i suggest you avoid this server alltogether until a clan willing to wipe them and clean the server of these kind of people show up. i havent seen this level of terrible people since early days of rust. it is that bad.

I hate these kind of people, feel sorry for you mate.

This is just not true. I play on 1880 daily, and have been on the server about three weeks. Couple of points:

I would take the OP’s post with a grain of salt. This seems to be more of a case that he poked the bear and then got mauled.

Funcom has recently clarified rules , and created a mechanism for players to report certain abuses.

The message that appears each time you log in has a url for this information you can also find it here-
[PLEASE READ] Official servers - Terms of conduct, guidelines and procedures

I’ve been on this server for a very long time and while I missed a lot of the drama (I failed as the historian of this server), I can confirm a few things using UhtredoofBeddanburg’s numbers

OP seemed fine to me except did get angry before this post and even lashed out at me because I wouldn’t admonish his enemies for being “harassing”. I never really saw it, just normal internet smack talk. I suggested he just rebuild and with the other clan TOS wiped also, work on their revenge.

thank you for the unbiased reply, still the official Historian!

Join No Mans Land and you wont have to deal with any issues.

We have 9 servers to fit everyones needs.

and most importantly. 24/7 active admins.

We also have a custom dungeon being made by snow hunter right now. 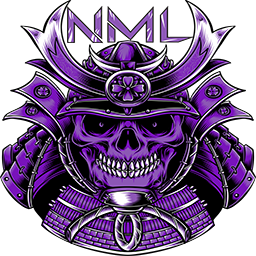 This Mr. Goodkat and friends joined my server the other day, OP is 100% right about them, they just spout hate in chat, and raid/try to extort everyone on the server. Also he never shuts up, pretty sure this is his only hobby.

I would also put a large wager on some sort of esp hack since they found multiple bases of ours within minutes of each other.

theres is any vanilla pve-c?

Please remember that you can always file a report in Zendesk as our team over there will be able to help you out further.

You can read more about how to submit a report here: Official Servers - Terms of conduct, guidelines and procedures