Hey all, with the introduction of some beautiful new columns in the Argossean DLC, figured I’d share some tricks on a reasonably efficient way of getting square pillars to sit properly on wedges, and how to ensure the patterns between wedge and square foundations/ceilings align properly with sets like Turanian. While this will be a lot easier on PC servers running @Multigun’s Less Building Placement Restrictions mod, the example room from my base was actually constructed without it. In otherwords, this can be accomplished on Official and console servers, but it’s apt to have you wasting more materials while you experiment.

@Ignasi, @Hugo, this video should also be considered a referendum to the devs & art department on design steps they could take to make building more enjoyable for all players. Last year, Funcom did the right thing by listening to feedback and updating The Savage Frontier DLC so that the ceilings and foundations showed internal lines for players to align textures more easily.

Unfortunately, this wisdom was forgotten with subsequent DLCs. While PC gamers on private servers at least have some recourse with mods like LBPR, those playing on Officials, consoles, or who simply prefer a more vanilla experience shouldn’t be forced to endure such frustration – there’s plenty to do in-game without having to waste time and materials like this… 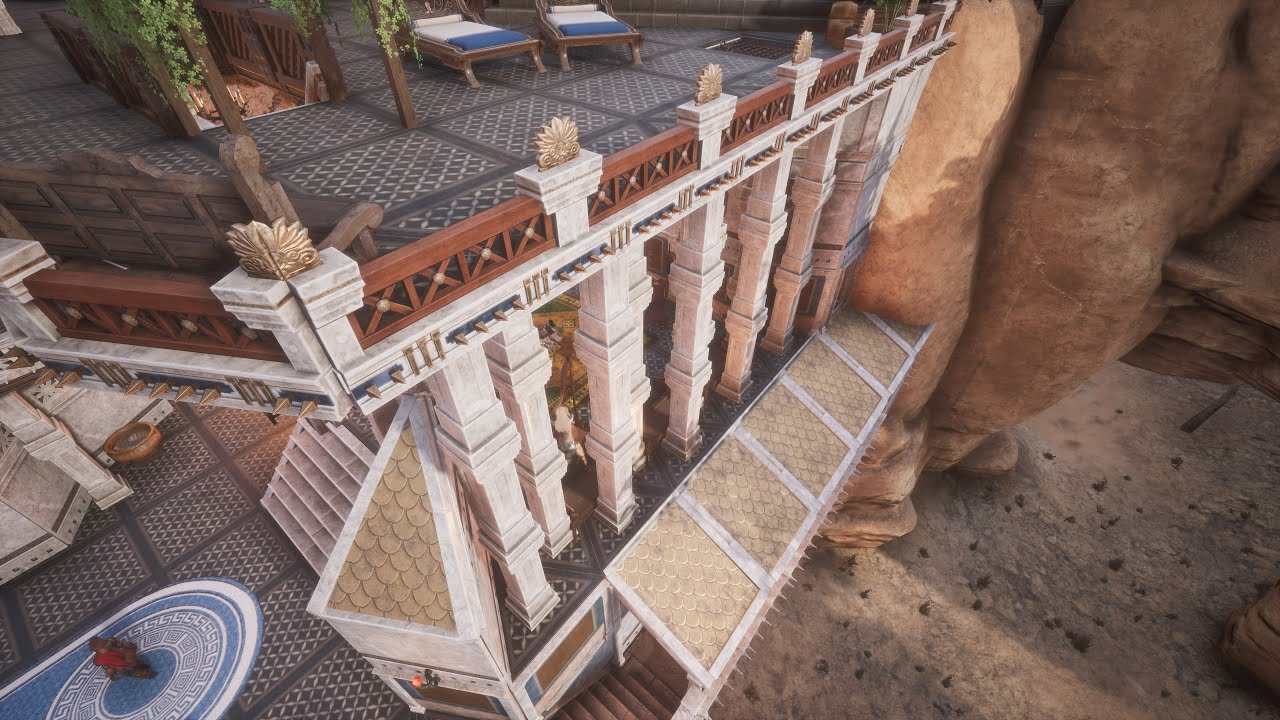