it would be possible to introduce more siege weapons similar to the ballista from Game of Thrones and a battering ram; the ballista could be mounted on the existing siege base as a second option instead of a trebuchet; The ballista can be weak against buildings but powerful against living beings, it can be large with a low rate of fire to be easily avoided by small targets but lethal to large targets such as a purge dragon or as a countermeasure to destroy the trebuchet and the ram can be heavy and slow to allow time to counter with the currently useless siege cauldron; doing 2500 damage with slow consecutive hits would give enough time to damage the ram with the oil from the siege cauldron increasing its dispersion 3 squares forward and some fire … Lastly, it would also be nice to add a portable siege weapon not explosive, like a hammer that does 200 damage to structures but minimal damage to people or similar.
If the idea of the ram seems difficult due to the uneven terrain, perhaps a kind of ramp for the ram could be placed as rails, adjusting the height as is done with the siege base at a maximum height of one and a half foundations; although it may not be possible to add the oversized ram if I would like to see the ballista and a portable version of the ram please.
Use:(Google traductor). 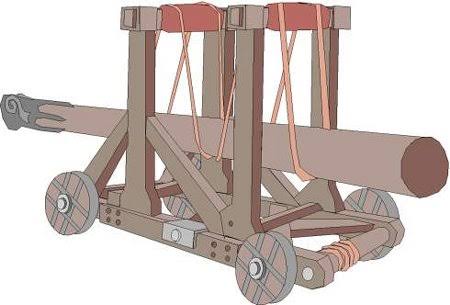 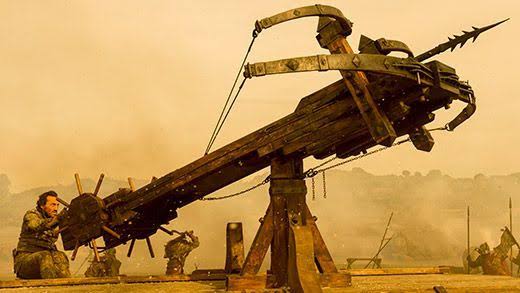 what do you think? … you have some other siege weapons in mind; He comments.

Ballistae are too big. The much smaller scorpio would be more suitable to fit on defensive walls.

As for the idea in general, I have always expected Funcom would add more siege engines, but it is probably a lot of work.

They said 3.0 will be big, so if not sorcery, maybe siege engines.

I am not sure how useful a ballista would be as an offensive weapon. Maybe for sniping heavily armored thralls, I guess?

Still, I think a scorpio that could maybe attach to crenelated walls like the siege cauldron would be pretty cool - especially if you could station a thrall at it, but that’s probably asking too much.

even if it doesn’t work against players it can be used as a countermeasure for a trebuchet or just to have a good time taking out the purge … making it too efficient will likely annoy pvp players who would complain about the lack of close combat or easy removal of your followers.

taking into account that there are argos and aquilonian DLC, a ballista is not so out of place and as for the ram if some other form of non-explosive siege is needed such as a hammer with 200 damage to structures or similar.

Maybe you’d need to man it with thralls, making it a sort of investment.

the siege cauldron could be the ram’s countermeasure as no one currently uses it and the ram could give it a purpose.

Ballistae and Scorpions are cool too,but more of a Roman thing, aren’t they?

True, but there’s a lot of roman influence in Howard’s design of the central Hyborian kingdoms, especially Aquilonia and Nemedia, and the counterweight powered trebuchet didn’t come around till the 12th century, so I think Ballistae or Scorpions would be alright from that perspective (though the ‘battering ram manned by thralls’ idea does sound more interesting

the siege cauldron could be the ram’s countermeasure as no one currently uses it and the ram could give it a purpose.

Would make a very good pair of opposing strategies

Does the siege cauldron even do damage? (It didn’t last time I tried, but that’s PVE, so maybe it’s another PVP only kinda deal?)

It’d be nice if Cauldrons for Crenellations actually did something. Maybe it could ‘pour’ the effect of oil orbs and then sets them on fire if there is a thrall within 3 squares?

That is an excellent idea, although nowadays everyone breaks the walls from a distance it would be good the ram because it would force them to approach the wall and it would be slow enough that they could not avoid being damaged by the siege cauldron… at least to damage the ram.

I am not sure how useful a ballista would be as an offensive weapon.

Although the truth is that it would not have much offensive capacity, its main use would be to combat other siege weapons such as the trebuchet and the ram if it is incorporated, in addition to fighting the gods or simply killing a boss for fun.

I would love to see more and better siege engines added! Yes please!

I think the idea of the ballista and ram are both good.

As the op said ballista is more defensive anti threats.

Making a moving ram could be very tricky though.

Still, I think a scorpio that could maybe attach to crenelated walls like the siege cauldron would be pretty cool - especially if you could station a thrall at it, but that’s probably asking too much.

It would also be an excellent idea to avoid having to change attributes when shooting arrows with great damage and to be able to quickly go out into close combat.

Funcom has no care to move raiding forward. 4 years , no attention to any raid mechanics. They (and I am not saying is bad) have decided to do more RP and Sandbox builder updates…see keep all attached in 2.7 as proof.

But I would love to be wrong, and see these type of things, and DbD 24/7 Servers.

Seeing the changes that have been made so far and that I love, I trust that the update 3.0 will not disappoint; but if I would like to see more weapons of siege as myth of empires that I did not know up to this week, but apparently it incorporates siege weapons … unfortunately it is only for pc

I totally agree! Its too bad they didnt go for proper siege weapons like that in the first place. The treb was a great implementation. But the explosives & explo arrows are not. They should have kept explosives away, and focused on fire arrows/ and burn damage instead along with gate/door/chest/vault breaking/lockpicking mechanics for quick raids, and force people to siege properly if they want to destroy/conquer someone.

I believe that would lead to much more fun and engaging fun pvp battles. (and less grief/wipe situations between clans/solo players)

Battering ram would be awesome!!

What about more siege technologies too? Like the siege tower?

I did not mention the besieged tower because due to the unrestricted construction it would be useless against buildings on mountains or too tall; in any case it would be better to be able to place a ladder … and although I loved the bear trap, it feels a bit useless, maybe if we could kill a deer with it or immobilize NPC it would be fantastic.
mainly because PVE players are useless because it only works on players.

You know what, I am absolutely 100% in favor of adding these new in-game items/mechanics for the benefit of PvP mode. I mean lets face it, how many new in-game items does PvP actually request, let alone get…? By that I dont mean a rebalance, nerf or an item rework, but actual phsyical, useable in-game items and artifacts? Not many.

Here is a shortist of the ones I have seen suggested up over time:

As far as I can tell none of these would have any negative ramifications for PvE or Singleplayer mode. So I would have no qualms about any or all of the above being added to the game. Come on Funcom, if they want them let them have em. If anyone can remember any other ones, I am happy to update the above list.