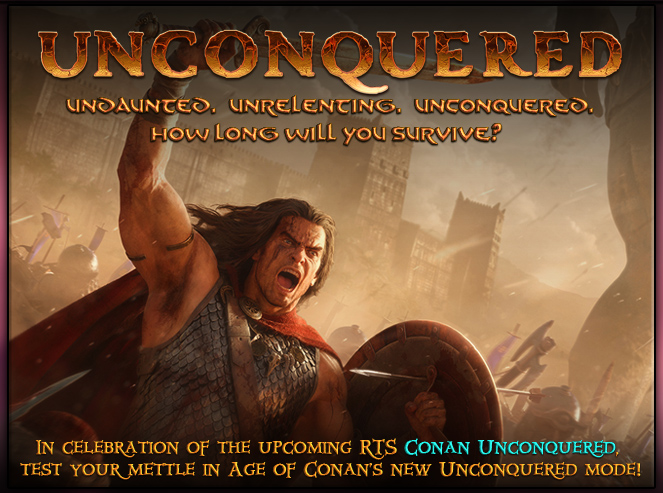 For the fearless adventurer, the new Unconquered Mode challenges you with a simple task:

Create a new character, mark them as Unconquered, level up, and earn new rewards! The only catch: If your Unconquered character dies, the run’s over. You won’t be able to continue earning rewards with that character.

How long will you survive?

The character itself will not be deleted or become unplayable, but will lose their Unconquered status. You can still play the character and continue progressing as normal, but no additional rewards will be provided.

It’s important to note that an Unconquered character DOES NOT lose their status if they perish in a Minigame or in the Pitmaster’s Arena. Those are the only exceptions, however - deaths in the open world or anywhere else will cause your Unconquered run to end.

The new Badge system allows you to show off your achievements to everyone in your vicinity. As you continue to level your character up, you’ll unlock new badges. Here’s our Community punching bag Manager with the Level 80 Conquered Badge displayed (granted upon reaching, you guessed it, Level 80 as an Unconquered character):

While not normally known for lurking in darkness, some rogue Cimmerians have heard whispers of Keiara’s exploits and seek to follow in her shadowy footsteps as Assassins .

Long known for their love of foul sorcery, Stygians soldiers now marry their thirst for magic with cold, hard steel to take up arms as Dark Templars .

Both new combinations are available for all players for free!

Rejoice! Everyone may now equip weapons in the Vanity tab! Any weapon you currently possess is eligible to be placed in the Vanity Weapon section, although the vanity weapon itself has to match the type of your power weapon.

This has been an oft-requested feature and we hope you have fun creating zany (or badass) combinations of looks now that you have the option! 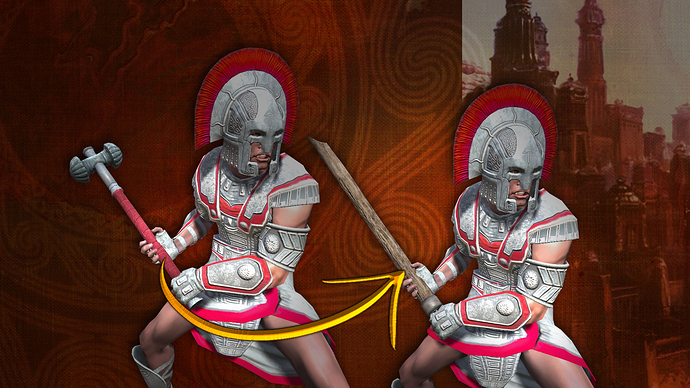