Waypoint Marker/Totem for Thralls to go back to

Okay, the amount of Times i’ve lost thralls because they go back to some random place and a week later i stumble across them, I found one of my better Greater Bears at the Silvermine by chance months back after being unable to find him.

I’ve lost so many bearers because server would restart and then poof no more thrall.

So my Suggestion would be for a new placeable called “Waypoint Totem” Only one can be placed at a time. But it acts like a reset post for Pets/Thralls. Where they always will go back to if you get lost or disconnected and if you don’t pick them back up after so many hours.

As far as I can tell, they always go back to the last place you told them to wait after some time, even if that was some random spot you put them if a dungeon because they decided to just stand in a doorway and not move otherwise.

If you get disconnected, they will be wandering around near where they were at that point, but will return to their last wait point given enough time.

There’s a bug which causes thralls/animals to completely disappear off the server. Go through jhebbal sag exit portal as server crashes and anything following you is gone forever

I understand what you are asking and don’t necessarily disagree that this wouldn’t be handy. But hopefully this post will help you understand why it’s happening to you.
They are not returning to random places…The thralls/pets return to the last place that you set them to guard … ie the last place where you lifted them off the ground and put them back down. (yes, occasionally the game has glitch and doesn’t remember the latest guard co-ordinates but a previous guard position)
So if you do this when they are on follow you stop them from following you and reset their guard/home position. To get them to follow you again you have to chose follow. If you have reset their guard/home position then before you log off you need to use the Stand Guard command again to ensure that they stay at your base.

Hopefully the screenshots help you understand why your pets are ending up in random places: 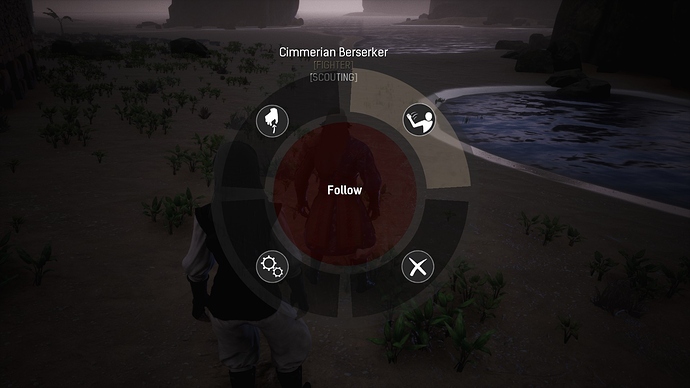 b) chose “stand guard” to lift the thrall up to move them: 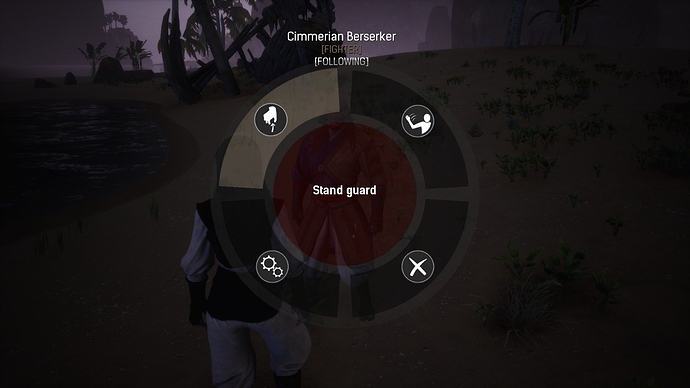 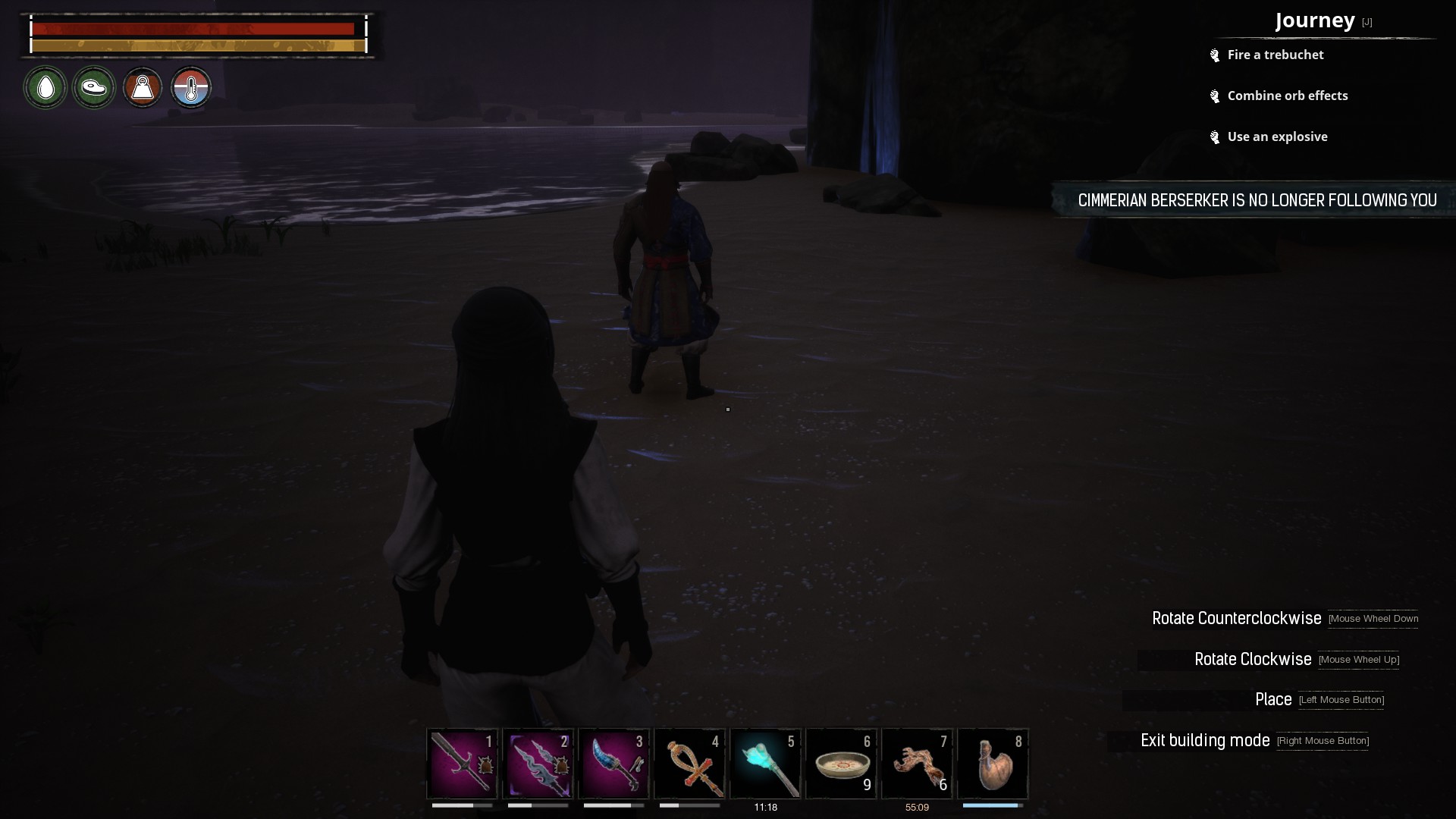 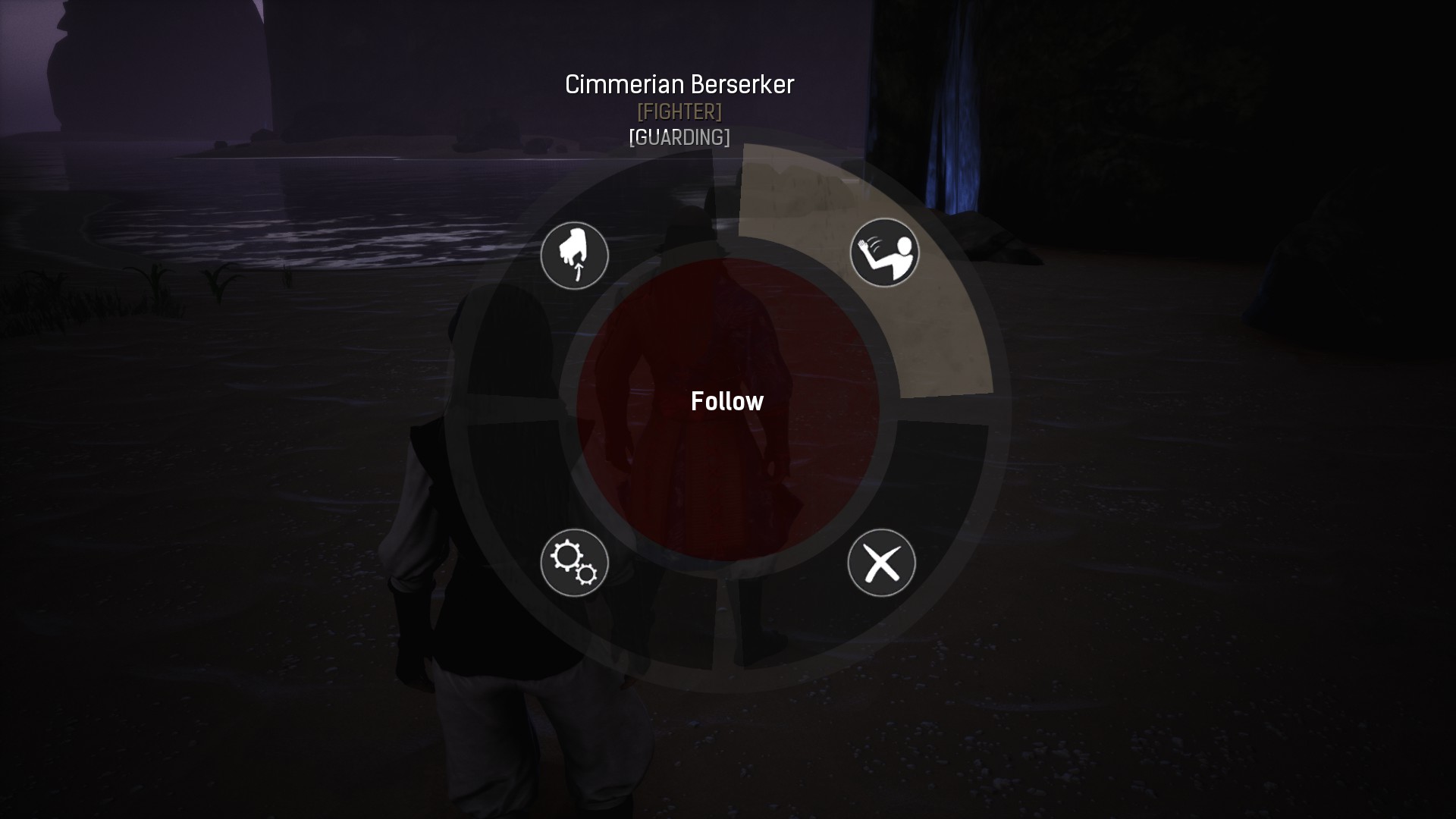 One of my thalls who had a pre-set location literally went poof.

This would be extremely handy for PvE when moving bases: just cycle thru all your thralls telling them to follow then stop following. The problem is, I suspect this could also be abused in PvP by setting the end-point near an intended target and then doing the same. Suddenly, instead of having a single thrall following you to an enemy base, you could have an entire army strolling up to their base.

Logged off and another thrall is gone again >_> Even though i had him on follow when i logged off and switched him out for another one, But i never had him on guard mode at all when i was away from my base

The event log should least say what grid they went home to.

Maybe the addition of a return variable to the feeding pots and boxes would be in order. Whenever one stops following and ends up too far from the base, they return to the closest pot / box placed there and guard them.

The frost drives the pig home.