I think this game would have pve content more difficult, so…make the actual content easier…not that I a want.

PS4 as well. Offline SP when i tested.

Regarding building in the Unnamed City

Ok @WhatMightHaveBeen, @Shadoza and @Larathiel I have done some further testing regarding my levels of building freedom in the Unnamed City, and the results may surprise you all. Purely Offline Singleplayer on ps4 (so no mods). Seems I can build almost anywhere there. Here are some pics. 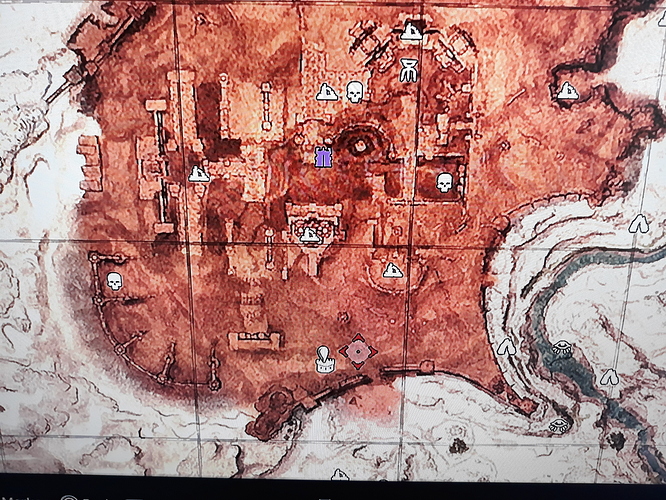 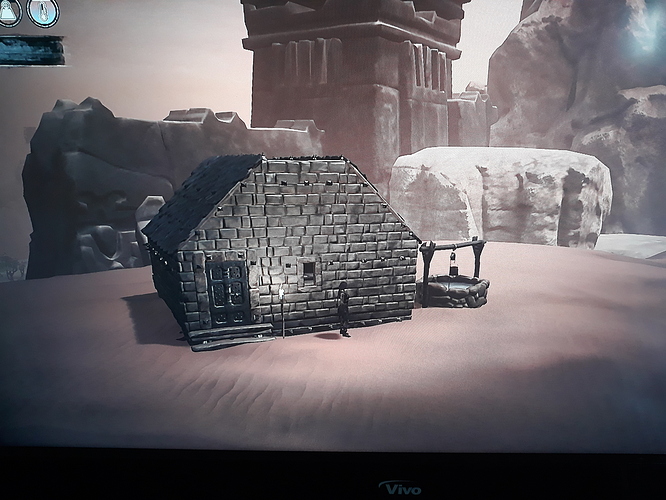 The Obelisk outside The Archives (handy for Maprooms…): 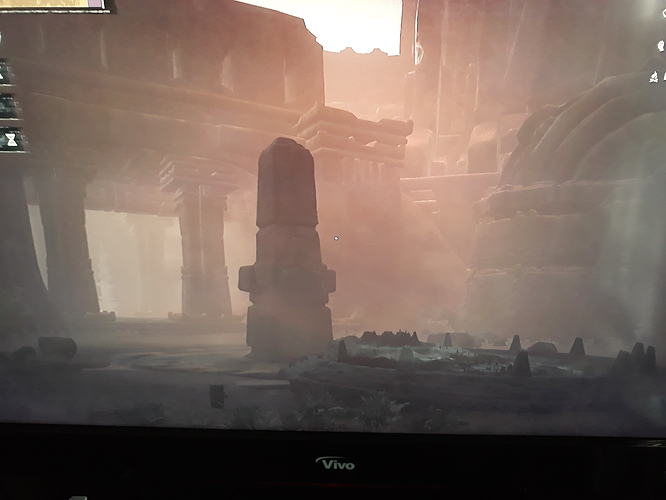 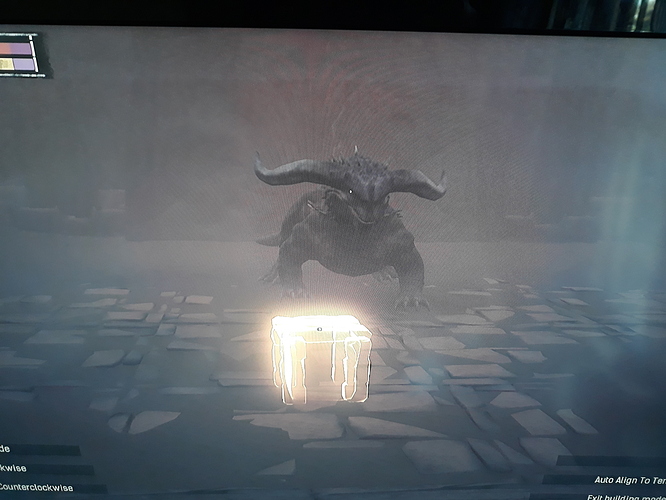 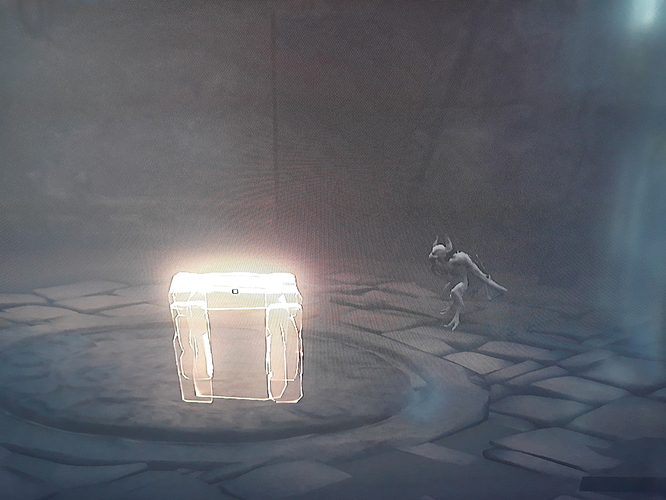 Having wandered around with a Bedroll and Foundation in hand, over large sections of the city, I found there were very few places it would not allow me to place it. Pretty cool hey.

PS- how is that Maproom placement for convenience?

Any you play on a console so there’s no mods, right? How odd…

Survival game, be glad you can spawn at the very beginning.
I hope they don’t create checkpoints.

@Larathiel I have edited the post above with the answer. But you are right, I am a console player so no mods. I am purely Offline in my Singleplayer game, so that maybe an inflencing factor(?). Larathiel are you a PC player also?

@Shadoza I honestly wouldnt be surprised if you were just a little bit sighted, as Im sure many players would love to have that level of building freedom there. For the record I am counting my blessings and feel lucky here. The offline factor I mentioned to Larathiel above may be the reason. On ps4, counter to PC we have what I have termed ‘true offline mode’ basically I dont need to be hooked up to the internet to play. In fact I often go weeks or even months without going online. I generally only do so to download either updates or dlc, then log straight off again.

Another thing to note, although irrelevant to the UC is that I can and have teleported and built settlements outside of the Cursed Wall. I am curious if this is simply related to my mode of play, of if either a) I have a friendly bug, or b) You all have a negative bug. Because the UC has its own unique Purges, and they would not have built such a thing for us if we were not intended to access them. So one question at hand is: could it be perhaps that the building restrictions in your modes are unintentionally too stringent (in a sense turned up too high, spread too far out), as opposed to mine being too lax…!?

So is that the furthest into the Unnamed City biome’s borders that you can build Shadoza? You cant build deeper into it or at any of the locations I showed in my post?

At the official server I play, someone had a base at the edge of UC. More south like… Can run to it and make a screenshot (PS4).

Larathiel are you a PC player also?

Yep! I’ll have to load up in single-player at some point to test those other locations you showed, but I’ll be surprised if my results are different than @Shadoza’s. I’m inclined to think this might be a beneficial bug for you.

Nope. The game says I cannot go there as it is outside the map boundary. If I attempt to slip past the wall, even in god mode, I die. I can at least in one place, ghost passed the wall. I used to be able to Admin jump past the wall before the Jungle was completed, but I cannot do so now.

Another very interesting turn of events. I can not run through it, and I have never tried god mode before. However I can use Admin teleport to get out there. I know other users such as @TwoJay have been out there, and like myself even built settlements there. We have taken to calling it ‘The Outer Rim’. Provided I leave about a descent buffer gap of say half a grid square or more, I can quite easily teleport past it. I suspect the Cursed Wall is actually thicker than it looks. I have even ran to the very edge of the map and jumped off into the abyss.

Furthermore, I am able to walk right up to where the dungeons are placed there in the NE of the map.

Im not going to have a big rant on the issue, but this is part of why myself and BiJay advocated a new biome in the North Eastern corner of the map. After extensive testing, everything functions normally there for me. Furthermore, dungeons dont actually begin until row 16 and higher on the map. That is a LOT of untapped potential, and some very cool looking landmarks there within too.

You may well be right Larathiel. Im not going to make a judement call as to who is right and who is wrong on this one. However…I am gravitating more towards a negative bug for you guys. The main reason being the Purge. The Unnamed City has Purges, and unique one at that. But why would Funcom design and implement them if they are unusable or intended to be…? And I mean essentially the entire biome is unbuildable for you guys. Im suspecting that (bug?) the no build radius has expanded further than they intended. I suspect that there is only one way to ascertain the truth here; summon them for answers…

But do I dare potentially put my own benefit on the chopping block for the sake of knowledge here? 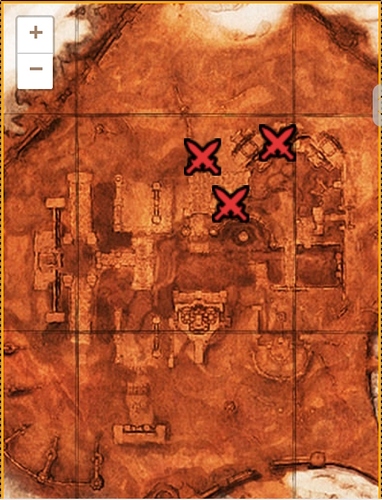 @Larathiel here is what drives my Purge fed suspicions. This is off the official Gamepedia site. You can find it by googling ‘the purge’, then after entering the page opening the ‘Purge Map’ option. The 3 possibilities listed are “Nest of Scorpions”, “Shambling mass of Undead” and “Leigon of Demons”. The last sounds unique to me…and very interesting.

I cant recall the thread unfortunately, but I am certain that another user said he got a Purge of Dragons there in the past!

But do I dare potentially put my own benefit on the chopping block for the sake of knowledge here?

Sacrifices need to be made for science.

I have decided. If others are locked out of building in an entire biome when the shouldnt be, and being forced to miss out on unique Purges, that is a ‘bug’ which should be addressed. It would be selfish of me to continue my funa while other are missing so much potential freedom.

@Ignasi we have questions regarding building or lack there of in the Unnamed City. I strongly encourage you to read the preceeding posts. So should we be able to build in the Unnamed City, and if so, where are the no build zones and where do they start/end?

PS- this is not a request to ‘…fix…’ them if its unintended.

You can get “Legion of Demons” purges in the E5 square

my own experience was in the top right of it.
Just has to be close enough to the Unnamed City, from my experience with it.

So what are ‘Leigon of Demons’ exactly Spookums? Were they just Wights or Skeletons? Or something different entirely?

Well, it’s been a while since I’ve had them, but from memory I can remember that it:
Starts out as Imps, no exploding ones I don’t think, and moves into Bat Demons alongside Imps. After a few waves it turns into only Bat Demons, which can include the Albino Bat from the Tower of Bats(This guy popped up in more than one wave, too). And around wave… 6-7, I think it was, Green Dragon Hatchlings turn up alongside the Bats with the end boss being a big Green Dragon.

Gives me an excuse to build some more.

It was incredible amounts of fun, and hectic as f***, seeing as I started out just building on a post-wiped private server at the time. First Demon purge I got was without even having Iron weapons and with help from around 5-6 other players, where only some had gotten iron weapons and all of us others just used stone weapons of varying kinds. We were all below level 30, if I remember correctly… We didn’t even manage to kill the end dragon the first time, it ended up just running off after a while as the purge got defeated. But holy hell was it fun.

I’ve actually gotten both the demon and scorpion purges before. Even though they are centered on the UCity, Demons (for example) extend well north past Muerila’s Hope.

Also, I’m pretty sure building in UC is supposed to be impossible because during the recent “What’s your favorite biome” poll, when some folks asked why UC wasn’t listed as an option, one of the admins said it was because we can’t build there. I’ll see if I can find the link…

Which is your favorite biome in Conan Exiles? General Discussion

Although we understand the viewpoint and can agree with it to a degree, we don’t consider the Unnamed City a biome. This is why we didn’t add it to the list

OK, so Ignasis merely said it wasn’t considered a biome, but not because we can’t build there. I guess that was just my presumption from their answer.

Sooo back to where we started I guess.