We will have mounts, swimming creatures should be next step!

The mount anouncement made my day as a conan exiles player and someone that made this suggestion several times.

But now that i know you didn’t give up on the promised features, how about making the creatures able to swim again, like in EA? You already have some swimming animations! Game is balanced now, and, if you can disable creatures and thralls to enter water, just make the swimming ones able to enter, like crocs for example.

I think the lemurian dungeon was a really missed oportunity to implement swiming creatures. But now with the mounts anouncement, i have hope. And, after the swimming ones (you can take one more year, i won’t complain), you can make flying ones to make bow and arrow more fun.

Is it just me that wants this? xD

I like your suggestions @thesimon2, really. It would be fun and exciting to have such features in this game. But you shouldnt expect too much. The team of Conan exiles is not as big as the team of Ark. Funcom has less possibilities to push the game as you suggest. But who knows - maybe in future

They attempted it before in the past but they couldn’t get the pathfinding to work properly so it never got past the stage of a screenshot of a nasty looking fish way back at the start of early access.

something seems fishy with this thread…
all jokes aside; yes please! and also flying creatures… make the archers extra useful!

I agree with this recommendation. If I were a large, water dwelling relic from a lost era, I’d want to swim too! Escaping crocs is far too easy and there’s no sense of danger when one dips their feet into the water.

But, can’t they just disable fishes to go outside water? The same way animals can’t enter. And make some able to enter water?

We got more than a screenshot. I dont know now, but before we were able to spawn a “flying” fish with admin commands. The fish looks the same as one of the fishes we get as food.

There is a really awesome mod of Snowhunter and Hades.
https://steamcommunity.com/sharedfiles/filedetails/?id=1545911731
Snowhunter is the Creator of the Warmaker Dungeon and the new Winecellar Dungeon, Hades is the creator of the snowstorm Mod and one of the modders of the sandstorm mod.
You will find dangerous water creatures in this mod. They will not chase you but if you don’t be careful when you cross the waters or dive for chests you could pay with your live.

I agree. It just feels way too safe swimming in the water. Although I have not seen them myself, apparently we once had Piranhas and Oscars swimming around in the water which would attack us. Furthermore if memory serves me correctly, both they and Sharks were to be added into the games as part of the Sunken City dungeon update. However, they were removed due to technical issues. But Im holding out hope that they will someday make a return. 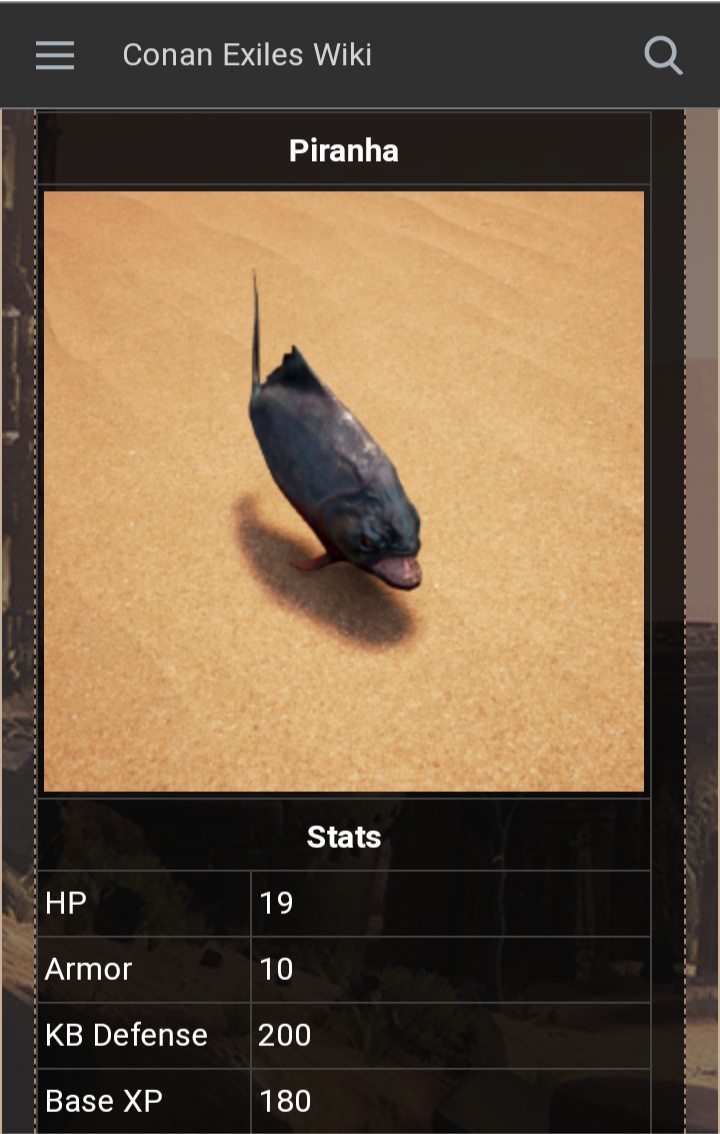 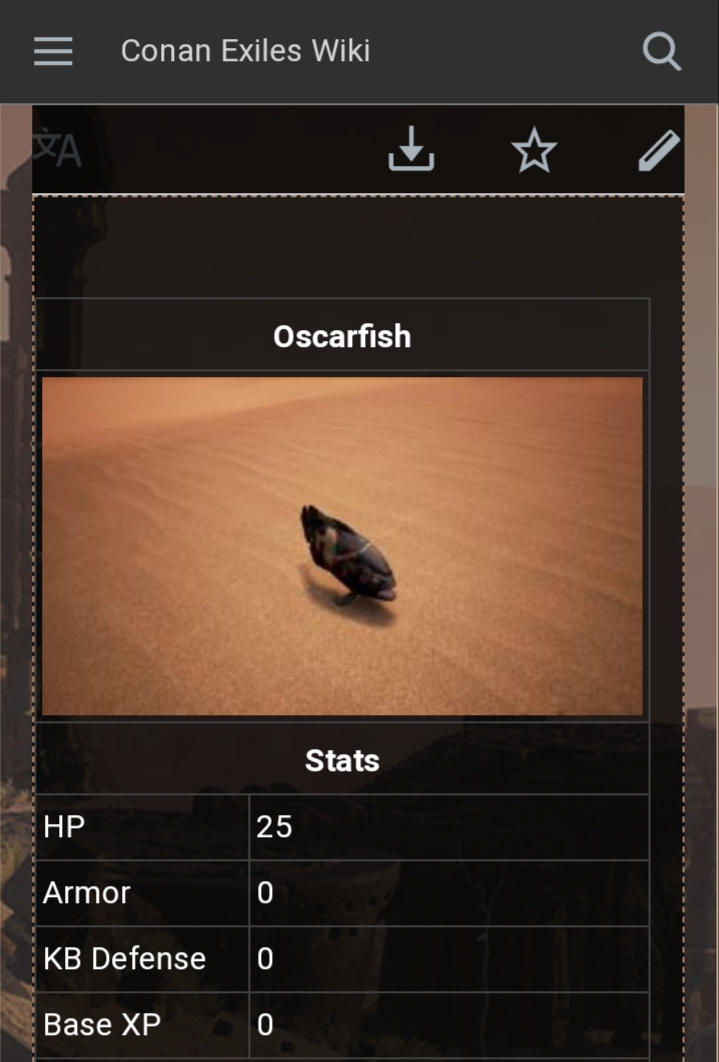 That is what i’m saying. They already have the models and animations. If they can do mounts, they can do fishes and swimmers.

I dunno man, I’m primarily an environment artist that does some system design due to my own needs. I’ll be the first to tell you I’m not that strong of a scripter but stuff like pathfinding AI can be incredibly daunting at times, especially when you need to take a third dimension into account. All I know is that long ago someone asked about it and the answer they gave about swimming enemies was that they had issues with the pathfinding for it constantly breaking and they couldn’t figure it out.

I hope it is something that does get fixed though, I’d like to have a good reason for swimming with a javelin even if it does mean I lose out on a carefree way to travel while over-encumbered.

I would welcome this wholeheartedly!

In a world as dark and dangerous as Conan’s, the murky depths hold way too little fear.

I think the same.

In the early acess it was common to see monsters and thralls chasing you into water. Imps and thralls got stuck underwater a lot and it is maybe one of the reasons they removed it.

But now they have a whole system to block certain enemies to enter water. Why don’t make they able to enter? A croc stuck underwater is not that ugly.

And if they say idle animations are not that hard, they can make swimming animations for big cats and other creatures able to swim. Just make animation for swimmers, and just enable these