This is just putting out there for jest and discussion/jabbing.

OK so as most of you know, I had big giant plans with undead sorcery and yada yada yada as I collected witch doctor undead and got my archers and handful of hooman thralls to balance it out…well the update did the following

So I got new ideas with the zombies and working those into the plan now that I know how freaking awesome they are.

Ya the armour affect on pets makes them even less so viable now. Nice to have a couple for Rp purposes. But I wouldn’t spend anytime on them anymore. Even thralls given the time needed to level has very minimal benefits. Helpful still but the player is now the focus. And as much as I like having pets and thralls the time spent leveling doesn’t yield any benefit

The teleporter vertical footprint was larger than planned so the entire storage bunker had to be redesigned for the PVP server experience.

It may well be less noticeable on thralls, but my pre-3.0-level 20 got turned into mincemeat pretty fast in fights post-3.0 thralls take on the chin. I’d say keeping an old one is probably not viable in either case (of course old-style Undead are not replaceable to there’s that).

Thank you for this!
I wondered "why my pets die so easily? I put 10 into authority, have them delicious foods, but they died like level 1 warriors.
So I spent the afternoon/night letting them free, spawning them back, leveeling a bunch to 20 with stats that are as close to the original ones as possible, then using an unbelievable amount of potions of rebirth to fine tune them even more precisely.

So I spent the afternoon/night letting them free, spawning them back, leveeling a bunch to 20 with stats that are as close to the original ones as possible, then using an unbelievable amount of potions of rebirth to fine tune them even more precisely.

You do realize that I posted a fix for single player / private servers for this right after the update?

@rolee9309 need to be more perceptive

You could’ve double-clicked a file and saved yourself all that work.

Uhm… whoops!
Well, next time a change like this will happen, I’m gonna use this instead of f** myself in the arse.

I’m gonna use this instead of f** myself in the arse.

I’m going to say that if you’re capable of that, you have no issues with either Grit or Agility already!

But I don’t have the charisma

Ouch that’s harsh. I can handle rejection in general but from myself… big oof!

The, um, “attribute” was renamed Authority. Although it goes by a different name during character creation. 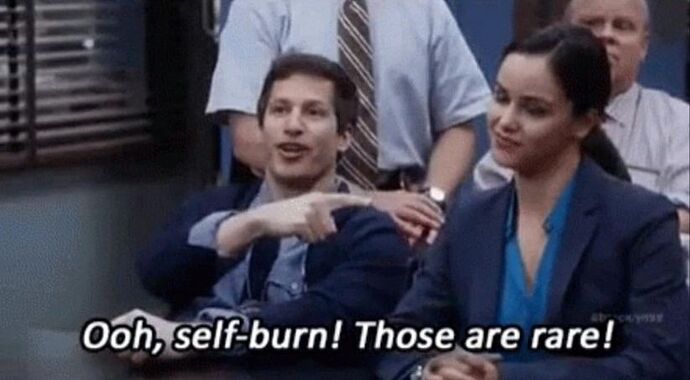 In the next life, I hope I will get some “extra points”! 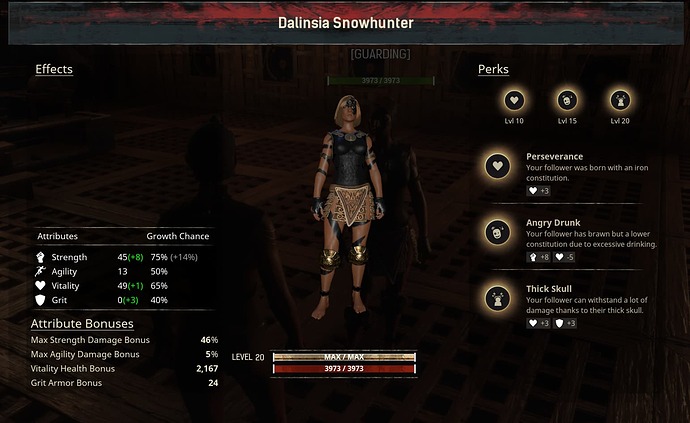 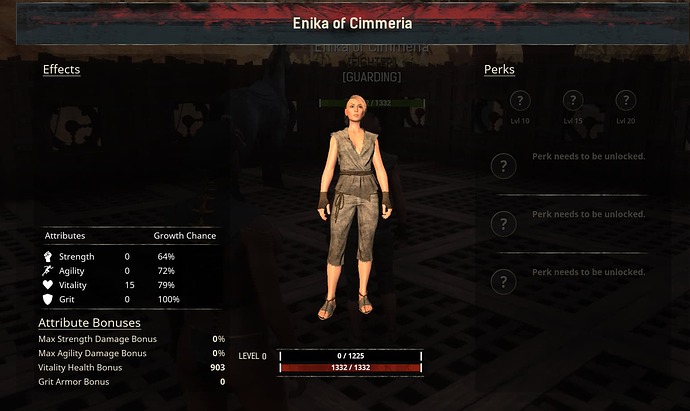 As long as they can get to 3k+ health without armor.

Hmm, I don’t think she will get that 3k health though, but even if she does, she’ll do similar / less damage as a bearer, so I wouldn’t necessary call her better, but I guess it can work as purge defense to keep NPCs busy while you get around to killing them. 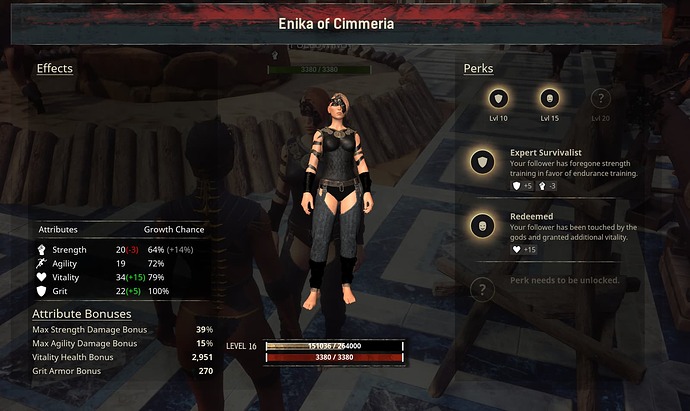 All thralls get legendary weapons with kits btw- just sayin!

It doesnt matter there are two of them!

Im the damage dealer not them as it should be

Yeah, I got myself a Frigga Falsehope, and she’s badass. Not Cimmerian Berserker level badass, but she does just fine against mid-tier world bosses etc.

Yep and thats the intention.