Whats happened to this game?

Its paradoxical compare the game we had a year ago with the shiny civilized “exiles” land we now have. 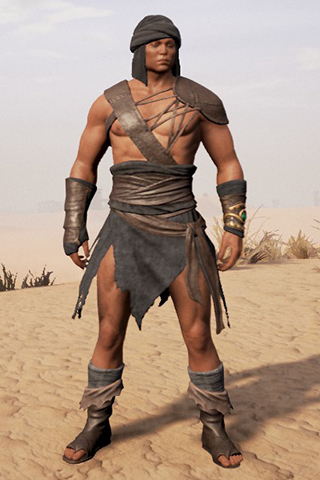 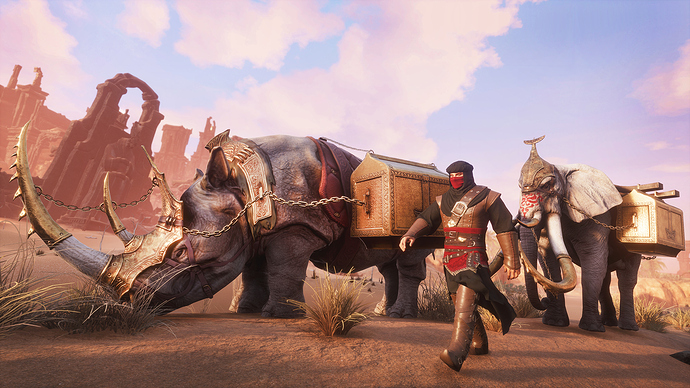 This is one of the only upsides to not being able to focus long enough to read books, it doesn’t ruin other forms of media for me lol.

Well yeah, I havent read the comics in years. But its not just about the books, the game has changed, its there. Think about what we could craft/build a year ago and now. Things simply dont match. 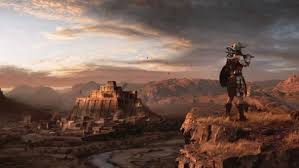 I always wanted to build such a great zikkurat or other type of palace. After endless hours of gameplay I now get this opportunity.

I always wanted to build such a great zikkurat or other type of palace. After endless hours of gameplay I now get this opportunity.

Endless hours? People can reach lvl 60 in a week, some folks claim to have reached 30 in a day. The “primitive” and “barbaric” aspect of this game last for just a small fraction of these “endless hours” you have played… lol.

I admit, I slightly exaggerated

Pick a fight with another clan or take out the bullies I spent 3 hrs raiding someone last night they wanted to keep their stuff bad dragging world.bosses into their base and everything all because they raided and killed someone over fish it’s fun taking out the bullies.

Sorry, but you are comparing apples and oranges here.

The default light armor is indeed tattered and primitive looking, but the default heavy armor in the base game most definitely is not!

I disagree, @Asteria. When we had only three types of regular armor I recall aspiring to be a shiny king. It’s all relative.

One of my (former) friends insisted that my playstyle was more PvE than PvP, because I also aspired to build great and glorious things despite the threat of wipe. I told him my belief is that Conan himself would’ve been proud to break into my beautiful house, dye my britches and leave putrid flesh on the floor. Even in the comics, Conan had opulent kings from which to steal.

IF we really want lore, then the clan with the most stuff on a server should be attacked and wiped by Conan himself once a month. Talk about lore, imagine logging in and Conan himself claims your castle, takes all your loot, and then wipes your character from the server with a perma-death kill, just like the comics and books. Rid the lands of corrupt over powered Empires.

…
This entire discussion feels pointless.
How does making this game a lot more “Conan” make it better?

I feel the game in it’s current constellation is fun. That is good enough for the grand majority who haven’t read books.

I think it’s fair to say a substantial amount of people out there play Conan Exiles for it’s premise, not it’s lore.

If you want the lore, read the books.

I only needed 3 things to convince me to buy CE: Nudity, Greatswords, Survival.

The lore is just an excuse to make the world have a coherence of style. It might seem harsh to see it that way, and lore buffs are gonna say “EXACTLY that is what’s wrong with it! Lore is not suppose to be just an excuse!”

But… to most people, lore really is just that.

I am a casual Conan lore guy. I read some of the books, been a while, but re-reading them. Conan movie with Arnie at age 9 was the first time i was introduced to the character. It is not 100% lore accurate. But after that, i read some of the books. So it did 2 things, made a really good spaghetti western style movie, and introduced Conan into the main stream at the time. Some like me read the books, growing the fans of Conan. I look at the game the same way. Video games are a popular medium to tell stories. There is enough Conan in the game to appease me, and yet enough liberties taken to entertain non fans. Some of those non fans will now go back and read the books on their I-pads. I saw a post on Conan Exiles PS4 FB where a young lady looked up Conan on google after playing the game last week, found info on The Conan movie 1982, watched it and now wants to read the books. So I say game has accomplished mission of why Funcom got the license of Conan.

For me it is: Solo play, building, sandbox.

For me, it was something Conan Character, Open World, and Third Person.

If you had read at least one Conan comics, you would realize its not Conan universe. Yes, the game is pretty, the art is awesome, the weapons and armor amazing designed. Too bad it has nothing to do with the original idea.

Actually I have read Conan comics back in the early 70’s when I was 8-10 years old, but since it is more than 40 years ago, I might remember some things wrong and I have to admit I have never read the original stories from Howard, but I still stick to that the game is within Conan universe, meaning the game has lots of references to what I remember from reading the comics back then, so please don’t assume things about people you don’t really know - Have a nice day

I totally get your point OP. There are really some inconsistencies in the tier progressions that made it into the game.

However I don’t see how you could step back from adding top tier stuff each time a DLC comes out. I also prefer the AoC cultural designs. They are a bit simpler yet more iconic. I hope more from AoC gets adapted such as the atlantean architecture, armors and vanity stuff. Seems like the artwork of AoC was more inspired by pre iron age antique around the mediterranean.

Note that the exiles are not barbarians. They stem from rich cultures and will also apply their craftsmanship knowledge

How I resolve us being thrown into the wilderness with nothing and being able to build sophisticated elaborate buildings is simple:
We are Exiled but not mind-wiped and not intellectually impaired.
We still have our memories of architecture and knowledge of crafting and construction.
Initially our lack of tools limit what we can create but as we gather goods, specialist artisans etc our ability to refine our work to re-create the buildings we want to live in from our other life is enabled.

The hostile people we met and enslave have similarly been thrown into the Exiled lands naked but have not forgotten their ability to smelt, cook, make weapons, armor, candles, tables etc etc … we recruit them forcibly to our household to produce goods for us and when we provide them with the materials they need they can make high quality goods.
We have the drive to try and re-capture our past lives in our new land in the homes we make for ourselves as we are searching for a way out OR are resigned to a life of exile and determined to make it comfortable and enjoyable … whereas the hostile exiles we recruit do not have the same drive … they have settled for eking our an existence in primitive homes… perhaps they have been there years longer than us and suffered through waves of destruction that have destroyed their past glorious buildings and sapped their will to rebuild. … perhaps they were mistreated more than us before they were exiled and their will to hold onto the trappings of their past lives died when they were left for dead in the desert.

If the game was only greys and browns, I wouldn’t play.

If someone doesn’t approve, they have options.

This tends to resonate with my own viewpoint. @Asteria If you dont like seeing massive in your face castles which ooze wealth and opulance, you could try playing Singleplayer. It is the reason I do (well that and my country has expensive internet with

signal). If you play Singleplayer, life is simple, isolated and peaceful. A mere walk through the wilderness feels like an adventure. There are no ugly, towering eyesores dotted all over the beautiful landscape, no mobs of douchebag trolls running around with their junk out insulting and threatening other players, you dont have to worry about servers going down, or leigons of abandoned thralls all over the landscape. And in your case, there is no in your face displays of wealth and luxury unless you want there to be. The most decadent display of wealth in the exiled lands is what you the player choose to (or not to) put on display at your home. The rest of the exiled lands always feels isolated and very basic in living standards; which unless Ive misread is what you are seeking.

I just dont think that the answer is to make it so that the most attractive building options are rudimentary stone or wood. I rarely ever see fewer options as being the better option.

Well, hope you all enjoy the game then. Can lock this topic as Im never returning to these forums again.

Will limit myself to occasionally play the game and dont care about its progression/community anymore, everybody seems pretty happy with it and people cant voice their opinion anymore.

You still are allowed to voice your opinion, though like me, you will find that not everyone will agree with it, the best thing is to find middle ground.

Just because people disagree with you, doesn’t mean you’re not allowed to voice opinions or that your opinion is wrong. If you want a discussion, be prepared to have people disagree when they have different points of view.

I think the argument that “This is the Exiled Lands, we can’t have nice things” is not a valid one. Not in any sense of the word.

There are no special requirements to for a region-specific weapon for the people in the Exiled Lands, beyond either being from that region or learning from someone who is from that region.

They cannot escape these Lands. So they are bringing their homelands to it.

Which is how we are getting buildings reminiscent of those homelands, just like weapons and armor.

Whether it is a T3 or not is an OOC balance issue. It is cosmetic so everyone doesn’t have to rely on one super powered building material, but can have some variety. Which should be there, because variety is what keeps a game alive. If everyone had the same best building type, the game would grow stale a lot faster.

@Kwalya is exactly right in this.

This isn’t meant to be a primitive survival game, simply a survival one. Just because they are adding fancy looking stuff, doesn’t mean it has no place in the game. As long as the raw materials are there, people are going to make stuff out of it.

This is how society works. And the Exiled Lands are a rough example of this.
You have fighters to protect and guard. They earn their living with their fighting skills.
You have hunters to go gather meat. They trade this for gear and things they cannot make.
You have smiths to forge the gear. They can trade it for meat and food, or to guards for protection.
You have tanners to take hides from the hunters and provide it as clothing.

It’s a barter economy. Everyone uses their skills and knowledge, which gives the Exiled Lands society and culture.

So to be perfectly honest, everything added via DLC, can reasonably be found in the Exiled Lands without an in-depth explanation or any sort of lore tampering.