We’re releasing this new patch mainly aimed to address most of the issues introduced by the latest update. We’ve identified and addressed the main causes for crashing. We’ve also ironed out some problems with oils and fittings and also added a few balancing changes for hardened steel bars and the Annihilator. We’ll still be monitoring stability after this patch, so please let us know below if you experience any problems. 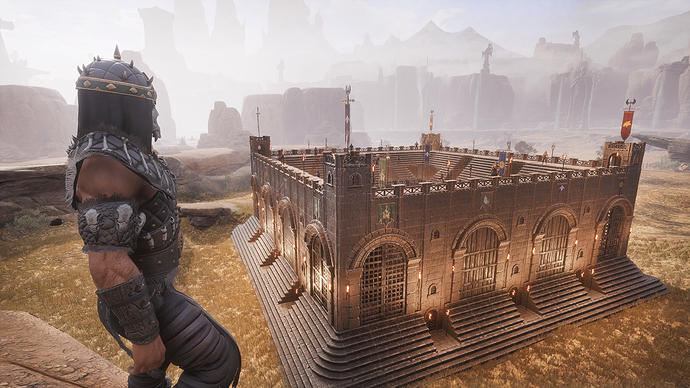 Thank you community for your continued feedback and support.

The annihilator was rebalanced, but what about the world breaker?

The annihilators and the world breaker should never have been 100% penetration. The Destroyer and carnage that drop from the Warmakers himself should have had those stats in my opinion. At least there would be a reason to use them because of the huge amount of corruption you get from them.

Dont worry about fixing it now, too many times have we had to sit and wait for you to fix major problems caused by untested updates.
Now that I have lost everything AGAIN due to these problems, I will no long even try to play this game or any game put out by Funcom in the futrure.

Would be fantastic to have a heads-up about annihilator before losing my named thrall to the arena champion because of an unknown 67% Nerf. Thanks…

Hate is understatement now. Lost all my good gear on official trying to get black ice on xb1 and hit thin air when swinging at it. Your games recipes are broke, black ice for hardened steel?! Makes nosense. Id gladly use 100 steel bars and 100 brimstone for just 1 hardened steel bar. You guys are pathetic jokes.glad you cater to the pc crowd not console players. Have fun addressing this for future players. Done with game now. My time is valuable to me more than playing this broken mess. Ask what we want dont assume.

I haved still same issue. In single player is crafting time EXTREEMLY SLOWLY, setting does hsve any effect. Xbox One version. Anyone with same problems?Next and this is very looong time problem framerate problem in launching Unreal engine 4 logo and in game.

I’m actually surprised this is a problem for you… You can harvest black ice right next to the frost temple obelisk NAKED. No special gear required. Did it last night.

In case you didn’t realize, they did everyone a favor by changing the recipe. It now is a 1 to 1 ratio (1 black ice + 1 steel) instead of 2 steel and brimstone(correct me if I’m wrong). This change further balances the use of brimstone.

and where is the problem with that? if you know how the game works blackice is sooo easy to get. especially big amounts of that. brimstone is always the resoruce i need to farm because is need it for so many things, but black ice?? thousends lying around and no use of it. just take a coldresist armor and go to the mountain at C,D 12. no strong enemies and tons of black ice, its on my farming route for star metal. if you are stronger go frostrempel

If you watch latest Conan movie they tell you the secret to steel is fire and ice. Much easier now to gather large amounts of hardened steel, not relying on brimstone as much which is great as im in third server now where players have built on the brimstone lake reducing the amounts you can gather each trip

My concern is during said crashes we lost our musashi blades and finding them again is seemingly impossible! Any suggestions other than tirelessly farming keys for chests?

Is there I reason every time I log into a server that says I have a character on it wants me to make a new one?

Since this last fix 2509 official keeps crashing. Been on this server since almost day one and never have had issues. Is there a trigger word or something to make it stop? I jumped on to check my timers when this crash happened.

FYI: I like the new recipe for hardened steel, I’m good with the annihilator fix, but since my base was built before the meteors did damage, can you turn that off? Lol

I have experienced the crafting settings not engaging in single player, and have deduced that the crafting queue needs to be empty before faster or slower speeds are to be witnessed.

Be sure no crafting is being performed on your local server before changing the crafting multiplier.

New patch is out!

Greetings Exiles! We got a new patch with another slice of free new content: The Wine Cellar dungeon. Unveil the dark secrets of the past unearthed by the greed of the Relic Hunters, who in their rally for treasure awakened a long forgotten civilization better left in the past! [86] We’ve also introduced new optimizations for inventories that should help performance and stability alike, new idle animations to increase immersion as well as the usual round of general bugfixes. We can’t wait fo…