So I am on a private server and have established a base up north near the blue dragon this morning I had a purgw trigger and it was the yeti purge I prepared for it only for nothing to spawn or show at all, I got the purge noise throughout the purge time ending with a “you defeated the purge” message on further talks with other players on my server who have bases up north they have also had the same happen where a yeti purge does not appear.

Hello @Vampira246, could you please share a few screenshots of the map with the exact position of the base that is affected by this purge issue? 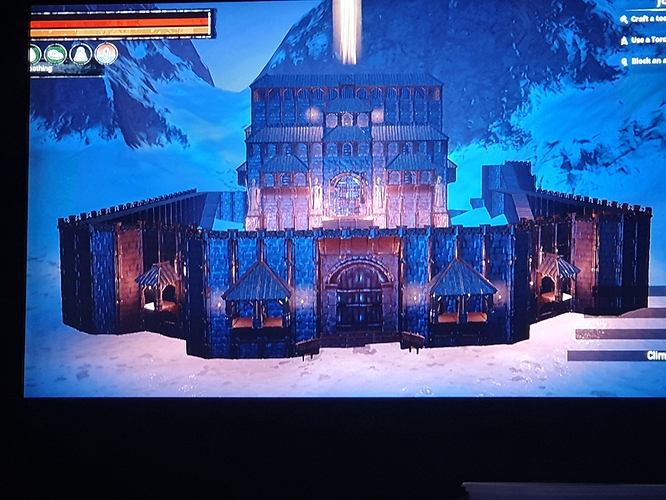 That’s the base located in grid h11 south of the volcano cave entrance and blue/white dragon. I have had quite a few purges in this location with no trouble, another player on my server has a base located in b14 also experienced the same problem all other purge work except yeti purge. My friend has reported the same in official I just dont know where their base is located

I aided a player on our server two nights ago with a Yeti Purge. After simulating it on my vanilla PvP server, I find the site doesn’t seem to matter. You’ve built in a very approachable, and very stable/flat location, same as them.

Player R had been watching his meter so he knew he was going to get it. With a clan name starting in C, it was assured to happen. 2 minutes past Purge time, I asked him to check his Event Log. It said a purge had started.

Here’s where he deviated from what I did on my private server: he logged out, then stayed off until well past what would’ve been the 10-minute warning. When he came back, it said “Purge ended.” His bar was still full. We waited another 10 minutes, during which time I visited the base of another purge-eligible player, Player S, who was offline.

Player R reported to me the banner was on his screen, Yeti purge. He got the two waves and it was defeated. Player S later reported his Event Log showed a purge had begun and ended in rapid succession.

TLDR: this purge, if bugged, will try to skip to the next eligible clan. This can place it in a state of bouncing between you two or more, such that you’re getting start and end, regularly. My advice is to watch your Event Log. If it reports the purge has started, yet there’s no banner or map marker, log out and back in quickly.

I haven’t published that Purge interaction yet(i), but I DO have a recent Locust Purge that was resolved with a relog.

Whow, it is fantastic, omg you build really beautiful, BRAVO. Sorry i am of the topic but seeing your base i am happy you don’t have a purge

. Still the game i loosing a lot of its excitement if you don’t have a purge and i wish to you to find a solution to your issue. Thank you for uploading you beautiful base

Also having a problem on private server. Made a post here that was closed with no resolution. It has happened 4 times now at 2 different locations.

No I haven’t, I will have to watch it. Our purge just started, Yetis again but like usual nothing showed up. Even went into ghost mode to check under the map, nothing. Purge kicked off, had our countdown said Yeti were attacking but nothing shows. Marker still shows on map even after logging out and back in. Event log shows purge started but nothing.