be cool add on with the physic engine to have back inventory slots so we could have cloaks and capes as add on clothing - people use to were cloaks to protect from storm effects.

Or backpack with visual for more carry space [large chest amount of slots] or self-mule.

Or backpack with visual for more carry space

That’s kinda-sorta there already: It doesn’t give more slots, but it does give more encumberance (+5).
But it should be for the thralls, the Player Character looks really dumb with the giant backpack IMO.

Yeah I know. The head pack!

Head slot is used up with it versus a back inventory slot. And it has head straps!

Oh I’m not against the backpack per se, I’m just saying it should work for thralls (and Bearer Thralls should have a function other than being broken for their backpack and discarded).

The fact that I think it looks silly is acceptable, I’m all for having to make the choice between looking dumb and the added carrying capacity. Reminds me of nothing so much as the dreaded ■■■■■ pack (IRL): looks utterly ridiculous, but can’t say it’s not practical. Added bonus: Makes you look like a tourist 100 out of 100 times, and you can have your wallet AND passport stolen at the same time!

Edit: Apparently “■■■■■” is a swear word (yeah I know it’s a nickname for female genitalia, but still), so here’s a picture: 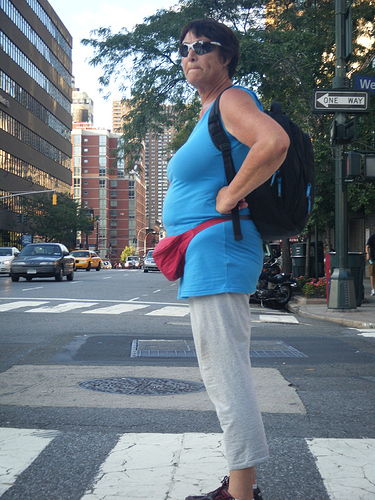 Hey Midn8t, the devs might as well add slots for necklaces and rings while they’re adding slots for shouldered items. It’s a bit cliche’ since so many adventure games do that, but it would still be fun to craft those kinds of items and find legendary items too.