It was a combo of mistakes, but also something not expected happened, which maybe shouldnt be like that. 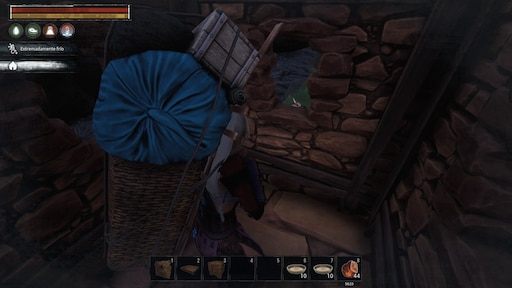 In the cold area. With only heavy armor as insulation, and inside a 1x1 cube I built to logg of “safely” (thats what I thought xD)

While exploring the north, I could survive the cold damage, thanks to regeneration perk. Life wasn’t even going down, and if I took any damage from a mob or fall, even with cold damage, regeneration was able to slowly heal me.

BUT when I logged off, looks like the unconscious body kept taking cold damage…but the regeneration stopped working. Totally understandable…right Wolverine? XDD

And well, the conclusion is obvious. I logged back in, nude, in the desert ruins (starter location) and had to take a “short” walk from there to almost volcano, just to find my 1x1 cube still closed (its pve, only purge could take it down xD) and no body.

So my conclusion is I died due to cold damage while unconscious, with the regeneration not working anymore.

I wouldn’t have imagined cold could damage me, while offline, while inside of a house (yes, a non insulated one) BUT the regeneration would stop working.

This isn’t a rant or a complain, more like a PSA / wtf thread, haha. Yeah well I almost ragequit after finding myself naked, but I survived that, hehe.

Since the last patch you now die while logged off in a cold area as your character takes cold damage and doesn’t regen health. It’s sadly happened to a lot of us now including myself which resulted in losing a lot of hard earned gear.

Best way to counter it is to build a hearth in your base and log out next to that and it should prevent your character from dying.

There was no warning about it in the patch notes and the devs have been asked on this and on twitter about it but they refuse to comment. Would be nice to know if it’s ‘working as intended’ or a bug

Ah, its since the last patch XD bad luck on me. Despite I almost faint upon relogging and finding myself nude, and spawning in the Desert like a lvl 1 noob, im not mad with this…but another thing to the list that should be fixed. Fixed because if cold works while unconscious, regen should also work, imo.

I don’t see myself doing this “mistake” again, so if they fix it, it will be more likely aimed towards other players who still haven’t experienced this, which is, in my opinion, a not very fair way to die, to say the least.

If you had no regen, and took damage while unconscius, I could understand it.

Despite I think sandstorm didnt hurt unconscious bodies (at least recently) as I’ve met many many people unconscious in the open for days and days xD.

Anyway, lesson learned, again I think a fix on this would be better for Funcom as this is a good way to piss off players big time hehe.