I recall there being some talk about the ability to travel your character between The Isle Of Siptah and The Exiled lands, I currently have a private exiled lands server for myself and some friends and would like to know if this idea/option was ever implemented. If it has, I would like to setup a siptah server and link to my existing server for travel back and forth between the 2 maps but cant find much info, any answers or help would be appreciated.

I recall there being some talk about the ability to travel your character between The Isle Of Siptah and The Exiled lands, I currently have a private exiled lands server for myself and some friends and would like to know if this idea/option was ever implemented.

It hasn’t been implemented yet as part of the base game. However, there’s a mod that does that for private servers: 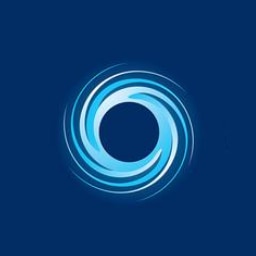 As @CodeMage mentioned, this hasn’t been implemented yet for servers. Single player can do so. In that case, the single player may freely jump back and forth between single player maps while retaining their structures and thralls on each map.

Servers will likely work different. Last word I saw on how it may work for servers was that the player departs one server, giving up all land ownership and thralls and starts new on the second server (keeps levels and inventory carried). if in a clan, so long as one clan member stays on the first server, clan structures and thralls remain intact and owned. otherwise once the last clan member leaves, structures and thralls are lost. Thus, jumping back and forth between servers is not the same as using a gate or portal to a new map. And, as you are apparently already aware, will require a second server running the second map.

This is subject to change as it is still under development.

I’ve not used the mod, so i cannot comment on it.

I will look into this, Thank you for the information and help.

Thank you IPL, if that is how the server setup will work It wont bother me at all, my intention was to use the siptah map as the start logon map, kind of like the original lore when it first dropped, mostly vanilla maybe a couple mods, level character up, then jump to modded exiled lands map with higher level cap.

It would be a nice way to link the two maps since Siptah lacks a goal to escape like the first map, i was thinking about this yesterday and i am glad there is a plan to link the two maps. Hopefully its not just a click this button to move between and has a nice quest to move from one world to the other. Maybe a schematic to create a bracelet which when summoning a high level surge enables you to pass between but in doing so you find out its a slave bracelet so cannot cross the fence but need to shatter it to return to Siptah somehow.