I’m going to reiterate how important this website is to find the roleplay server you’re looking for. Its looking to be a rough winter, so if you’re in need of something to do, check this place out and have a look at the variety of servers available to meet your tastes.

CE RP just keeps growing and adding amazing and inventive new servers to choose from. It’s a great time to be playing Conan Exiles…and an even better one to be roleplaying in it.

With the advent of Isle of Siptha and the amazing free original mod map Savage Wilds from Wild Cypher, Conan Exiles has become a much deeper and richer game than ever before and with near limitless possibilities. It’s an amazing world to roleplay in, especially now that the world itself has begun to expand outside just the original Exiled Lands map. There’s never been a better time to come see all the innovative roleplay servers and join the adventure!

Updating to request this forum thread be moved to the new servers and clans forum. Thank you.

@AndyB Many thanks. I know I’m no community rep’s favorite person right now but I still want you to know I really appreciate your responses, efforts and overall tone. I always enjoy seeing you on the livestreams and yes, I’m even a fan of your infamous sweater. LOL So anyway, just wanted to say thank you, for all you do.

Haha, I appreciate your kind words, even about my SIGNATURE ARGYLE SWEATER! And hey, thanks for what you do for the roleplay community.

Hey RP server owners there’s been a spike of interest in VOICE RP servers and there seems to be very few of them out there. So if you run a voice RP server there are players looking for you! Come on over to CE RP so they can find you! And be sure to put “Voice RP” in the title of your server ad!

Ditto for console players! There ARE RPers out there who play on console and they’re looking for RP servers as well!

Just giving this post a little love with the recent influx of players.

The CE RP Discord and enjin site are both excellent resources for those looking for a server as well as those who are hosting and looking for players.
It remains an active community with Alex at the helm…with or without her pirate gear.

No matter what I’m wearing, I’m always a pirate. Now if Funcom will just give us ships! LOL

But, pirate lover or not, CE RP is still the place to come look for the treasure of the best RP server for you!

There are MANY excellent servers to choose from and something for almost every taste! Whether you’re a player looking for RP or a server owner looking for players, this is the place to be.
Conan Exiles RP

CE RP is still going strong and is still the place to look for roleplay private servers and the place to showcase your server! This game continues to attract some of the most creative minds out there. The modding community is amazing and with the addition of the modded map Savage Wilds you have even more places to explore and conquer! Our discord (where you can also share your server ads but please read the rules first!) is active and full of great people to interact with and ask questions. Hope to see you there!

Check out the Conan Exiles RP community on Discord - hang out with 770 other members and enjoy free voice and text chat. 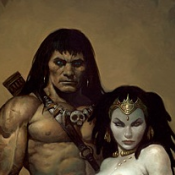 The gathering place for roleplayers in Conan Exiles

A post was split to a new topic: Barbarian Lands +18 - New adult server

I’d like to take a moment to mention our awesome Discord. We have knowledgeable folks on the game itself, amazing modders, lore gurus who really know their stuff, and even a special haven for server owners to discuss among themselves the ins and outs of maintaining a server and dealing with players. Basically, if it’s Conan Exiles related, our Discord covers it! So come on over!

Check out the Conan Exiles RP community on Discord - hang out with 953 other members and enjoy free voice and text chat.

Is this strictly for PC servers? I run a discord text based strict Conan Lore RP server on Xbox.

We rep PS and XBOX as well! Come on over, we need more console folk!

I am not a Role Player but this is a great addition to the community, I’ve seen lots of RP’ers looking for others to play with.
Best of Luck

Thank you. We’ve been going strong since pre-launch so unless they break the game utterly with 3.0 we’ll still be here bringing roleplayers together.