I feel a large disconnect from the dev team, Is the game still being worked on? patches feel far apart, the communication is lacking, the player base has no active NA pvp servers, maybe whats needed is a solid roadmap? we need a influx of players maybe pay steam to be on the front page? It would be nice to have a public Qand A on twitch? maybe weekly streams with small updates? or maybe remaster the game or make a whole new conan exiles 2? let me know if you want money id be happy to fund it

I love this game and would love others to enjoy it, but we need to address a few things
1 lack of players
2lack of content
3 clearing out all the empty servers
4 horse combat damage LOL

I don’t speak for the dev team but I can say they are actively working on getting rid of dead or undead servers. I also know they are working on a mysterious and big update 3.0. I am assuming the server transfer project (which will consolidate players to less servers and giving remaining servers a boost) and leg work on 3.0 is taking it’s time and toll on other updates…but like I said, I don’t speak for the dev team on that.

@Wak4863 just released a video regarding his thoughts and speculation regarding Update 3.0, so I would definitely say it’s still in active development.

Is the game still being worked on? patches feel far apart, the communication is lacking

It’s been literally one month. One month. Calm down, the game isn’t dead just because a month has passed.

game is dead af, not one americas pvp server

@Wak4863 just released a video regarding his thoughts and speculation regarding Update 3.0, so I would definitely say it’s still in active development.

Basically that video boils down to the server merge schedule ending on the 31st, and they probably wouldn’t make any big changes until after they’re done consolidating servers. Therefore it’s safe to speculate that the earliest we’ll see anything is early to mid April. Which does make sense.

Sure it would be nice to have a little more of an idea of what’s in the pipeline, but it’s totally understandable why they might prefer to wait until the server merges are done before even really announcing anything.

Especially with the issues they’ve been having with the server merges. They’ve had to push back their merge deadlines a couple of times due to unforeseen issues, so I don’t think they’ll announce anything until the merges are 100% over and done with.

Game’s definitely not dead. Spotted some new bases on our dedicated server and even have an animal pen thief running amok lately.

I’m always glad to see new faces, even if they are stealing from me.

they are also working on getting rid of anybody and everybody on populated servers. dev wiping anybody that has more than one door entrance on their base. complete disconnect game. by the time these idi*** come out with another patch, there will be nobody to download it.

Not from my PoV. I stay active on 3 servers and 2 of them are easily 10-20 people a night during raid time. The last one is one that held something close to my heart my first real experience with CE and so I stayed there even though it’s empty and now slated for deletion. I did scout the server that it’s getting merged with and it’s all the abuses that gets clans banned.

As far as door stacking…I’m with you. I don’t see use of geometry as an exploit. However the use of geometry to stack 100+ doors? yeah if the players refuse to regulate themselves for the good of the gameplay, the company has to do it for them. Don’t like it? Tell the abusers to grow up and think beyond their own selfish play. If everyone was a bit more reasonable, (5-10), then it wouldn’t have been taken away. Dev wiping is something that had to happen because there are folks that built up so much in a selfish manner and don’t even play…they pop in 3-7 days to refresh timers and pop out. Yeah those need to go. Yeah land claim is dumb, lazy, and vulgar and needs to go. I am one of the many people that cried out for FC to do something because it was driving new blood away from the game and only leaving toxic players. While I understand it hasn’t been evenly enforced, it’s a dang sight better than no regulation at all.

dev wiping anybody that has more than one door entrance on their base. complete disconnect game. by the time these idi*** come out with another patch, there will be nobody to download it.

Maybe don’t build your base out of only doors lmao they really aren’t banning that many people. It’s just the ones they do won’t stop screaming about it for months after

bro, a door is 25k health. Thats 4 bombs. thats nothing for a big clan. they will blow through 50 doors like nothing. I get the spider web landclaim, thats not fari. But if I want to put 100 doors to protect my base then so be it. If thats a problem and against the TOS, then they should put it in there just like they talk about stacking. Having a “big” base is against TOS. Well define whats a big base, define how many pieces you can have just like with followers. Give us a metric to go off of so its not subjective. Dev wiping Had to happen? yea if they were stacking and breaking TOS but not just cuz theyre built up and strong. Go grind and blow into those 100 doors. But the community has turned into a bunch of wuss, just taking the easy route and reporting instead of fighting. Litterally nobody wants to fight. You start blowing in their base and they just take theire good stuff and transfer server. And then come back later to find something to report.

You start blowing in their base and they just take theire good stuff and transfer server.

I feel like @asmajic11 was one of the 14 people raiding my clan of 3 on Xbox. They spent a while attacking our noob members up north, which bought me enough time to gather up as much as I could carry, despawn the rest, and then troll them while they attacked my pillar base. By the time they became a threat to me, I’d already taken a Midnight Potion and was halfway across the highlands before they got into my main area. They were incredibly smug about the raid too, despite not getting anything out of it. I had 2 vaults on top. One filled with glass flasks and the other was completely empty. By the time they were done, I’d already body vaulted in preparation for transfer to get away from the toxic alphas running that server.

Oh, and the crime that got us wiped? We damaged the vault (not destroyed, damaged) that stuck around after the clan that owned it had gotten banned.

Edit: We’re on a better server now. The alphas on this server are really cool guys, and we’re enjoying the game again after that BS

Why even use doors? Pick up and place makes them obsolete if you use walls for honeycombing. And it leaves the raider guessing where the actual entrance is.

That’s a thing. But also stupid because good luck picking building pieces up when they are damaged from the big AoE that bombs do.

Always a pain to repair bases.

I feel a large disconnect from the dev team, Is the game still being worked on?

Likely only your feeling. They’re about the same or maybe even coming faster than in other times in the past.

the communication is lacking,

That was true for a couple of months there, looks like that’re addressing that. Search for and follow

the player base has no active NA pvp servers 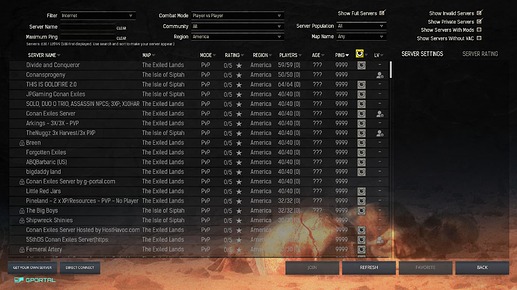 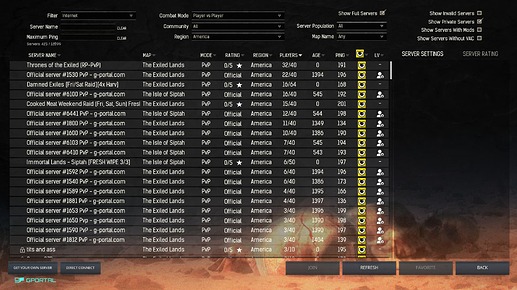 A roadmap for a game? That’s a somewhat novel concept - although a few companies do that.

It would be nice to have a public Qand A on twitch?

Yeah, I haven’t noticed them do one of these in a few months - although maybe I just missed the latest one or something?

let me know if you want money

Hey, if you got extra, feel free to send some my way!

clearing out all the empty servers

See ya in the funny papers…