long time ago FC said that players will have ability to equip 2 one handed weapons. Time pass, game come to release but still we cant do that. Why? I know, you can equip throw axe + 1h, but i talking about 1h weapon + another 1h weapon. When it will be added to game?

2x axe, maces, swords. Yes, in game you have dual axes from nameless city but it just the reskin of daggers, so basically its not dual weapons.
one animation set for all types would be enough. but weapon in each hand must apply its status effects like bleeds or armor crush.

They have the daggers’ animation, but I think it’s cool to have some out-of-class weapons. Don’t forget to add the Lying bastard (it looks like you are swinging a two handed sword like an axe).
Plus if you are playing on PC there is a mod called javelins improved if I’m not mistaken, there are offhand javelins so those plus the throwing axes add a lot of the combat I like using them.

to crush the school of my enemies

Great! Don’t even let them to learn how to fight!

As you said - they have dagger animations. They are daggers with different skin. its not the same.
many games has dual wielding and there are no problems with it.

long time ago FC said that players will have ability to equip 2 one handed weapons.

Hmm, no they didn’t.

When it will be added to game?

There is no ETA, it hasn’t even been discussed as to why they haven’t done it for some time.

many games has dual wielding and there are no problems with it.

Correct. However, Conan Exiles was not made with this feature in mind. I’ve spent a lot of time with the combat system on the back end. They would need to make significant, from the ground up changes to make a duel wield system. The value for adding the system is no where equal to the work involved in making it happen. Not saying they couldn’t do it someday, but you’re asking for a lot. Like, a LOT.

So, unlikely to be anytime soon, if ever. Sorry.

Not really a fan of dual wielding. But an off hand proper single dagger or something along the lines of a sword breaker would be a cool addition IMO. Could deal damage with a properly timed block or lower a persons weapon durability for a timed block on a sword breaker.

Thanks for the explanation. I’d absolutely LOVE the idea of dual-wielding. But I think it’s more of a case of “want” not “need”. I think funcoms teams have more pressing things to work on (considering the new updates I just read - very nice!).

Same, and I’d love for the off-hand weapon to account for damage too (though holy headache for yet more balancing to consider). It wouldn’t shock me if they came up with a clever way to do it, but as it currently looks to me, tons and tons and tons of work.

A simple offhand knife. Adds bleed effect to every type of one handed weapon, because because of the throwing axe in offhand you can’t apply bleed on a target with an axe heavy.

That’s not a bad idea either. I know it would be an absolute pain to do and probably not worth the time vs. payoff. But think it would as a neat dynamic to fighting if someone swings and you block and the get a stack of bleeding and staggered they would have to choose to eat the damage and try to get a hit in or dodge out of the way.

I would like to have this as well. I would love to fight with one sword and one dagger. Whirlwind blades dont cut it because I dont like their look, and with normal dual wield i can use fashionst mod to make them look however i like. Prolly some balance would be needed so they arent too powerfull, maybe a debuff to dmg and/or lack of effect from the left hand weapon?

OVE the idea of dual-wielding. But I think it’s more of a case of “want” not “need”. I think funcoms teams h

The best thing you can expect now are legendary weapons with the daggers combo set.

Maybe even quadruple wield! They can let you split your arms in half like the cyborg General Grievous. His arms could split in half, enabling him to hold four lightsabers. 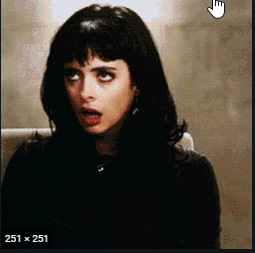 What about boots with blades on it? Every time you kick, you deal more bleed. And implementing left foot kick, wohoo kick-combos, while dancing you can kill enemies!

Nah, jokes aside (didn’t meant to be mean): I too don’t particularly love dual-wielding (but I wouldn’t be against it if they would implement the ones OP said), but I like the offhand-main hand combos. If I’m correct, shields will -or they do?- deal their listed dagame which is good (finally), and adding a knife to compensate the fact that other current offhand weapons take most of the ability of the main weapon to apply it’s debuffs away would be nice.

@rolee9309
We HAVE duel wielding with swords and knifes. It is enough IMO. I actually enjoy using the whirlwind blades.
I just get weary of people trying to turn this game into their own personal version of WOW and SWTOR.

And YES, its a case of “I want” not a need for balance. If implemented, it would just go thru the OP meta, nerf cycle.

There is actually a way to dual wield with an off hand knife, my apologies if already mentioned, but I didn’t see it.

The usual way to dual wield in the game (not counting daggers) is to use a one handed ax in the main hand and a throwing axe in the off hand, which is great btw. However, the Akbitanan throwing knifes, which are a drop can be equipped in the off hand and used for the dual wielding process in place of the throwing ax. So, there you go. Dual wielding with a dagger and ax.

Btw, dual wielding maces seems pretty cheesy to me. I can see swords, but would have to be short, cutlass or something similar, you wouldn’t be able to dual wield long swords.

Personal wow? Every game with melee combat nowadsys features dual wield. Not being able to equip both hands were back in early 2000. Even in Diablo2 you can use 2 weapons as barb.

And in age of conan you can di that too, you know

Dual wielding swords?
Only swords I know are the Whirlwind blades whick we both mentioned, but they use the daggers animation set (I have no problems with it, but are there other gear you can truly dual-wield? ie. you need 2 of them?)

…and they do a buttload of damage too. At least that is until someone complains about them and demands they be nerfed, lol.