There shouldn’t be any item that is “best in slot” that is exclusive to the point of bestowed as a gift from Funcom to individuals. Competition or not it’s absurd.

For simple reasons alone, like avoiding accusations of favouritism. But a BiS item to be only a gift from a dev or rep of funcom is just not something that should be happening really. So i agree, have it put in to the pool of other agents or as a login reward for an event, perhaps Anniversary.

According to the latest BiS items list, it’s one of the BiS tanking Agents.
Is this wrong?

So its a BiS Tanking Agent.
Thank you.

Funcom should stick to handing out cosmetics and fluff as community rewards and not BiS items.
Items such as this, should be through achievements and events and absolutely available to obtain for all.

That is totally irrelevant. You can stack Jeronimo and Boone. Also, Boone is the best agent in some purple agent missions (at least one).

I’d also consider “The duo” agent and would very much like to have another mean of obtaining them. This agent can have some real uses with some tanking builds.

You have a good point. Forgot about that one since I already have it. I think it would be an excellent idea to have a general way to gain all agents (agent bags, or any other way is fine), instead of hiding a couple behind FC discretion.

Case in point; only my main have The Duo, while my alts are out of luck in that regard. Would very much like a way for them to get the agent as well.

Happened again so it’s on my mind again…

Occult Defense’s commanders being entirely invisible is not good difficulty. I just had a run with a Vampire commander and the only time I could see where it was, was if I was looking in its direction at the exact moment it spawned adds. The rest of the time it’s a pure black figure standing in front of a pure black background, not doing anything, with no minimap icon.

It managed to wipe my run because of lucky coincidence with another boss spawning that was the slow bulky vampire with the pull effect; I couldn’t kite them towards each other and I couldn’t even find the commander before I got pulled back to the bulk vampire because the pull is very disorienting. So the wolves just piled up and I didn’t even hit the commander once before the henge exploded.

The way I see it the simplest fix is give the commanders some kind of glow, like how the bombardment succubi have glowing fire hands. But the proper fixes are (1) let us play Stonehenge in daylight, like other scenarios (2) change pulls so they don’t rotate your character (3) have the commanders summon fewer mobs more frequently so it’s easier to backtrack their trail (4) once the player’s pointed the reticle at the commander, end the minimap icon masking

@Onevia You can use MobMarkers mod. You’ll never go back. Also helps me see through blue flicker. 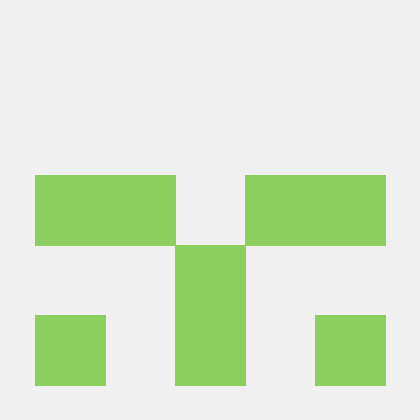 SWL add-on that marks enemies in area. Contribute to Xeio/MobMarkers development by creating an account on GitHub.

Just as visual reference this is what he looks like, added a white border to simulate my screen not being in a pitch black room, since it isn’t. And this is when I’m within about 10-15m of him. I believe I have nametags set to pop as aggressively as possible, default settings wouldn’t give you that when your reticle isn’t on him.

[Misc] I’d like to see a baguette skin for hammers.

I would like to share my thoughts with you guys. I love this game. It’s challenging, has an intriguing storyline, and the modern day setting is so cool!. My only complaint is with the Tokyo parking garage quest. I tried and tried and couldn’t complete it. The problem is the little ghost girls. It’s just too difficult to get around them, especially on the last level where there are two of them. I ended up just leaving the quest undone after trying about ten times. If you guys are going to leave this quest as is could you please please not make it required for story progression when you add new content? And please do add new content! There’s so much that can be done with this story. I would love to see the factions go to Iceland and delve into Norse mythology, and Greece ofcourse! Please keep up this awesome game! We’ll keep playing! By the way, I know a lot about mythology and write in my spare time. You guys should let me write for SWL. I wouldn’t even charge you. That’s how much I love this game.