a certain post about customer service that is now hidden.

This one ? Update to Customer Service Policies

They announced SA too early? I don’t remember this. Could you refresh my memory? 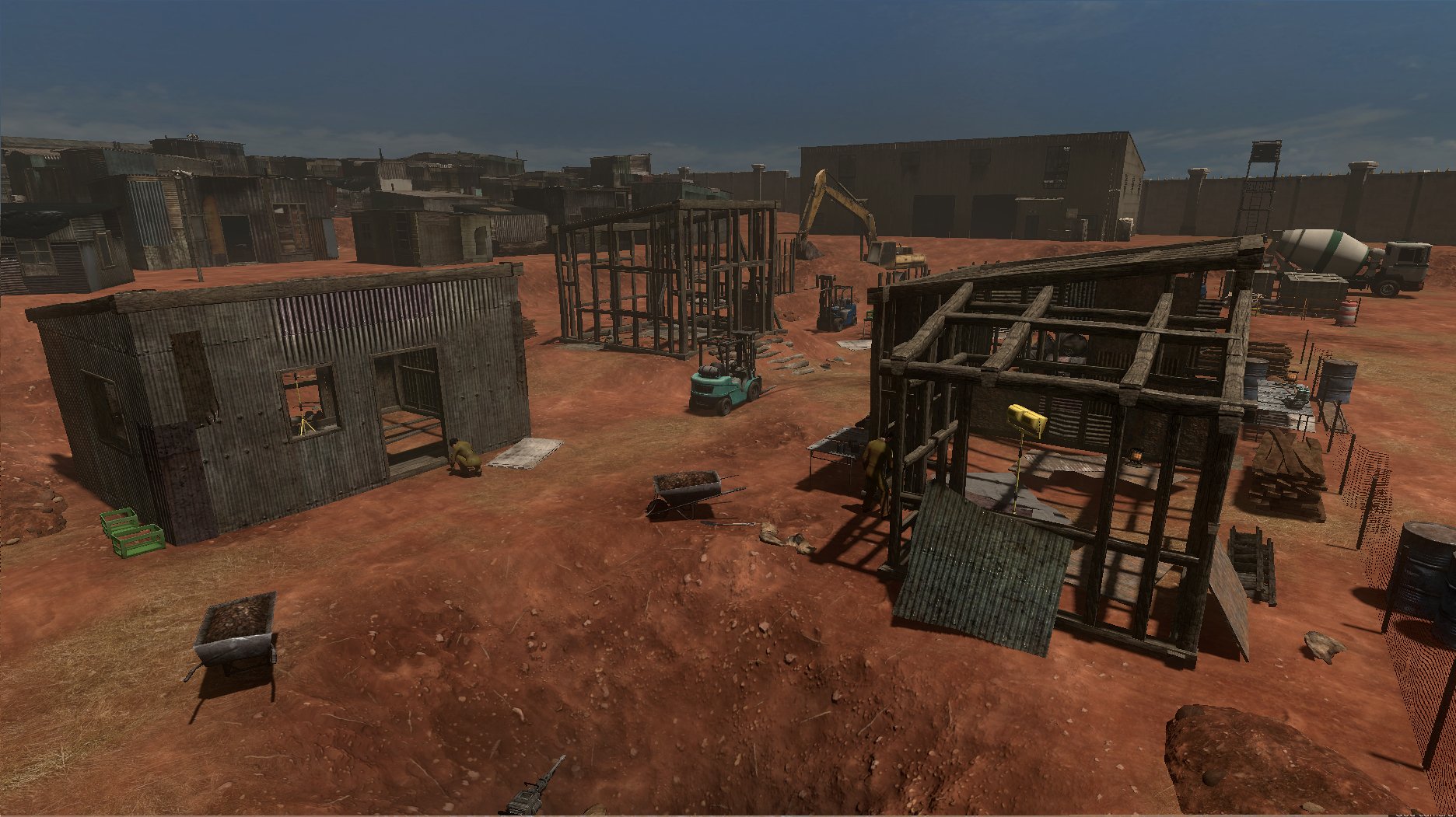 Oh, I remember that. I thought it was a cool tease myself.

From what I heard some slammed that hard. Which kinda is sad as it felt like a testing ground for the future and probably is the major reason they keep things more under wraps these days.

There was a community stream recently. I’m sure that Andy was asked about the future of SWL. While I’m sure he did not give any specifics, did he mention that there was any new content forthcoming?

sad to read this. there’s absolutely no plans whatsoever for the game other than cyclic events and lockboxes…it’s a sad day, but i can’t say i’m susprised.

Well, there have been agent boosters. Of course, a half-blind graphics artist with a decent grasp of layers could cobble together ‘new’ portraits for that in their spare time - nowhere near as involved a design task as creating a new outfit or sprint for an actual lock box.

Which is fairly strong evidence the game is indeed dead, unfortunately.

Excuse me for interrupting but Freemason agents have completely new portraits, not mix of parts from older ones.

True. Still, nowhere near as involved as 3D modeling clothes/pets/sprints.

Also, somewhat a waste of time tbh. Portraits are not actually an area where agent boosters need a better value proposition to make them more enticing for players as opposed to collectors.

I’m inclined to agree. While I enjoy the little tidbits of lore within the agent missions, it feels disconnected from the game itself. It’s a chore I go through before I start my dailies. And the main reason I do is the extremely rare chance of getting a vanity bag. If those didn’t exist, I’m not sure if I’d bother.

For me it remind me more of an idle game. Not the best not the worst.
Facebook games I saw more into the direction of clash of clans far more pvp building focused.
But experiences vary from person to person.

Whatever you want to call it. The Agent Network feels more like a game within a game than part of the actual experience.

The reason there is no info on updates is because “they haven’t got any info to give us”
something we are all too familiar with - as its been said often enough about many things whenever we’ve asked over the years, and lessons like that are not hard to figure out.
That is nothing to do with player reactions to a picture. @ Leogrim
It’s to do with higher ups telling the current “face of SWL” what they can and can’t say.
As it has always been the case.

The Agent system isn’t even a game within a game - That implies doing it for amusement or having fun It’s just - there, it has some use but It holds very little interest or appeal to me (much like the museum) and i have not read a single one of the entries or mission turn in’s. Stories, lore, Agents, Titles, Museum - is not what i log in to play for.

I still say that is where your new content for Congo is coming from.
I really don’t think it’s an actual zone to go to at all.

Nirvelle
"Everything we release will enhance and add to the story, not just story missions – this is a core tenant of Secret World Legends, and one we have no intention to ever stray from.
We do want to continue the main storyline. Making a new zone for the storyline is an enormous task, and one that would stall releases for an excessive amount of time. We want to commit to a faster and more frequent release schedule: One that tells aspects of the story through mission packs, events, expands on existing features like scenarios and dungeons, and adds new features."

I’m afraid it’s still looking like it’s the agents who are going to the Congo.
Not us.
Perhaps the team didn’t like the reaction to the South Africa update, so they decided we would never get another zone again - since that’s how logic works for some.

They have minimal team.
They can not be working on anything at all.
They don’t even have enough staff to deal with petitions, bugs etc

Any “content” - whatever that is or may be or assumed to be working on - 4 pips talisman imbuers, scaled content or scaled zones, caches, spare horns for the unicorn when the blue-tac dries up and it falls off - whatever it is (if anything) - I’m sure they probably already have.

Still, there is always the community to make their own content out of what we have.
This was hinted at last year we had “Community spotlight” - a player created or ran event was often posted on the splash screen upon login. I don’t recall seeing any others this year (maybe i missed them all)

But last year i saw @Drenneth had one for Shambala PVP event?
I think also @Katelin of Nine Swords had one for “Cabal Pride”?
I had one with “The GRACE Awards” and I’m Sure Beyond The Veil also had one for “The GateKeeper Awards” 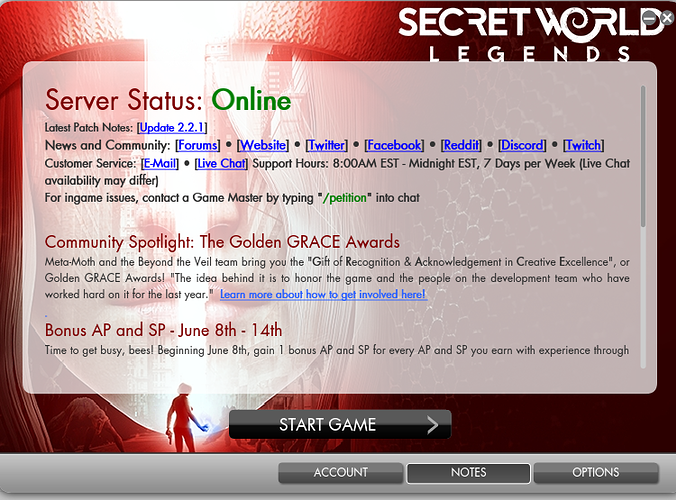 I personally viewed this as a sign that they were unable to meet the expectation of monthly or even regular updates, that they saw this as an opportunity to use the community via a “Community spotlight” Which would ease the burden of having nothing to offer - i also thought this was a great idea, since it promoted the game, the event and made you feel like there was an active and engaging community - which is a good thing.

It’s a bad thing if there is nothing to highlight from our community.
I don’t expect much more from Funcom.

I know those in the player base who are creative, thoughtful, helpful, loyal etc (Some who have stuck with this for longer than anyone would have dreamered - and it’s been a long road, hence no road map - end of the road, nothing to do with any person(s) being critical) - will always still do their best by SWL and continue to create the amazing mods, guides, books, etc - AND EVENTS - even if only a handful of people show up, just like your best geeky table top board games night in, they rock up regardless.

Without the relics of “The knowledgeable ones” - there is no community - there will be no more SWL.
The backbone will have been lost,
The institutionalised will have found new homes…

Across all 8 of my toons - i am not done yet anyway.
I still have plenty to do and i don’t do stuff that bores me so my longevity in this game remains unchanged whether there is any updates or not to any part of it.

If there is nobody answers through the broken chat system “Is the game is dead”? - is it really dead?

I do have to say i agree @Ceruleana with the feelings of being led on - with many things, (TBH nothing is of any surprise anymore) given that TSW prided itself on it’s story and was marketed and re-branded as Secret World Legends - a story-driven, shared-world action RPG that plunges players into a shadowy war against the supernatural. - then proceeded to not really update the story much, have less action than its much older, wiser and better looking sister TSW and have RP diminished in dimensions due to instance caps - seems a rather misleading flag to have draped over it upon it’s release -
Oh, it just fell off and the words underneath read:
“Make more revenue from lots of smaller sources”

(Disclaimer: All statements above are entirely my own opinion, i care not for neither any agreeing or disagreeing - since opinions are entirely subjective)

Sorry for off-topic but since you mentioned it I can’t pass by. As person who actually played a few social games on Facebook and another places, few mobile games on tablet I may say you - Agents Network is nothing like them. It’s not addictive, it has no 30sec tasks that will make you hang in game for hours doing the same things just because you have energy, it’s not social either which is big part of making people stay in there - because you help each other. It took me few years to drag myself out of these circles of hell. What Network does is adding some bits to story and giving newbies 100xp distillates. Also certain level of fanservice with some agents being characters we know. No one ever said you must participate, you must do missions. Imagine it’s like fishing in other games or, idk, plants gathering - just ignore it if you don’t like it.

Getting players to keep spending money was one of the core goals of the relaunch. The game’s producer even said as much on stream. It was hardly a secret. Selling us chunks of story every couple of months wasn’t profitable anymore.

So content was made free, and thus even less profitable. And somewhere along the line someone lost the memo that if players are expected to keep spending money you have to give us something to spend money on.