My thrall fell and died 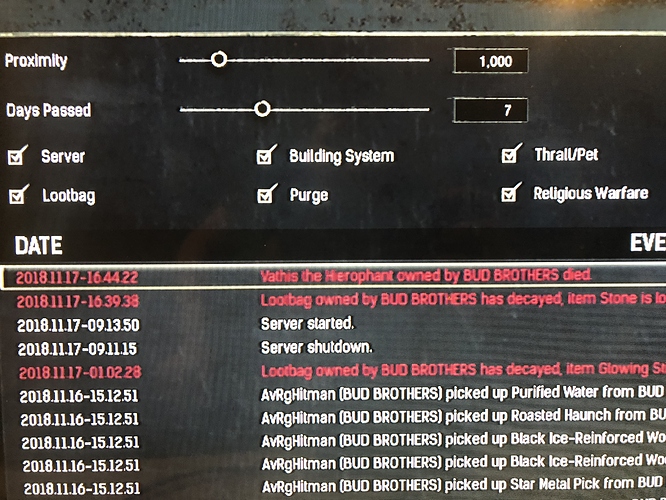 ***Went on a brimstone run at the shattered springs. I’m used to little issues like the thrall teleporting to me and losing his agro on the rock noses. But I started to notice him half way through the mesh in some occasions. I figured he wasn’t falling all the way so no need to worry. Until I was 98% done with my brimstone run and “Vathis the Hierophant is no longer following you” popped up, I turned around and noticed him dead on the floor. I know for a fact a few rock noses didn’t kill him since he’s tanked 3 bosses back to back without dying for me.

This issue has been fixed internally which means you will see the bug fix in a later patch. You can see the status of this bug, among others, via the official Trello board here.

I’m aware of it being “fixed” internally, but I know plenty of times people don’t give enough info on the bug. So just in case, I’m giving my own personal issues with the bug.

Thanks for the Trello link.

I’m aware of it being “fixed” internally, but I know plenty of times people don’t give enough info on the bug. So just in case, I’m giving my own personal issues with the bug.

You are indeed correct, there is often more then one cause of a bug too, so more input is a good idea.

Thanks for the Trello link.

They have said the thralls falling though the floor has been fixed but it still is not when you kill a thrall you still need to run away and come back to see where the hell they are to loot. Also if you remove a ceiling tile that a pet is on it falls away to nowhere and you cannot find him or see in the event log that he has died. Maybe after server reset he’ll be back…

Thralls falling through the floor is listed as a bug on the Trello board right now. According to the description, it sounds like its an issue that can be caused by several factors. Probably why their past attempts was only successful under certain conditions.

I currently have two pet alligators that disappeared but are still there according to the feed pot. My only guess is they fell through the ground and are somewhere below.

Have you tried logging in and out or leaving the area and coming back? I’ve been told that sometimes this can help make the game re-render the area and pop Thralls and Pets back into their proper positions.