Arena - love the arches, the banners, some cool weapons as well as sleek armour…

BUT…
a: Animal Skins? (Excellent opportunity for those arena animals)
b: WarPaints? (Could have totally used icons from the banners!)
c: Furniture? (Suppose not much for an arena)

Point: Each DLC typically has 2 of the above, and this - feels thin with content compared to others.
Maybe more weapons - could be… its all good, but as a PVE - single player person… the Role-playing aspect… A & B would have REALLY gone a long way!

Dont think there will be an update/patch to this, as it would have already been released, but… who knows.

While I think having a bunch of new placeables, I think the new building pieces look awesome. Like the banners as well. Will have to get a closer look at the weapons before I judge them.

Agree that there can never be enough new placeables, but I believe that the new type of building pieces will give building enthusiasts a lot of room for creativity. Let’s see, I think I have to actually use the stuff first before I’m able to judge how much I like it. Maybe a couple of chains and other arena related deco would have been good for the finishing touches.

Suppose I was mainly comparing it to type of content released in older packs…
… very cool, but ‘missing’ some of the typical aspects.

I do wonder, 4 DLCs for the year, and the second one released in Sep. 3 (is there enough time for two more?)

can someone put a picture of the blood and sand DLC, please 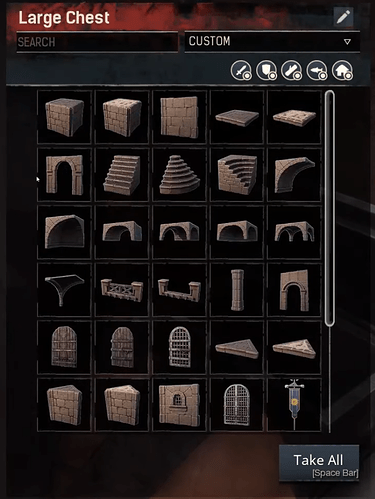 I really like the two types of foundations and ceiling tiles. It really opens up the design options.

Oh my, Christmas came early. I have some money, can i have plix?

Armor Types (from Age of Conan): 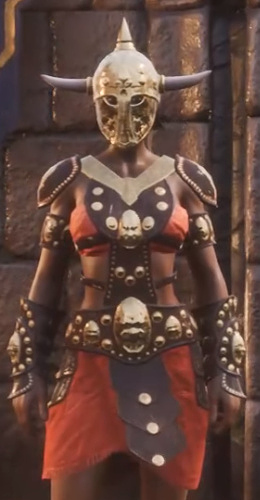 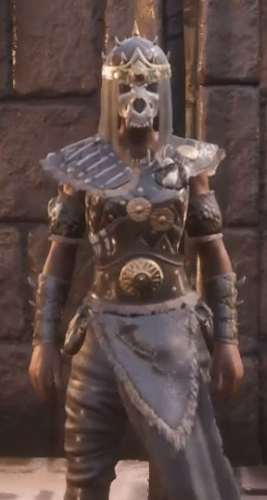 I do wonder, 4 DLCs for the year, and the second one released in Sep. 3 (is there enough time for two more?)

I took the “year” of the season passes to indicate the given year since the game’s official release. i.e. Year 1 being May 2018 thru April 2019, Year 2 being May 2019 thru April 2020, etc. Did Funcom specifically state otherwise?

Yes, i asked and somewhere Ignasis confirmed the following
Year is calendar, so all the season 2 DLC will be out by Dec 31st 2019, unless unforeseen issues arise.

The DLC are not actually as hard, as most is cosmetic. The Blood and Sand was different, as they were trying to align an update with it that accentuated the DLC main idea. In this case Arena type warriors, and new weapons for 1 v 1 battles.

Hey @Msausm001 , We’ll clarify once again and for the last time: the content is planned to come in 2019. As in the calendar year of 2019. The remaining 3 DLC packs are planned to be released.

Wow that’s pretty surprising, but also exciting — didn’t expect to see so much new content this calendar year. Thanks for the quote verifying it!

As for this DLC, the new building piece options (vaults) and two types of ceilings/foundations are really exciting. It’s also a welcome relief to have walls that appear to be the same on both sides.

Sorry I haven’t had a chance to watch the video yet, still at work, will the previously released DLCs be updated to include the new building pieces?

I asked, and they didn’t say… from what I understand - no.
(i.e. if you mean Khitan versions of these pieces, etc.)

That’s exactly what I meant. Khitan, etc versions would be cool.

Anyone get a rundown of how many of each new thing we are getting? ie, how many building pieces, how many new weapons, etc.

Off hand, I believe Jens mentioned 19 weapons?
As for the building pieces - not sure, but they are not (from what I know) going to have Khitan, etc. versions of them.