New Game Modes for Players who only want to Fight

I boot up Conan Exiles and I’m stuck on main menu cause I know I probably won’t find pvp of any kind within a couple minutes. Would be nice to have game modes where players can join battles “death match” style. Heals and points are rewarded for defeating other players.

Funcom had blitzkrieg servers, but they were unpopular.

Early Access with little advertising so how many actually were involved …never in full release to test the real market for it.

Well the “Dogs of the Desert” is short of a pvp community with 806 members in its discord as of this hour. The community is not big, but it could be. I find new players eager to get better at fighting once an awhile on the training server.

The basic concepts are easy to learn, and players just build upon it in their own ways (hyper-armor, animation canceling, roll attacks, timing)

Early Access with little advertising so how many actually were involved …never in full release to test the real market for it.

I disagree I was there in early access, I saw the server populations, Blitz servers were just as popular as the regular PVP-PVE servers, they slowly died down as people became tired of starting over every thirty days. And there was forum feedback stating the re-set time as the reason for the decline.

If the re-set time had been longer such as ninety days or even six months they might have had more longevity.

Again, early access was not the full release. Same as Siptah. It was changed to become EL clone now, but consoles or others who don’t want to pay for testing it had no say.

And with the logic of dead server numbers, I guess they should shut down whole game, since official servers are dead. Those styles aren’t working. 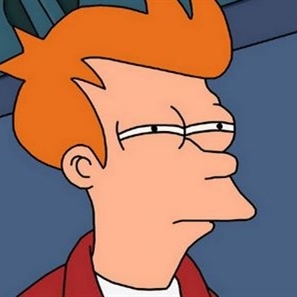 You laugh, but there are people on this forum that say exactly this.

Would be nice to have this kind of game mode, but i believe this is not what this game aims for.

A work around would be to have a community interested and organized outside of the game, select a PvE-C Server, be it official or better yet a private one with this sole intention, Build different arenas with different focuses (duels, skirmish, jousting, etc.)
Establish some rules (i.e. no healing, no pets, no bombs, no buffs, etc.) record and count every combat to have a score for each player.

If the community is serious about this they can create different maps and mods only for this game mode, perhaps in the future we could see and play a 6v6 in a de_dust2 clone map :^)

I was thinking about a Conan Battle Royale mode for a while now.

Not sure about leveling. Maybe pre-assign attributes before jumping into a match.

The sandstorm will make the map smaller and smaller by time to force players to meet at a specific spot.

A Conan Exiles battle royale could be super interesting, lol.

Using the sandstorm like that would be a killer idea, too.

While I think an Exiles Battle Royale Could be fun, I don’t think FC should spend time on it. Just have someone make a mod.

Or they could have us play in the sandstorm with the green wall making the border. U fight monsters, players and contend for chests with legendaries to ensure your survival.

Could be something different.

Yupp so many possiblities.

But Funcom made Siptah

I mean they tried, but it could be better.

So a suggestion of fortconanexilesnite is what you wish

. It could be something like minigames of minecraft too

. Though I believe that your idea is more interesting than playing in the skies and fall to the void. Maybe for the pvp lovers this would work, I just see only one danger here. Imagine if we had a battle Royale in conan, how many 5 year old players would be your opponents? Omg no, I like it just the way it is

Imagine if we had a battle Royale in conan, how many 5 year old players would be your opponents?

Would be easy opponents

But still, the game is 18+. I doubt there will be many. Since they are all on Fortnite anyways.

But yes, playerbase might be an issue for a battle royale Conan game/mode.