Mussagana repsonded in the suggestion thread (3 things you would like to change in AOC?) to my idea to make NPC-only items available for players (for vanity) and said that someone should make a thread so we could post examples of items we would like to see for players.

Anyone can post screenshots of items here, Mussagana stated following rules for suggestions:

I will start to post a few screenshots of items / outfits I personally would like to be available for players, I will also give details which NPCs wear these so they can be checked ingame to examine them more in detail if needed.

Important: If you agree with a post that is showing an item / outfit please use the LIKE function so Mussagana can see what items are liked by many people!

First example of a set that I would like to use for my characters: 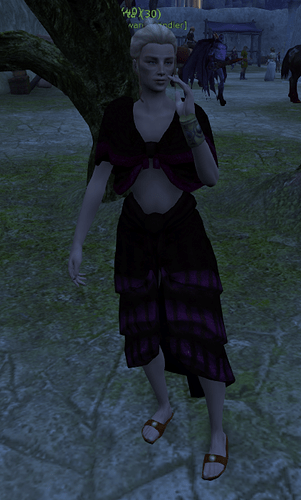 Additional information:
The complete set is worn by Madame Zila in Old Tarantia near the tradepost or the NPC in the guild city tradepost (upper level at a certain renown level) that sells female characters the more “exotic” vanity sets.
Several other NPCs wear items of this set too, some only the top and some only the skirt.

Additional information:
This dress is worn by Adanna in one of the villas in the noble district. Some other NPCs wear this dress in the common districts.
It’s basically a recolor of the already existing dress for players (colored in blue) that is sold by the NPC in the guild city trade post (the same NPC that I mentioned in my post above). I really like the dark blue color of the dress in the screenshot and would like to have the option to buy it in this color too.

Next up is this coat: 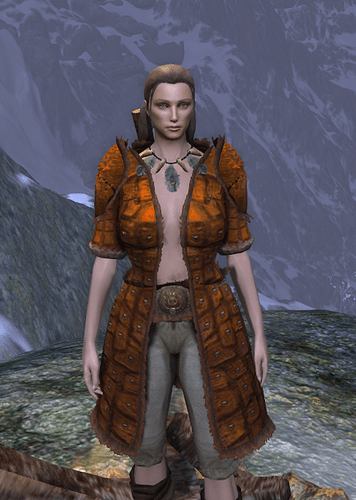 Additional information:
It’s very rare to be honest, I only know 2 NPCs that wear this coat, Zelata and this one in the Eiglophian Mountains.

Last one for today: 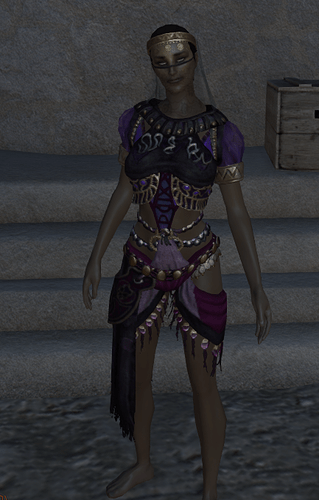 Additional information:
Worn by many concubine NPCs in Ardashir, also worn by Sancha in Tortage (she also wears the additional wrist items that belong to the set). Just like the dark blue dress in post 3 it is a secondary (well, or kind of similar) version of an already existing item for players, the guild city NPC will sell female characters the blue-green version of this set.

Another thing I always wanted to have, this light orange sash: 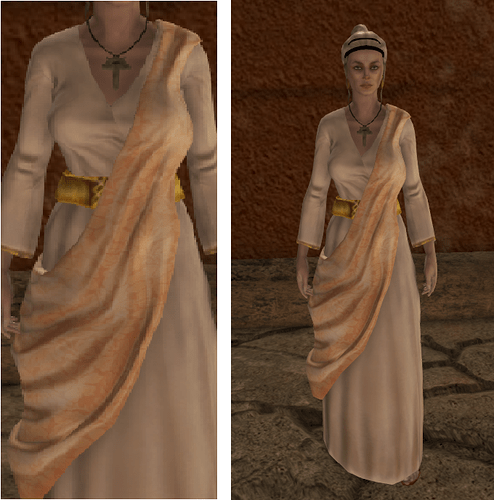 Additional Information:
This sash is worn by many random NPCs in Aquilonia (screenshot is Lady Albiona in the Armsman’s Tavern), there already is a transparent version from the guild city vendor but the this one in the screenshot looks especially well when combined with white robes since it gives the look of an ancient roman toga.

A lot of the NPCS in game have dresses like this with that lovely orange wraparound thing. That’d be nice

I agree. Mainly for Cloth. It will not be hard to be implemented

There’s also this. Which I understand is basically a recolor of the 80 sin tunic from Atzels Fort

And this, which is a recolor of the light blue dress you can get via a guild city with an adequate renown rank.

And this, which, I personally like, due to it’s simplicity.

And this dress. I know there’s a darker version of it, too.

Yes! Mithrelle’s bracers!! Bring them back!! 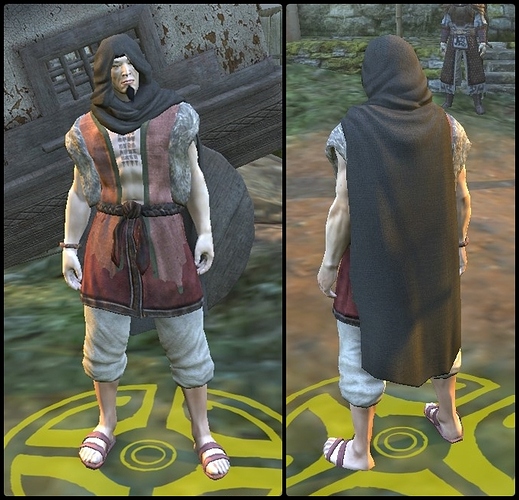 This is the vanity item I would like to find somewhere. Some kind of scarfed hooded cloaked many wagonners are wearing, this is the one from KK, but Chosen one or even Cornash village one are wearing the same one.

@Baritha: could you please post your pictures directly on forums, dunno if that’s because they are on outside website, but they don’t load directly inline and I have to click them into an outside window, kind of annoying to compare to see all proposals just by scrolling down. Tyvm.

I’ll consider it in the future. You are however, free to find the same npcs and screenshot them yourself. 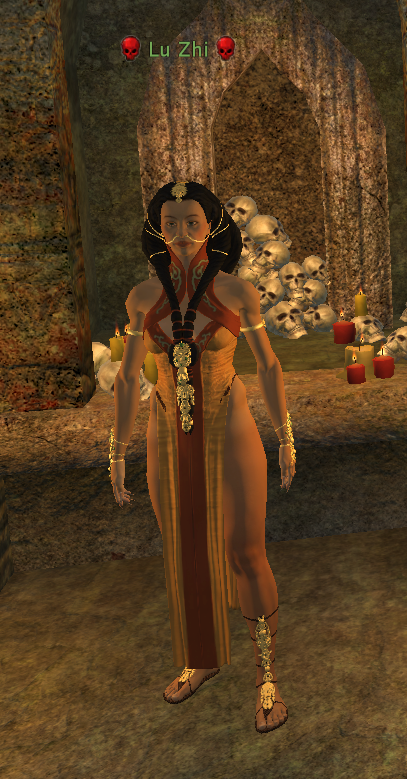 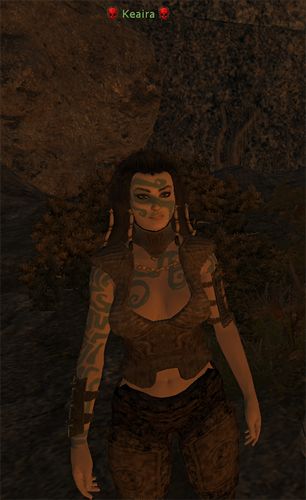