I consider that currently conan exiles continues to go through the usual, the meta, it means that there will always be an armor and weapons above the others, the fact that the slaves give a bonus to the weapon or armor created seems great to me, but it makes no sense that legendary weapons and armor are much worse than the ones that can be crafted, it is not nerf to the slave bonuses, it is balancing the armor and weapons at the current level, since the ones you can craft are much easier to obtain than those of Boss drop

The problem then becomes the fact that while it’s easier to get A legendary weapon then an epic one, once you can make an epic weapon you are basically able to make all epic weapons that you have the feats for.

There is no similar mechanism when it comes to legendary weapons. You can open a hundred legendary chests and still not get the one legendary you wanted

To me the most ideal solution would be to make legendary item reinforcements. These would be special weapon/armor mods with a higher cost (perhaps even a fragment of power) that could only be equipped on legendary items, which could allow legendary items to obtain the same level of power epic items have without just universally buffing legendary items

What about taking for example 10-20 skeleton keys to open special chests with better weapons (on par with siptah gear)? That way we could bake two roast on one fire (fix siptah vs el advantage and make legendary chest usefull)

This mod has the best fix so far in my view: 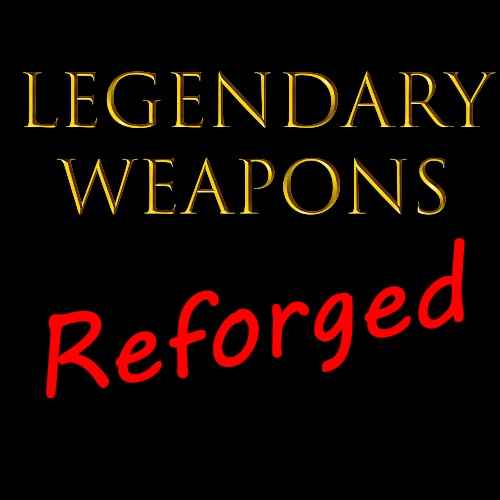 It allows to “reforge” legendaries. Costs one or more fragments of power and adds the blacksmiths’ bonus to legendaries. Simple, but effective.

Or fragments of power. I already have 400+ in a chest and I don’t know what to do with them…

Legendary weapons have a chance to get one, weapons still good like katana from red mother have a ridiculous change to get one
But i can craft a 70~ dmg 24% pnt (upgraded) venom katana
I select 7winds katana cause is the only option i know is better

But you have the grey ones with not much health, who drop (high chance) a 71~ dmg 24%~ pnt (upgraded) bleed katana, no talk about the 2h mace or axe

Make oils, i never swing my pick without oil of bounty.

I’ve never bothered with them I’ve only ever used the advanced tool fitting. Are oils better?

I’ve always avoided oils due to the durability hit.

Just bring a few repair kits, chances are that one have accumulated quite a few of them if you also rich on FOP’s.

Yes, any of that could work but not just 1 fragment, that would be too easy to get best weapon in game - I think that’s good opportunity to make legendary weapons on par with siptah gear.

I thought repair kits only repair if the item is not fully broken? And I thought oils fully broke the item? (That’s largely why I’ve tended to avoid them, lol, so it’d be good to know if I’ve got that wrong…) Does this mean that a decent stack of leg repair kits and FOPs can keep a single black blood pick going for a while, or am I misunderstanding what you’re saying?

I very rarely use the oils to be honest. I have a nlack blood pick to use it with oils when I want to build something and need a lot of stones/iron.
But sinve I can craft legendary weapon repair kits, I might use it more frequently.

When the oil timer goes out, it takes a chunk of durability, but dont break it completely. Apply leg repair kit to it to restore it, then add a new oil. Gives quite a large buff to harvest rate. If you are flushed with fops and kits, i would recomend trying it at least.

Oh sweet! That makes it seem much more worthwhile. Thanks

I tend to agree on the idea that legendaries just aren’t that impressive with a small number of exceptions.

Not all need a buff, but I think the basement needs to be raised a little. While I love the idea of having a fragment of power expending reforge option (to benefit from one’s named smith), I think that at base they should be at least on par with Starmetal versions of that weapon crafted by a tier 3 smith. They don’t have to eclipse blade or edgesmith crafted vault or other earned recipe weapons, but they do need to at least offer something more than the byproduct of breaking a Cimmerian or Accursed on the wheel.

Repairing them is also a bit trickier, requiring a legendary kit (oil, alchemical reagents and hardened steel as well as a tempersmith thrall if you want to make your own) as opposed to the player (read: thrall) crafted weapons.

Also, getting the keys and then finding the cheats and rolling the dice is a somewhat involved process for something that may have it’s only purpose as a wall hanger.

When the oil timer goes out, it takes a chunk of durability, but dont break it completely. Apply leg repair kit to it to restore it, then add a new oil. Gives quite a large buff to harvest rate. If you are flushed with fops and kits, i would recomend trying it at least.

Alternatively, once you’ve completed your once-in-a-blue-moon harvesting, use the Nemedian or Godbreaker Boots to repair tools back at the hootch. To me the timer is like “that’s enough of this junk for a month, Pedro.”

I like, but i want solutions for all platforms