Since an update, the decorative paving stones can be better used.
I would very much like you to increase these items by adding paving stones equivalent to the size of a square and triangular foundation.
Or maybe Simple stone without borders to fill the voids?
Currently their sizes are equivalent to two basic foundation, it is therefore difficult to use them with more elaborate construction.
At the same time, would it be possible to increase their adjustment margin, which is currently too limited.
Too often, they collide on uneven ground and do not support the small difference in level between foundations.
Thank 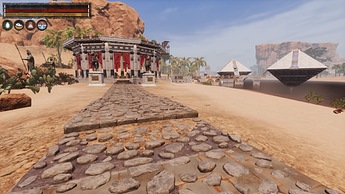 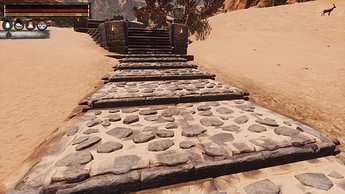 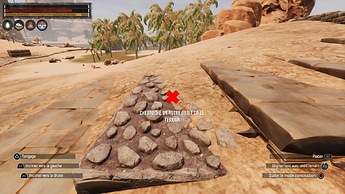 I see on the last image you have a fence foundation in the way, perhaps remove it? It could cause collision issues.

I have checked there is no fence foundation, but thank you, here it is the ground.
When the slopes are gentle, with small shifts, this is not a problem.
here on the image there is only one level difference, and if we go to 2 level, the characters are forced to jump because he does not go up the step
On the other hand, with triangles, it is impossible

A rework of this would be best to make it a texture you can paint on the ground. 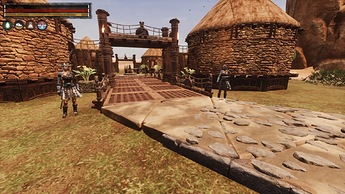 Guys i was not alone!! Even they became “easy” to use they still a hell to place in a non perfect plane ground, i managed to overcome it by stacking the round border one with the angular, but it triggered another problem, the contantly change to abandoned state and tem decay, even being inside a claim area, and even being under the char’s feet. Every week i have to place and remove a pillar near it to refresh their time and then they start dacaying again.

You see!!!
So many years man playing this game, so many years. Builds? I cannot count, I just can’t. I never, ever ever ever ever ever, attached paving stones on foundations, I didn’t knew you could do this either. Man this is “awesome”, thanks a million, really.
Omg, I am still learning new things

, omg.
Thanks a million @GullTopp, really

, thanks to the team who allowed it during an update because it seems to me that it was not possible at the beginning of their release.
So enjoy and treat yourself, because you will never have enough of one life in this infinite possibility contained in our little skulls.

Those look good though. Last and only time I have attempted to use walk ways, you could either barely see them, as the graphic nearly sinks into the ground, or there were too many placement problems, as you mention. So I gave up haha

you know what would be fantastical?

that our dear creator, create an altar to receive our prayers. that would be fun. I imagine a divine note that we could craft whith the manifestation of zeal and other object.
we can formulate a wish for improvement or creation as a message sent with a small animation.
it could be created here automatically in a special section of the creative section

also you can stack, the one with rounded corner and angular corners. Bu it sometimes triggers a bug, the pieces seens to be disconnected from the claim area, and also ignore your presence and no refresh the timer. 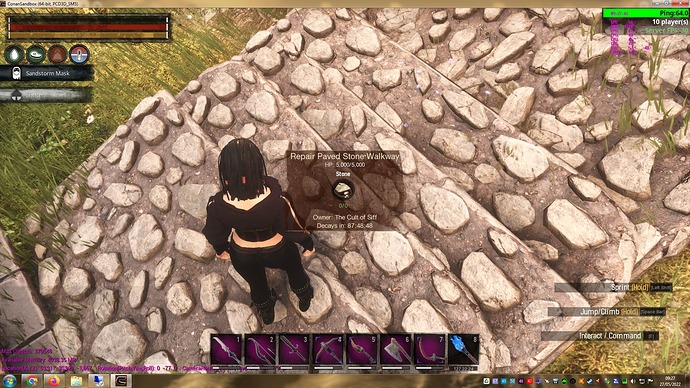